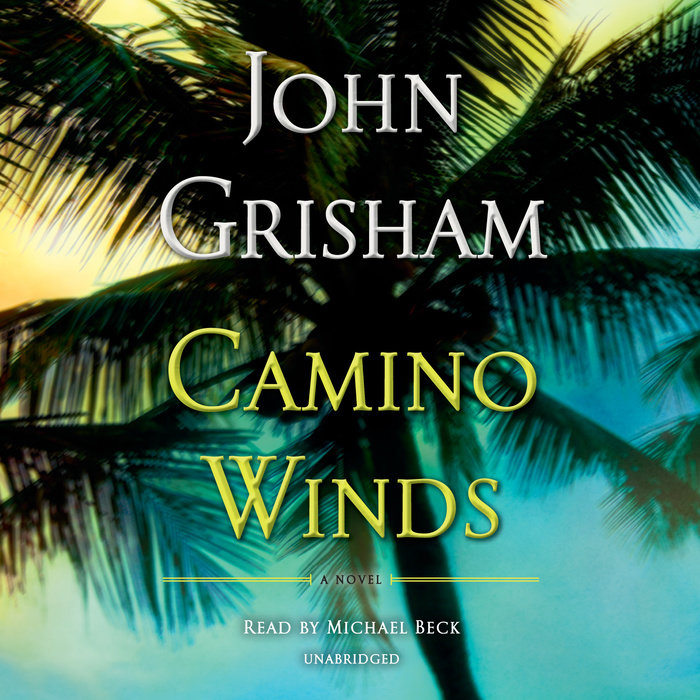 The master of the legal thriller sweeps you away to paradise for a little sun, sand, mystery, and mayhem. With Camino Winds, America’s favorite storyteller offers the perfect escape. Welcome back to Camino Island, where anything can happen—even a murder in the midst of a hurricane, which might prove to be the perfect crime...

Just as Bruce Cable’s Bay Books is preparing for the return of bestselling author Mercer Mann, Hurricane Leo veers from its predicted course and heads straight for the island. Florida’s governor orders a mandatory evacuation, and most residents board up their houses and flee to the mainland, but Bruce decides to stay and ride out the storm.

The hurricane is devastating: homes and condos are leveled, hotels and storefronts ruined, streets flooded, and a dozen people lose their lives. One of the apparent victims is Nelson Kerr, a friend of Bruce’s and an author of thrillers. But the nature of Nelson’s injuries suggests that the storm wasn’t the cause of his death: He has suffered several suspicious blows to the head.

Who would want Nelson dead? The local police are overwhelmed in the aftermath of the storm and ill equipped to handle the case. Bruce begins to wonder if the shady characters in Nelson’s novels might be more real than fictional. And somewhere on Nelson’s computer is the manuscript of his new novel. Could the key to the case be right there—in black and white? As Bruce starts to investigate, what he discovers between the lines is more shocking than any of Nelson’s plot twists—and far more dangerous.

Camino Winds is an irresistible romp and a perfectly thrilling beach read—# 1 bestselling author John Grisham at his beguiling best.
Read More
“In American icon John Grisham’s new novel, Camino Winds, an odd assortment of mystery and crime authors, some of them felons themselves, discover one of their colleagues has been murdered during the fury of a massive hurricane—the perfect crime scene. Since officials are preoccupied with the aftermath of the storm, the authors set out to solve the mystery themselves, in the type of wild but smart caper that Grisham’s readers love.” —Delia Owens, author of Where the Crawdads Sing

“A cat-and-mouse caper…Mr. Grisham is an irresistible writer. His prose is fluent and gorgeous, and he has an ability to end each segment with a terse sentence than makes it all but impossible not to turn the page.”–Pittsburgh Post-Gazette
Read More

5 Audiobook Escapes for the Weekend 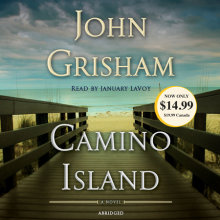