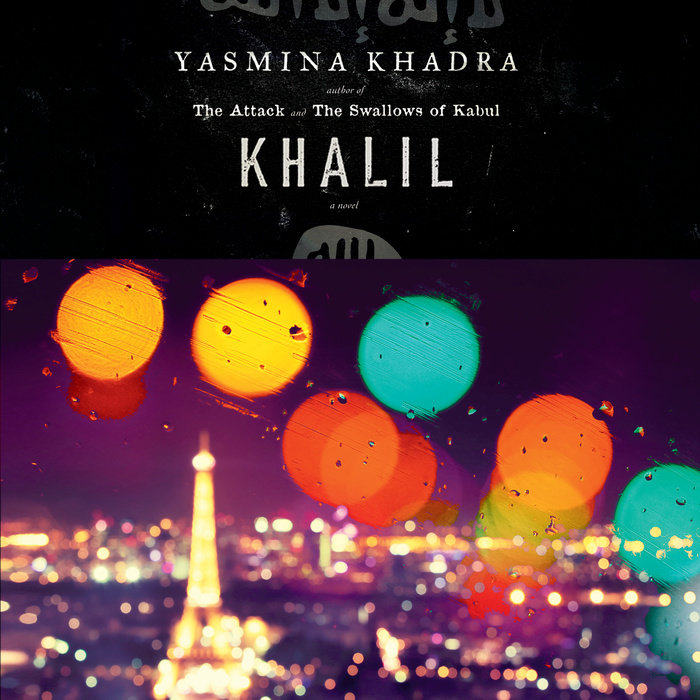 Khalil, a twenty-three-year-old Belgian of Moroccan descent, plans to detonate a suicide vest in a crowd outside the Stade de France on November 13, 2015. Explosions are rocking Paris, at cafés and the Bataclan theater, and when other bombs drive the stadium crowd to flee in his direction, near the Metro, his time has come. He presses his button, and . . . nothing. Fearing he has failed in his mission for Fraternel Solidarity (FS), an ISIS affiliate, Khalil has little choice but to blend in with his would-be victims and run. Back in Belgium, he must lie low and avoid his militant brethren and the authorities. He relies on his family and friends for places to stay, but he keeps the truth about himself secret. All the while, he contemplates what he almost did, and what he will do next--particularly when it comes to light that his vest accidently had been a harmless training unit all along, and FS has a new mission planned for him.
In this daring, propulsive literary thriller, Yasmina Khadra takes readers to the margins of Europe's glittering capitals, through neighborhoods isolated by government neglect and popular apathy, if not outright racism. And he brings to life an unusual protagonist, a young man struggling with family, religion, and politics who makes fateful choices, and in doing so dramatizes powerful questions about society and human nature.
Read More
"Direct and irresistible . . . This novel is both timely and, sadly, timeless. In examining the anatomy of radicalism, Khadra shows that all forms of extremism, whether political, religious or otherwise, stem from the same source: a refusal to see things from an opposing point of view. For Khalil and many others who feel called to commit atrocities in the name of a higher cause, the outcome is only tragedy."
--The New York Times Book Review

"Khadra . . . skillfully shows how someone like Khalil can be turned into a terrorist from a young age. With Khalil's fate—and those of countless potential victims—perpetually hanging in the balance, the book becomes a gripping existential inquiry that earns the author comparisons with Camus. An exciting work of fiction rooted in docu-like reality."
--Kirkus

"Award-winning Yasmina Khadra has penned another fast-paced, thought-provoking and immersive story within a ravishing novel. Khalil tackles the blurry moral edges of agency, right and wrong, guilt, as well as coming to terms with choices and mistakes. Can control of one’s life ever be regained once it has set on a seemingly irreversible course? There is a degree of unsettling intimacy in Khalil’s writing."
--Asian Review of Books

"[Khadra] succeeds . . . in addressing the statelessness many first generations feel, in which neither conformity nor diversity is rewarded. The systemic contempt of these communities erodes any possibility of hope, and this is a form of violence too."
--The Daily Beast
Read More