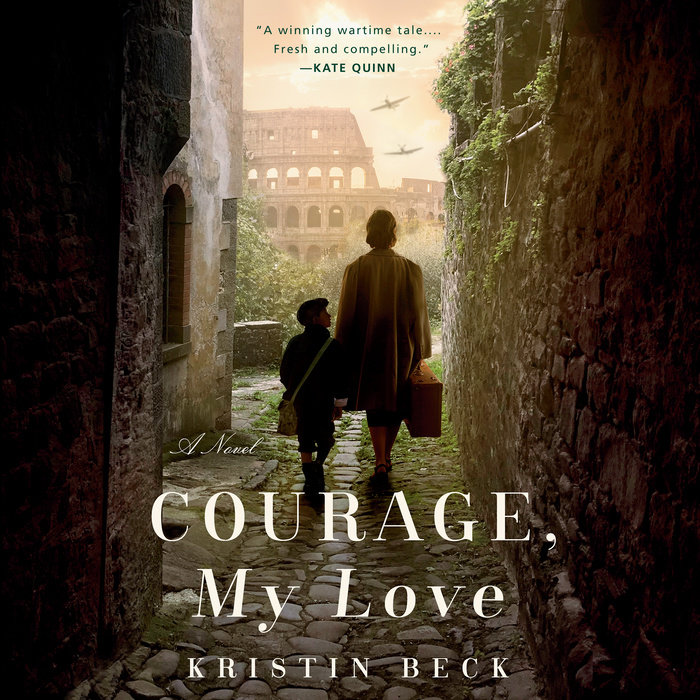 Lucia Colombo has had her doubts about fascism for years, but as a single mother in an increasingly unstable country, politics are for other people--she needs to focus on keeping herself and her son alive. Then the Italian government falls and the German occupation begins, and suddenly, Lucia finds that complacency is no longer an option.

Francesca Gallo has always been aware of injustice and suffering. A polio survivor who lost her father when he was arrested for his anti-fascist politics, she came to Rome with her fiancé to start a new life. But when the Germans invade and her fiancé is taken by the Nazis, Francesca decides she has only one option: to fight back.

As Lucia and Francesca are pulled deeper into the struggle against the Nazi occupation, both women learn to resist alongside the partisans to drive the Germans from Rome. But as winter sets in, the occupation tightens its grip on the city, and the resistance is in constant danger.

In the darkest days, Francesca and Lucia face their pasts, find the courage to love, and maintain hope for a future that is finally free.
Read More
"A winning wartime tale set in the snakepit world of Mussolini's Rome. Single mother Lucia and polio-crippled Francesca make appealing heroines, flowering slowly from reticent bystanders to fierce resistance fighters as the Eternal City comes under German occupation. Kristin Beck's debut is a fresh, compelling read."
—Kate Quinn, New York Times bestselling author of The Huntress

“An extraordinary debut set against the backdrop of the Nazi occupation of Rome, Courage, My Love is historical fiction at its finest. With evocative and compulsively readable prose, Beck weaves a gripping tale of love, loss, patriotism, and courage. Powerful, poignant, and timely, Courage, My Love is a must-read.”
—Chanel Cleeton, New York Times bestselling author of Next Year in Havana, a Reese Witherspoon Book Club Pick

“Francesca and Lucia are two magnificent women. How could anyone not admire their bravery, their strength, their compassion and their fierce determination to do whatever they could to protect both those they love and the people of Rome from the Nazis sweeping through their beloved city. Courage, My Love is a beautiful story of female friendship, and the unheralded but hugely important Resistance work the women of Rome undertook, in the face of grave danger, during WWII. It’s a fascinating, nuanced and impeccably researched tale.”
—Natasha Lester, New York Times bestselling author of The Paris Orphan

“In Courage, My Love, a deeply moving novel of Italy in the Second World War, Kristin Beck plunges the reader deep into the lives of Lucia and Francesca, two women united at first by circumstance and eventually by friendship. It illuminates, often to heartrending effect, the uncertainty, upheaval, violence and viciousness of the Nazi occupation of Rome; and it portrays, with sensitivity and profound empathy, the many ways in which ordinary people confronted evil with selflessness and true valor. In this wonderful novel, Beck brings a lesser-known chapter of wartime history to vivid life with settings that are perfectly observed, down to the smallest detail, and with characters so imperfectly real they all but jump from the page. Courage, My Love is a beautiful and breathtaking book. It is certainly one of the finest works of World War Two historical fiction I have ever read.”
—Jennifer Robson, USA Today bestselling author of The Gown

“Fans of Elena Ferrante and Kristin Hannah will relish this gritty tale of perseverance and resistance set in the Eternal City during World War II. I learned a great deal about the Italian front and the tangled web of friendship and romance kept me turning pages well into the night. A bold and gripping debut.”
—Kerri Maher, Author of The Girl In White Gloves

"A profound anthem to the tremendous courage that transformed two ordinary Italian women into extraordinary heroes during the harrowing days of Mussolini and Hitler. A powerful story, powerfully told!"
—Stephanie Marie Thornton, USA Today bestselling author of And They Called It Camelot

“A powerful, moving story that so perfectly captures the turbulent and devastating times in Italy during WWII. Told with compassion and great skill, Kristin Beck draws a vivid portrait of two women, separated from the men they love, who join forces with the resistance. Though set during WWII, many will relate to the strife that comes from having family members with strong political beliefs that don’t align with our own. Beck is a strong, new voice in historical fiction.”
—Renée Rosen, National bestselling author of Park Avenue Summer

“Kristin Beck transports us right into the heart of war-stricken Rome and creates a riveting story about brave women who will stop at nothing to protect the people they love. A tale of resistance, resilience, and friendship—this is exactly the type of historical fiction we need right now. Brava!”
—Elise Hooper, Author of Fast Girls

"A stunning debut....Each page is turned in suspense to find out if the Allies are indeed arriving to force the Germans out of Rome. Kristin Beck’s characters are developed with equal amounts of childhood background, family strife, and political alignments. The secondary characters, Partisans, Nazi sympathizers, and German officers are written with such depth and personal detail that readers will find much to admire or despise, as appropriate."
—Historical Novel Reviews

“The tension never lets up in this gripping tale of WW2 Italy, its narrative set in a Rome occupied by German forces. Amidst the hardships of war, two very different young women confront their fears and draw on their deepest beliefs for the courage to resist. Lucia and Francesca are unforgettable characters and stayed with me long after the final page.”
—Janie Chang, Author of The Library of Legends

“Courage, My Love, is a moving story about how ordinary people can do extraordinary things when working together for good. Beck crafts a tale of both heart-pounding intensity and deep emotional resonance, with characters who will stay with the reader long after the pages are closed. Poignant and beautiful.”
—Erika Robuck, National bestselling author of The Invisible Woman

“Powerful and immensely moving, Kristin Beck’s debut novel plunges readers headlong into the dark days of  WWII-era Rome. A beautifully written story of women at war, Courage, My Love will linger with you long after you turn the final page.”
—Bryn Turnbull, Author of The Woman Before Wallis

“Kristin Beck is an exciting new voice in women’s historical fiction with her immersion into the Italian Resistance during WW2. From the first page, Lucia and Francesca will grab you with their hearts and their fire. I haven’t held my breath so much while reading a book in a while.”
—Kaia Alderson, Author of Sisters in Arms 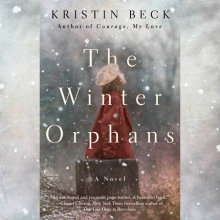