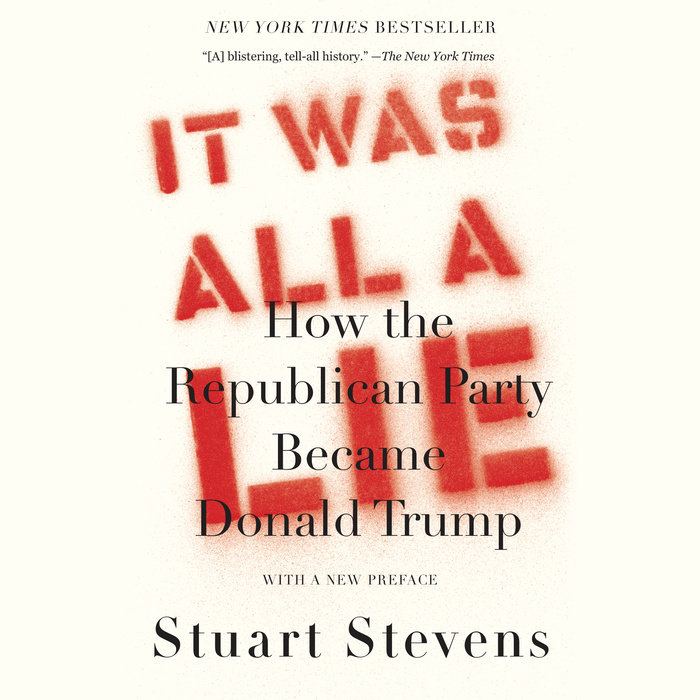 “A blistering tell-all history. In his bare-knuckles account, Stevens confesses [that] the entire apparatus of his Republican Party is built on a pack of lies." —The New York Times

Stuart Stevens spent decades electing Republicans at every level, from presidents to senators to local officials. He knows the GOP as intimately as anyone in America, and in this new book he offers a devastating portrait of a party that has lost its moral and political compass.

This is not a book about how Donald J. Trump hijacked the Republican Party and changed it into something else. Stevens shows how Trump is in fact the natural outcome of five decades of hypocrisy and self-delusion, dating all the way back to the civil rights legislation of the early 1960s. Stevens shows how racism has always lurked in the modern GOP's DNA, from Goldwater's opposition to desegregation to Ronald Reagan's welfare queens and states' rights rhetoric. He gives an insider's account of the rank hypocrisy of the party's claims to embody "family values," and shows how the party's vaunted commitment to fiscal responsibility has been a charade since the 1980s. When a party stands for nothing, he argues, it is only natural that it will be taken over by the loudest and angriest voices in the room.
Read More
"Stevens stands out among Trump’s conservative critics because of his candor about the deeper rot at the core of the GOP... He offers a grand mea culpa for his own role in paving the way for Trumpism."
—Sean Illing, Vox

"It Was All a Lie is unlike anything published in the Trump era: a photo negative of the genre of self-justifying apparatchiks... He’s written a history of the modern GOP from an insider’s perspective, as well as something deeply personal."
—Benjamin Wofford, Washingtonian

“A blistering tell-all history. In his bare-knuckles account, Stevens confesses [that] the entire apparatus of his Republican Party is built on a pack of lies."
—The New York Times

"This book is going to become an important reference volume for future historians trying to explain what happened to the Republican Party in the second half of the 20th century and the Trump era. It takes someone with Stuart Stevens' insights as a writer to be able to see this story and deliver it to us the way he has."
—Lawrence O'Donnell

"Washington in 2020 often beggars belief: an American President answering a deadly pandemic with ignorance, inflaming racial unrest with racism, stoking violent confrontations while his fearful party stands mute... What if the accounting comes from one of the Republican Party's most accomplished political strategists, an insider provoked by Trump to reconsider his life's work? In fact, it has. Stevens dissects several categories of deception. Though he could not have anticipated it -- the book, completed last September, does not include the words "coronavirus" or "George Floyd" -- events of recent days keep offering improbably-vivid evidence for his assessments.
—CNN

"A blistering attack on the modern Republican Party and its wholesale surrender to Donald Trump... His willingness to tell the truth should serve as a model for the mea culpas that Republicans who enabled Trump’s corruption, norm-shattering, and immorality owe us."
—Michael A. Cohen, The Boston Globe

"An epitaph, of interest to all politics junkies, for a formerly venerable party by a champion-turned-gravedigger."
—Kirkus 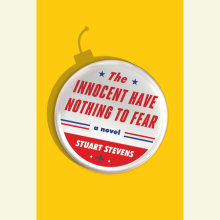