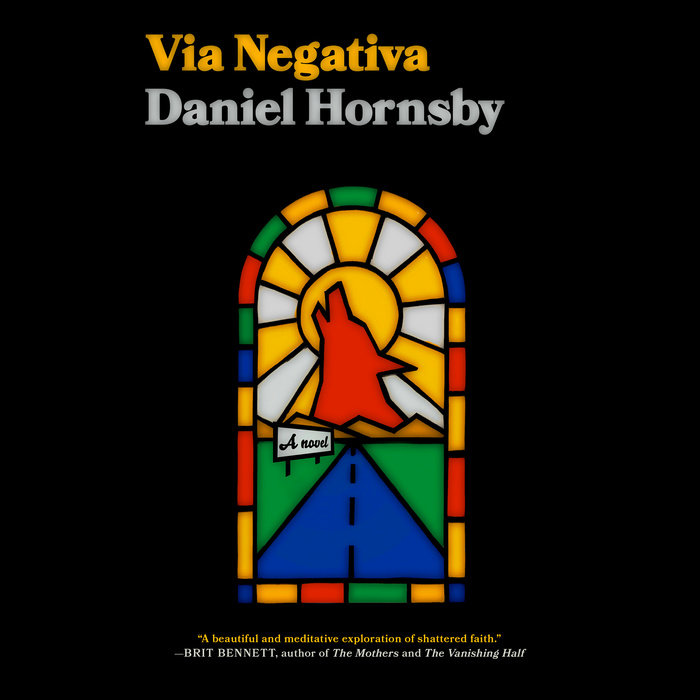 Written by: Daniel Hornsby
Read by: Mark Bramhall
6 Hours and 13 Minutes Imprint: Random House Audio Genre: Fiction - Literary Release Date: August 11, 2020
A heartfelt, daring, divinely hilarious debut novel about a priest who embarks on a fateful journey with a pistol in his pocket and an injured coyote in his backseat.

"A beautiful and meditative exploration of shattered faith." —Brit Bennett, author of The Vanishing Half

Father Dan is homeless. Dismissed by his conservative diocese for eccentricity and insubordination, he’s made his exile into a kind of pilgrimage, transforming his Toyota Camry into a mobile monk’s cell. Like the ascetic religious philosophers he idolizes, he intends to spend his trip in peaceful contemplation. But then he sees a minivan sideswipe a coyote. Unable to suppress his Franciscan impulses, he takes the wild animal in, wrapping its broken leg with an old T-shirt and feeding it Spam with a plastic spoon.

With his unexpected canine companion in the backseat, Dan makes his way west, encountering other offbeat travelers and stopping to take in the occasional roadside novelty (MARTIN’S HOLE TO HELL, WORLD-FAMOUS BOTTOMLESS PIT NEXT EXIT!). But the coyote is far from the only oddity fate has delivered into this churchless priest’s care: it has also given him a bone-handled pistol, a box of bullets, and a letter from his estranged friend Paul—a summons of sorts, pulling him forward.

By the time Dan gets to where he’s going, he’ll be forced to reckon once and for all with the great mistakes of his past, and he will have to decide: is penance better paid with revenge, or with redemption?

Read More
“[An] unorthodox road-trip novel. . . . Subtly and movingly, the novel teases out the uneasy relationship between loneliness and godliness. . . . The reckoning brings to the fore themes of guilt, grief, shame and trauma. . . . Via Negativa takes some wonderfully mysterious byways.”
—The Wall Street Journal

"A beautiful and meditative exploration of shattered faith. Daniel Hornsby follows a damaged priest's journey through the American heartland after a disturbing discovery shakes his belief in the church to which he has devoted his life. A quietly devastating book from an exciting new voice."
—Brit Bennett, author of The Vanishing Half

“This promising, energetic debut novel has a plot like the setup to a joke: A priest who’s losing his religion is on the road with a pistol, an injured coyote and a letter from an estranged friend driving him to revenge.”
—The New York Times Book Review

“What a terrific setup: a retired priest with more than enough on his mind—and heart—heads out on the road with a hurt coyote in the back seat. I was drawn in right away by the layered tones of this new voice, which was at once ruminative, and earnest, and sly.  And by Hornsby’s courage in taking on an iconic American genre. The novel reminded me again that the only true way home is by the longest and most wayward route.”
—Peter Heller, author of The River

“This novel of troubled faith and unlikely connection features an elderly pot-taking priest, mystically inclined and at odds with Catholic conservatism. . . . He tries to emulate early Christian hermits and ruminates on the ‘via negativa,’ the belief that you can’t know God, only what God is not. If you approach faith any other way, he muses, ‘you wind up making God in your own image and forget to look for Him anywhere else.’”
—The New Yorker

“Engrossing. . . . [A] funny debut novel about guilt. . . . [Charles] Portis' dry humor and the spirit of his eccentric and endearing idiot-protagonists feel very much alive in Father Dan. . . . His voice is what draws you in and wins you over. It's the heart and the motor of the book.”
—Connor Turque, National Catholic Reporter

“Hornsby’s vivid description . . . would make Hemingway smile. . . . Hornsby does a masterful job tamping down Catholic doctrine and allowing the reader to enjoy and understand the story without religious judgment. Riding along with [this] priest on his journey offers the right amount of anticipation.”
—Kathleen Kaska, The New York Journal of Books

“A cross-country metaphysical and theological Travels With Charley with a priest and coyote rather than John Steinbeck and his poodle. . . . Hauntingly spiritual [with] what I call a Midwest sensibility which consists of a certain gentleness combined with a clear-eyed insight into human frailty.”
—J. Brent Bill, Englewood Review of Books

"Daniel Hornsby's Via Negativa is a novel of daring possibilities. As brief as it is, its scope is as large as an epic as it tackles questions of theology, spirituality, and modernity, amongst others, in prose shot through with humor and grace. It is an assured novel waiting patiently to be noticed."
—Chigozie Obioma, author of The Fishermen and An Orchestra of Minorities

"In Via Negativa, a retired priest living ‘on the edge of the outside’ drives across the country with an injured coyote in the backseat, reckoning with his demons and the question of what we owe to other people. This quietly wise and graceful novel knows so much about what we don’t know, about visions and signs and everyday tragedy, ‘the cloud of unknowing.’ A book to savor in lonely times."
—Elisa Gabbert, author of The Unreality of Memory

“Father Dan’s regrets and doubts about his impact as a priest come through amid acerbic humor, and the kinetic prose keeps the melancholic, slow burn kindled throughout. Hornsby has got the goods, and his stirring tale of self-reflection, revenge, and theological insight isn’t one to miss.”
—Publishers Weekly (starred review)

“A beautifully crafted story. . . . Dealing with the scandals in the Catholic church, lifelong friendship, and regrets, Via Negativa is a striking debut that forces readers to consider what holds us back from action.”
—Booklist

“This story of an unusual person on a most  unusual road trip is so engaging that the reader becomes totally caught up in the intrigue of the moment and the character’s sometimes bizarre back-stories as he contemplates his life. . . . Readers looking for something thoughtful but not turgid will find much to love here.  Though Father Dan seems very naive . . . he is a constantly evolving character.”
—Mary Whipple Reviews
Read More 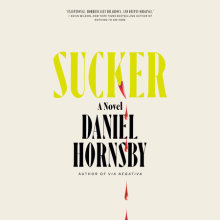