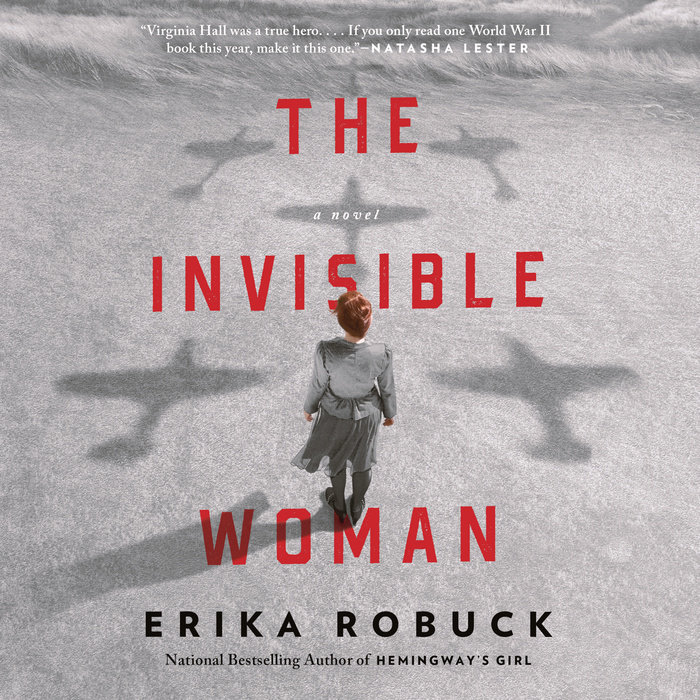 “If you only read one WWII book this year, make it this one."—Natasha Lester, New York Times bestselling author of The Paris Orphans

In the depths of war, she would defy the odds to help liberate a nation…a gripping historical novel based on the remarkable true story of World War II heroine Virginia Hall, from the bestselling author of Hemingway’s Girl

France, March 1944. Virginia Hall wasn't like the other young society women back home in Baltimore—she never wanted the debutante ball or silk gloves. Instead, she traded a safe life for adventure in Europe, and when her beloved second home is thrust into the dark days of war, she leaps in headfirst.

Once she's recruited as an Allied spy, subverting the Nazis becomes her calling. But even the most cunning agent can be bested, and in wartime trusting the wrong person can prove fatal. Virginia is haunted every day by the betrayal that ravaged her first operation, and will do everything in her power to avenge the brave people she lost.

While her future is anything but certain, this time more than ever Virginia knows that failure is not an option. Especially when she discovers what—and whom—she's truly protecting.
Read More
One of Parade's "Best Winter 2021 Book Releases"!

"Robuck delivers an edge-of-the-seat WWII spy story based on the life of OSS agent Virginia Hall. Skillfully weaving events from the agent’s past with the tension-filled days and nights of 1944, Robuck creates an indelible portrait of an unforgettable hero."—Publishers Weekly (starred review)

“The Invisible Woman is a highly satisfying read and one of the best World War II novels I have read in quite a while. The intensity is unrelenting, and the crimes committed by the Nazis are on full display here....We may not have learned about Virginia Hall’s role as a heroine in history class, but this novel ensures her efforts will remain invisible no longer.”—Criminal Element

“An extraordinary profile of the immense courage and daring of Virginia Hall and an intimate look at the cost of war, The Invisible Woman is a must-read. Emotionally charged, compulsively readable, richly detailed and meticulously researched, Robuck’s novel brings a forgotten World War II heroine to life and thrusts the reader into a dangerous world of espionage. An unforgettable book!”—Chanel Cleeton

“A alpha female heroine, along with an engaging plot loaded with realism, makes for a captivating historical thriller.  Even better, it’s all drawn from the life of a real American hero.”—Steve Berry, New York Times bestselling author of The Warsaw Protocol

"In this captivating, page-turning read, the talented Erika Robuck plunges her readers deep into the little-known, critical espionage undertaken by the brilliant and brave spy Virginia Hall during World War II. The Invisible Woman shines a light on this courageous historical woman, whose pioneering work as an agent deserves recognition.”—Marie Benedict, New York Times bestselling author of The Only Woman in the Room

"In The Invisible Woman, Erika Robuck shows us exactly how biographical fiction should be written: with respect for the historical record, a deep understanding of the subject, and the empathy to allow the character at the heart of the novel to shine through. Virginia Hall was a true hero and she comes to extraordinary life in this book. I loved everything about it, from Virginia’s bravery to her frailties, to the enthralling evocation of life with the French Resistance during WWII, to the incredible courage of the ordinary people who fought for freedom and who are honoured here. If you only read one WWII book this year, make it this one."—Natasha Lester, New York Times bestselling author of The Paris Orphans

Erika Robuck has given readers a precious gift. Her heroine, Virginia Hall, was a singular figure whose true life story is the stuff of inspiration and legend—Nazi hunters, secret spy work from Paris to the Pyrenees, and epic feats of human goodness and bravery amid some of modern history’s darkest moments. Robuck combines meticulous historical research with stunning prose and unforgettable characters to offer a book that is breathtakingly beautiful, and readers will not be able to put it down.”—Allison Pataki, New York Times bestselling author of The Queen’s Fortune

"Robuck has mastered the balance of weaving fact with imagination to bring history’s intriguing and under-appreciated female figures to life. The harrowing exploits of WWII secret agent Virginia Hall are told with such nail-biting detail, there were times I had to close the book and wait for my pulse to drop. Absolutely riveting.”—Lee Woodruff, journalist and New York Times bestselling author of Those We Love Most

“The Invisible Woman is THE book for current times. The bigger-than-life heroine, Virginia Hall, and her band of Resistance fighters are ripped from the history books and put into glorious technicolor by talented author Erika Robuck. As a WW2 super-spy and French Resistance leader, Hall's sacrifices, courage, and endurance—all done with a prosthetic leg improbably named "Cuthbert"—was instrumental in expelling the Nazis from France. With gripping prose that brings the terror of war onto the pages, and highlights the selflessness of ordinary people fighting together for a cause, The Invisible Woman should be required reading for everyone today.”—Karen White, New York Times bestselling author

“If you love historical fiction with a huge-hearted juggernaut of a heroine, The Invisible Woman is for you. This tense and vivid novel stands out because of its unforgettable main character. Virginia is a vigilant spy, a fearless soldier and an unflinching commander. And yet, despite her vows to remain otherwise, she also becomes a person with great love for the people she is striving to liberate. Her desire for victory and vengeance animates every chapter, and her conscience enlivens every page. When you like a character, and then admire her, and then want to meet her, you know the author has made her come uniquely alive. I read this book in a blur -- that's how compelling it was.”—Stephen P. Kiernan, author of Universe of Two and The Baker’s Secret

“Full of heart, this is a harrowing tale of survival and bravery during one of the world’s darkest times."—Booklist

"The novel has received a lot of positive attention and it should, for its strong, fascinating heroine and her cinematic derring-do.”—AARP.com
Read More 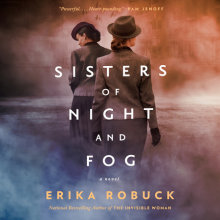