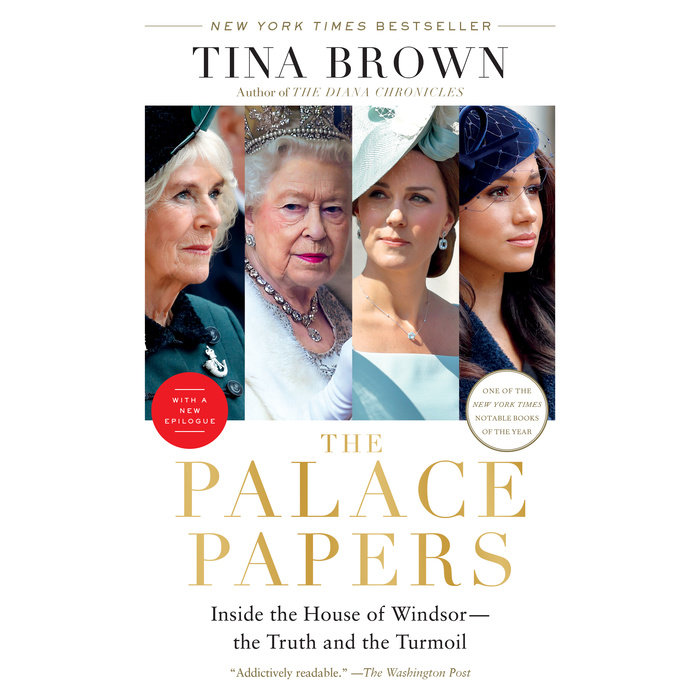 “The beach read of the summer . . . juicy, satisfying entertainment.”—Town & Country

“Never again” became Queen Elizabeth II’s mantra shortly after Princess Diana’s tragic death. More specif­ically, there could never be “another Diana”—a mem­ber of the family whose global popularity upstaged, outshone, and posed an existential threat to the Brit­ish monarchy.

Picking up where Tina Brown’s masterful The Diana Chronicles left off, The Palace Papers reveals how the royal family reinvented itself after the trau­matic years when Diana’s blazing celebrity ripped through the House of Windsor like a comet.

Brown takes readers on a tour de force journey through the scandals, love affairs, power plays, and betrayals that have buffeted the monarchy over the last twenty-five years. We see the Queen’s stoic re­solve after the passing of Princess Margaret, the Queen Mother, and Prince Philip, her partner for seven decades, and how she triumphs in her Jubilee years even as family troubles rage around her. Brown explores Prince Charles’s determination to make Camilla Parker Bowles his wife, the tension between William and Harry on “different paths,” the ascend­ance of Kate Middleton, the downfall of Prince An­drew, and Harry and Meghan’s stunning decision to step back as senior royals. Despite the fragile monar­chy’s best efforts, “never again” seems fast approaching.

Tina Brown has been observing and chronicling the British monarchy for three decades, and her sweeping account is full of powerful revelations, newly reported details, and searing insight gleaned from remarkable access to royal insiders. Stylish, witty, and erudite, The Palace Papers will irrevoca­bly change how the world perceives and under­stands the royal family.
Read More
“Zingers crisscross these pages like tracer fire. . . . [Tina Brown] becomes the ideal tour guide: witty, opinionated and adept at moving us smoothly from bedchamber to belowstairs while offering side trips to the cesspits of the tabloid press, the striving world of second-tier celebrities and the threadbare lodgings of palace supernumeraries.”—The Wall Street Journal

“Frothy and forthright, a kind of ‘Keeping Up With the Windsors’ with sprinkles of Keats.”—The New York Times

“[Tina Brown] deploys her sterling contacts and deeply embedded sources, her familiarity with British royal history and her personal encounters with royals, palace courtiers, politicians and journalists to serve up a luscious feast of . . . well, yes, gossip. But what elegant gossip, dressed up in Brown’s stylish sentences and erudite insights.”—USA Today

“Addictively readable . . . the most essential book of the Markle interregnum.”—The Washington Post

“Gripping . . . [The] real power of this book is the cumulative picture it builds of lives as they have to be lived by the rules and customs of the Windsor palaces.”—The Daily Beast

“Brown is a deft and wily royal chronicler, marshaling a heavy arsenal of details into a wickedly edible narrative. Her cynical eye and free, indirect style sustain and synthesize a range of viewpoints, and she’s retained the editor’s knack for devastating capsule descriptions. . . . An excellent primer for the unpredictable years ahead.”—Los Angeles Times

“A motherlode of delectable royal gossip . . . Brown has produced a work both scholarly and scandalous that makes us think about what the post-Elizabethan world may bring, alternately amusing and horrifying us along the way. . . . Vivid and richly embroidered.”—The Independent (UK)

“A compulsive read . . . Brown’s turn of phrase—honed by decades at the helm of Tatler, Vanity Fair and The New Yorker—is the stuff of The Queen and The Crown creator Peter Morgan’s scriptwriting dreams.”—The Telegraph (UK)

“The devil is in the delicious detail. . . . Brown tackles her subjects with the same brio she brought to her years as a highly regarded magazine editor. . . . Her access to those who flit around the royals gives her writing an edgy authenticity.”—Daily Mail

“Brown thrashes her way through absolutely everything that has happened to the family since the end of the last book in 1997. . . . Charles and Camilla are vividly brought to life in a series of well-researched stories and anecdotes.”—The Sunday Times (UK)

“It’s hard to look away as Tina Brown delves into decades’ worth of royal scandals.”—The Guardian (UK) 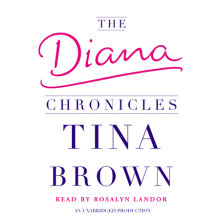