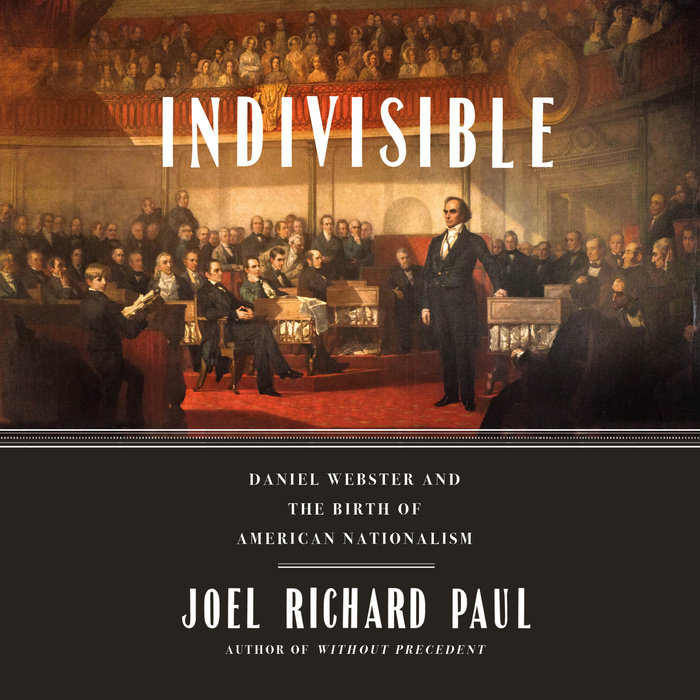 When the United States was founded in 1776, its citizens didn’t think of themselves as “Americans.” They were New Yorkers or Virginians or Pennsylvanians. It was decades later that the seeds of American nationalism—identifying with one’s own nation and supporting its broader interests—began to take root. But what kind of nationalism should Americans embrace? The state-focused and racist nationalism of Thomas Jefferson and Andrew Jackson? Or the belief that the U.S. Constitution made all Americans one nation, indivisible, which Daniel Webster and others espoused?

In Indivisible, historian and law professor Joel Richard Paul tells the fascinating story of how Webster, a young New Hampshire attorney turned politician, rose to national prominence through his powerful oratory and unwavering belief in the United States and captured the national imagination. In his speeches, on the floors of the House and Senate, in court, and as Secretary of State, Webster argued that the Constitution was not a compact made by states but an expression of the will of all Americans. As the greatest orator of his age, Webster saw his speeches and writings published widely, and his stirring rhetoric convinced Americans to see themselves differently, as a nation bound together by a government of laws, not parochial interests. As these ideas took root, they influenced future leaders, among them Abraham Lincoln, who drew on them to hold the nation together during the Civil War.

As he did in Without Precedent and Unlikely Allies, Joel Richard Paul has written in Indivisible both a compelling history and a fascinating account of one of the founders of our national perspective.
Read More
Praise for Indivisible:

“The Webster who emerges from Mr. Paul’s pages is a fascinating figure…Webster’s career also serves as the armature for Mr. Paul’s analysis of the forces that shaped American nationalism during the first half of the 19th century.” —The Wall Street Journal

“A majestic history….[Paul] fashions an impressively multilayered narrative….. An ambitious work that wonderfully delineates the formative years of the nation’s character.” —Kirkus (STARRED)

“Paul examines…the role that 19th-century lawyer, congressman, and orator Daniel Webster played in promoting the idea of American nationalism based on the Constitution.…Full of fascinating digressions and astute analysis, this is a rewarding look at one of America’s most enduring fault lines.” —Publishers Weekly

“With a lucidity to match his subject's famed eloquence of the spoken word, Joel Richard Paul shows how Daniel Webster's oratorical brilliance helped define the meaning of Union in the antebellum era.” ―James M. McPherson, author of the Pulitzer Prize−winning Battle Cry of Freedom: The Civil War Era

“Indivisible tells the remarkable story of Daniel Webster, a towering American whose hypnotic oratory in the nineteenth century helped define the character of the American nation. When Webster died, Ralph Waldo Emerson said that ’the world had lost the completest man.’ This, then, is the completest book on the completest man. A stirring and monumental achievement.” ―Congressman Jamie Raskin, author of Unthinkable: Trauma, Truth, and the Trials of American Democracy

“This is an impressively researched book that is also a fine example of narrative analysis and old-fashioned storytelling. Indivisible recounts how Webster made nationalism a civic religion in a country with deep political division over questions of racial equality. This is a must read as issues of race and national identity continue to vex the country.” ―Anita Hill, Brandeis University professor of social policy, law, and women's studies and author of Believing: Our Thirty-Year Journey to End Gender Violence

“Joel Richard Paul's richly contextual biography of Daniel Webster vividly captures the flawed, brilliant leader who forged American institutions and identity. From incandescent oratory to morally muddled compromises, Webster did everything he could to battle extremism and division, a struggle all too resonant in our own polarized times.” —T.J. Stiles, author of the Pulitzer Prize-winning The First Tycoon and Custer's Trials

“In this compelling narrative, Joel Richard Paul portrays the tragedy of the man whose devotion to the Union could not overcome the strident demands of slaveholders and the populist racism of whites in the North and South. This insightful account gives Webster his due in a cautionary tale for a nation once again struggling to sustain constitutional liberty for all its people.” ―Robert A. Gross, Bancroft Prize−winning author of The Minutemen and Their World and The Transcendentalists and Their World

“Joel Richard Paul’s wonderful book blends episodes from the life of Daniel Webster, the silver-tongued orator who defined American national identity with kaleidoscopic coverage of other leaders and the events that nearly tore the country apart during the first half of the nineteenth century.” ―William Taubman, Pulitzer Prize−winning author of Khrushchev: The Man and His Era and Gorbachev: His Life and Times 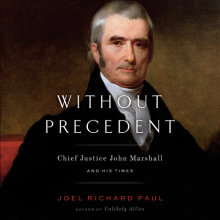