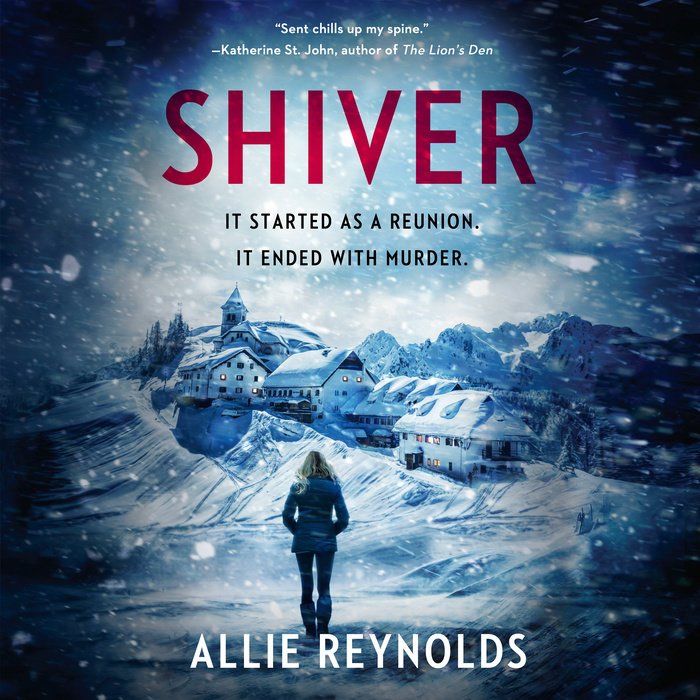 Written by: Allie Reynolds
Read by: Olivia Vinall
10 Hours and 23 Minutes Imprint: Penguin Audio Genre: Fiction - Thrillers - Suspense Release Date: January 19, 2021
In this propulsive locked-room thriller debut, a reunion weekend in the French Alps turns deadly when five friends discover that someone has deliberately stranded them at their remote mountaintop resort during a snowstorm.

When Milla accepts an off-season invitation to Le Rocher, a cozy ski resort in the French Alps, she's expecting an intimate weekend of catching up with four old friends. It might have been a decade since she saw them last, but she's never forgotten the bond they forged on this very mountain during a winter spent fiercely training for an elite snowboarding competition.

Yet no sooner do Milla and the others arrive for the reunion than they realize something is horribly wrong. The resort is deserted. The cable cars that delivered them to the mountaintop have stopped working. Their cell phones--missing. And inside the hotel, detailed instructions await them: an icebreaker game, designed to draw out their secrets. A game meant to remind them of Saskia, the enigmatic sixth member of their group, who vanished the morning of the competition years before and has long been presumed dead.

Stranded in the resort, Milla's not sure what's worse: the increasingly sinister things happening around her or the looming snowstorm that's making escape even more impossible. All she knows is that there's no one on the mountain she can trust. Because someone has gathered them there to find out the truth about Saskia...someone who will stop at nothing to get answers. And if Milla's not careful, she could be the next to disappear...
Read More
One of PopSugar and Bustle's "Most Anticipated Books of January"

“[A] gripping debut thriller… Reynolds writes with the same fast-paced intensity of an energy drink-fueled trip down the slopes. Alongside its central mystery, Shiver offers an intimate look at the convoluted relationships of athletes who excel at a sport most people are too cautious even to attempt--including what happens when the truth becomes inescapable, both because of the blizzard and other equally unpredictable forces.”--Shelf Awareness

"Deep in the breathtaking winter bleakness of the French Alps, revenge—and perhaps even murder—is most definitely afoot...This suspenseful debut thriller by a former freestyle snowboarder contains both style and substance."--Kirkus Reviews (starred review)

“[A] buzzy debut…The story alternates between the present and 10 years prior, ratcheting up the suspense and spooling out a cast of intriguing characters drawn together atop a picturesque yet deadly mountain. Reynolds, a former international snowboarder, delivers the thrills in her must-read debut."--Library Journal (starred review)

"Exciting...Reynolds, a former competitive snowboarder, brings authenticity to her Alpine setting with her detailed descriptions of the sport. Fans of locked-room mysteries will have fun."--Publishers Weekly

“An atmospheric winter treat. Recommend it to those who enjoyed recent tales of reunions gone awry."--Booklist

“Reynolds, a former snowboarder turned author, delivers with this locked-room mystery that calls to mind a Golden Age tradition of disparate characters summoned to isolated locales to reckon with their sins.”--CrimeReads

"Allie Reynolds’ debut novel is full of suspense and a multitude of plot twists....A genuine page-turner that will keep you guessing until the very end."--Bookreporter.com

“[A] compelling locked-room thriller...this buzzy debut is filled with suspense and thrills that will keep you reading long into the night.”--Bookriot

"A fantastic debut!...This aptly named thriller will keep you riveted in your seat…This author skillfully weaves her knowledge of snowboarding with a mystery full of twists and turns… A winter thriller must-read.”--Manhattan Book Review

"A chilling read - it was gripping from the off and really kept me guessing! I loved being immersed in the competitive world of snowboarding and was completely transported to the mountains. The tension kept ratcheting relentlessly as I kept reading - so much so, I had to keep looking over my shoulder even though I was reading in my (snow-free!) garden! A fantastic, thrilling debut full of atmospheric twists and turns - I can't wait for her next book!"--Sarah Pearse, author of The Sanatorium

“Allie Reynolds’ aptly named debut Shiver sent chills up my spine! This taut and twisty thriller follows five former snowboarding champions trapped in a deserted ski resort, each hiding dark secrets about their shared past that pit them against one another. Cancel all your plans because once you pick up this page turner, you won't be able to put it down until you've reached its shocking conclusion!”—Katherine St. John, author of The Lion’s Den

“Five former friends who no longer trust each other are stranded on top of a mountain—what could go wrong? Every character is a suspect in this cleverly plotted page-turner. Reynolds’ writing is so atmospheric; I could feel the snow in my eyes, the wind on my face! All hail the chiller thriller.”—Stephanie Wrobel, author of Darling Rose Gold

“A tour-de-force, a truly gripping chiller of a thriller, genuinely impossible to put down and a sensational debut."--Peter James, author of Find Them Dead

"A high-velocity, heart-in-your-mouth whodunnit that delivers not just twists and turns but McTwists and aerial spins, Shiver is a total joy to read…Perfect for fans of Lucy Foley and Ruth Ware.”—Anna Downes, author of The Safe Place

"Could not turn the pages of this book fast enough to find out what had happened. Gripping!" Natasha Lester, author of The Paris Secret

“Exhilarating. A brilliant combination of knife-sharp locked room mystery with a will they/won’t storyline. So cleverly done – I felt like I was there.”—Harriet Tyce, author of Blood Orange

“In Shiver, Allie Reynolds manages to combine the excitement of a clever, compelling story with all the thrills of competitive snowboarding. I loved it.”—Rachel Abbott, author of The Murder Game

“A white-knuckle-ride through a dangerous world full of deadly ambition.”—Erin Kelly, author of He Said, She Said

"An absolutely gripping read and genuinely unputdownable...Fresh, thrilling and original with complex, believable characters."—Karen Hamilton, author of The Perfect Girlfriend

"A deliciously dark locked room mystery about competitive snowboarders who find themselves stranded at the top of a snowy mountain. Throw in a dead woman, shameful secrets, years of resentment and someone out for revenge and you have an exciting, twisty page-turner that keeps you guessing all the way to the end."--CL Taylor, author of Sleep

"Absolutely superb. I loved the claustrophobic setting, the cast of characters and the mysterious past. It was paced beautifully and I flew through it in one cold, creepy weekend. It's an astonishingly accomplished debut and I can't wait to see what's next from Allie."--Jo Spain

"This stunning debut, set against an original and very cool snowboarding backdrop, will chill you to the bone! Allie Reynolds brilliantly leads readers on a twisted, haunting, nail-biting journey through a terrifying weekend. With alternating timelines and characters with their own dangerous agendas, Shiver is a tour de force of a thriller. I could not put this book down!"--Samantha Bailey, author of Woman on the Edge
Read More

Winter Listens That Will Chill You to the Bone 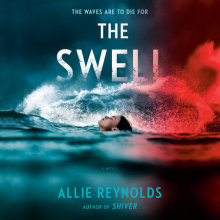