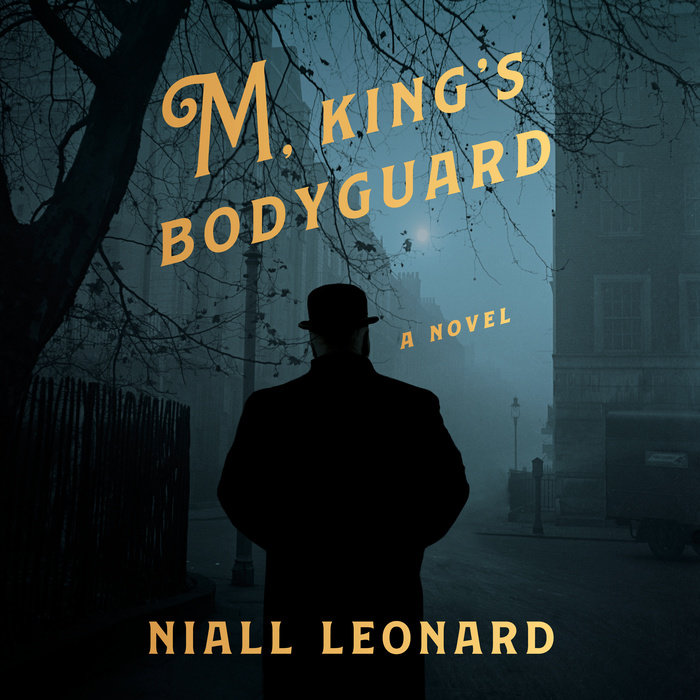 Written by: Niall Leonard
Read by: Marcus Lamb
9 Hours and 40 Minutes Imprint: Random House Audio Genre: Fiction - Mystery & Detective - Historical Release Date: July 13, 2021
A thrilling, "action-packed page-turner" (Wall Street Journal) based on a true story of anarchy and assassination in Edwardian London, centred around one detective’s mission to preserve the life of his king and prevent a bloody war in Europe.

From humble beginnings in Ireland, William Melville has risen through hard work, intelligence, and occasional brute force to become head of Scotland Yard’s Special Branch, personal bodyguard to Queen Victoria and her family, and the scourge of anarchists at home and abroad. But when the aged Queen dies in January 1901 and the crowned heads of Europe converge on London for her funeral, Melville learns of a conspiracy, led by a mysterious nihilist known only as Akushku, to assassinate Kaiser Wilhelm of Germany at the ceremony.

Racing to prevent the atrocity, Melville and his German counterpart Gustav Steinhauer find themselves tangled in a web of adultery, betrayal, and violence. As the funeral looms ever closer, Melville realizes that Akushku is the most resourceful and vicious foe he has yet encountered—but is the greater threat from Melville’s enemies, or his allies?
Read More
“An action-packed page-turner.”
—Wall Street Journal

“Historical fiction at its best. Based on actual events and real characters, author Niall Leonard weaves fact and fiction into engrossing tale that informs as well as entertains.”
—Florida Times-Union

“Authentic, rich, and completely absorbing, Niall Leonard’s new novel is historical but feels like its own magnificently built world, an Edwardian London as morally murky and lovingly detailed as Philip Kerr’s Berlin. We can only hope there are further Melville books to come.”
—Charles Finch, author of An Extravagant Death

“Niall Leonard expertly evokes time and place, and makes it all seem so effortless I suspect he has a time machine in his attic. M, King's Bodyguard mixes equal parts intrigue and suspense, and will keep you up all night reading.”
—Alex Grecian, author of The Yard

“The narrative reads with immediacy and intensity. . . . This is an engrossing read with finely honed detail that does not impede the plot, and blistering action providing counterpoint to carefully worded dialog where inference is the essence.”
—Historical Novels Review

“A lively and assured historical drama. . . . Melville and Steinhauer, along with many other characters, are based on historical personages, and their portraits—along with that of stinking, foggy London—are finely drawn. . . . Scenes of shootouts, explosions, and hurtling locomotives are refreshingly vivid. The novel’s quieter moments are, however, its best, and none is better than its final twist. . . . A briskly paced, richly atmospheric historical thriller.”
—Kirkus Reviews

“Based on real people and real events, the story is both tense and methodical in equal measure as Melville follows frustratingly opaque clues as the clock ticks. . . . Leonard delivers a crisp procedural elevated by intriguing characters on both sides of the law.”
—Booklist
Read More