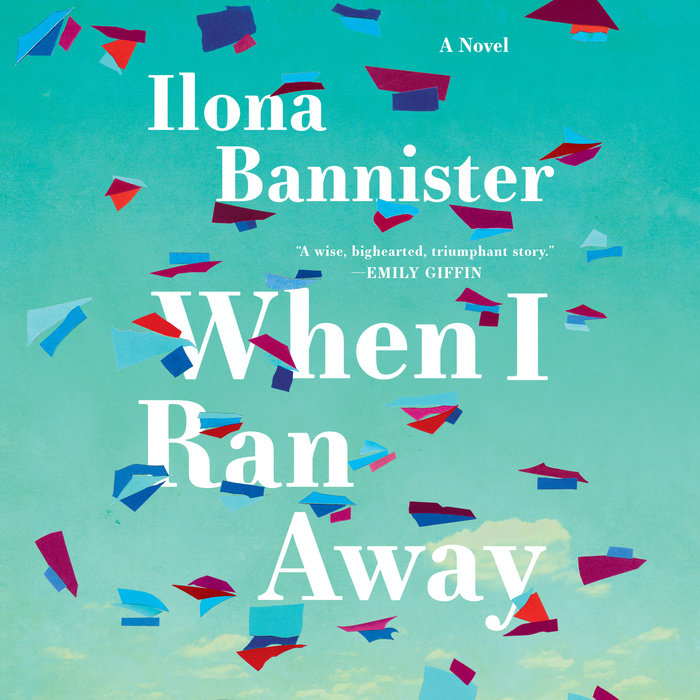 Written by: Ilona Bannister
Read by: Jesse Vilinsky
11 Hours and 21 Minutes Imprint: Random House Audio Genre: Fiction - Women Release Date: March 30, 2021
Longlisted for the Center for Fiction’s 2021 First Novel Prize • A rich, bighearted debut that takes us from working-class Staten Island in the wake of the September 11th attacks to moneyed London a decade later, revealing a story of loss, motherhood, and love.

As the Twin Towers collapse, Gigi Stanislawski flees her office building and escapes lower Manhattan on the Staten Island Ferry. Among the crying, ash-covered, and shoeless passengers, Gigi, unbelievably, finds someone she recognizes--Harry Harrison, a British man and a regular at her favorite coffee shop. Gigi brings Harry to her parents' house, where they watch the television replay the planes crashing for hours, and she waits for the phone call that will never come: the call from Frankie, her younger brother.

Ten years later, Gigi, now a single mother consumed with bills and unfulfilled ambitions, meets Harry, again by chance, and they fall deeply, headlong in love. But their move to London and their new baby--which Gigi hoped would finally release her from the past--leave her feeling isolated, raw, and alone with her grief. As Gigi comes face-to-face with the anguish of her brother's death and her rage at the unspoken pain of motherhood, she must somehow find the light amid all the darkness. Startlingly honest and shot through with unexpected humor, When I Ran Away is an unforgettable first novel about love--for our partners, our children, our mothers, and ourselves--pushed to its outer limits.
Read More
A Good Morning America Must-Read Book

"A thematic companion to Kiley Reid’s Such a Fun Age, Bannister’s novel is a searing insight into the complexities of motherhood and the interminable frustration of the tiny needs, musts, and wants that keep a family moving. A gripping, introspective read.”
—Booklist

"A beautiful and unflinching story of loss, motherhood and love in all its forms. Both heartbreaking and funny, Bannister perfectly captures the brilliant darkness of existing. I adored this brave debut."
—Ella Berman, bestselling author of The Comeback

“Ilona Bannister is the best friend every new mother wants—the one who tells you it’s OK to fall apart and the one who makes you laugh until you get back up again. This first novel is a wise, big-hearted, triumphant story of marriage and motherhood.”
—Emily Giffin, #1 New York Times bestselling author of The Lies that Bind

"A furious and tender exploration of family and motherhood. A novel about survival - in the immediate sense, but also how you keep hold of yourself in those small every day moments of erasure."
—Pandora Sykes, author of How Do We Know We Are Doing It Right?

"When I Ran Away is a profoundly moving story showing the redemptive power of love and acceptance—of friends, family and also of ourselves. Richly textured, populated by wonderfully observed, deftly drawn characters, from the hilarious chorus of Staten Island girlfriends to the blinkered office colleagues and the desperate-to-seem-in-control women of the mums and babies group. A smart, brave and often very funny book that’s full of hope for the future. I was captivated."
—Sarah Haywood, bestselling author of The Cactus

“How much can one woman take? That is the question this novel asks, furiously [and] impatiently. . . Gigi is sharp and funny and endearing. . . A searing account of the pain and rage motherhood can sometimes produce.”
—Kirkus
Read More