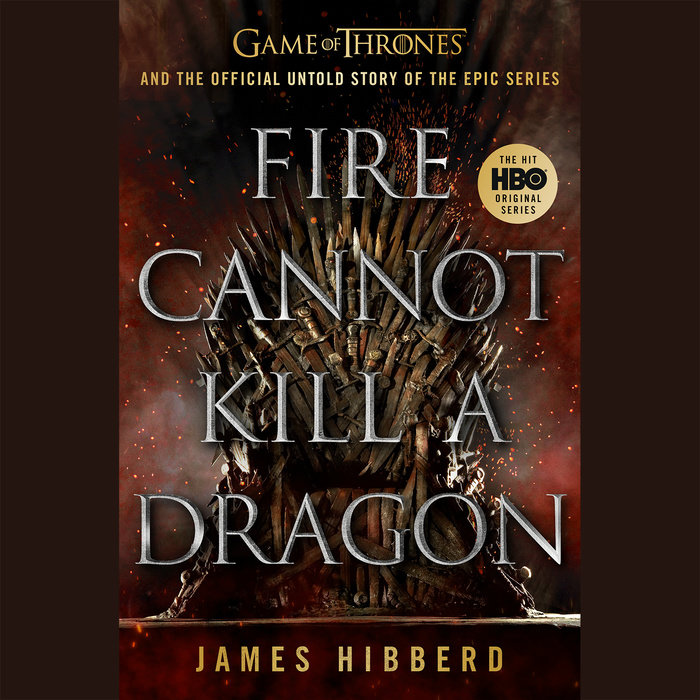 It was supposed to be impossible. George R.R. Martin was a frustrated television writer who created his bestselling A Song of Ice and Fire fantasy novels to be an unfilmable saga bound only by the limits of his vast imagination. Then a pair of first-time TV writers teamed with HBO to try and adapt Martin’s epic. We’ve all seen the eight seasons of the Emmy-winning fantasy series that came next. But there is one Game of Thrones tale that has yet to be told: the 13-year behind-the-scenes struggle to pull off this extraordinary phenomenon.

In Fire Cannot Kill a Dragon, award-winning Entertainment Weekly writer James Hibberd chronicles the untold story of Game of Thrones, from the creative team’s first meetings to staging the series finale and all the on-camera battles and off-camera struggles in between. The audiobook draws from more than 50 revealing new interviews, rare and stunning photos, and unprecedented access to the producers, cast, and crew who took an impossible idea and made it into the biggest show in the world.

GAME OF THRONES and all related characters and elements © & TM Home Box Office, Inc.
Read More
“James Hibberd covered Game of Thrones from start to finish and he knows where all the bodies are buried. It's all here, in his oral history of the series: how it began, how it ended, dragons and direwolves, what went on in front of the cameras and what went on behind the scenes, the triumphs and the stumbles, the tough decisions, the forks in the road, the reasons why. Actors, directors, showrunners, producers, executives, even me. . . . Fire Cannot Kill a Dragon has it all, everything you ever wanted to know. Game of Thrones was an amazing ride. Fire Cannot Kill a Dragon is an amazing read.”—George R. R. Martin

“A great read, informative and insightful . . . Hibberd’s impressive reach also helps; he speaks to just about every major player in the show’s orbit, from actors like Peter Dinklage, Emilia Clarke, and Kit Harington to directors like Neil Marshall and Miguel Sapochnik, the people responsible for some of the show’s most ambitious episodes.”—The A.V. Club

“After spending a decade religiously covering the HBO fantasy hit series, the Entertainment Weekly writer delivers all of the behind-the-scenes secrets of Westeros in a must-read for fans. With over fifty interviews to offer new insights and never-before-seen photos from the secretive set, Hibberd might just become King in the North (Pole) this holiday.”—E! News

“This book will change how you see Game of Thrones.”—Wired
Read More