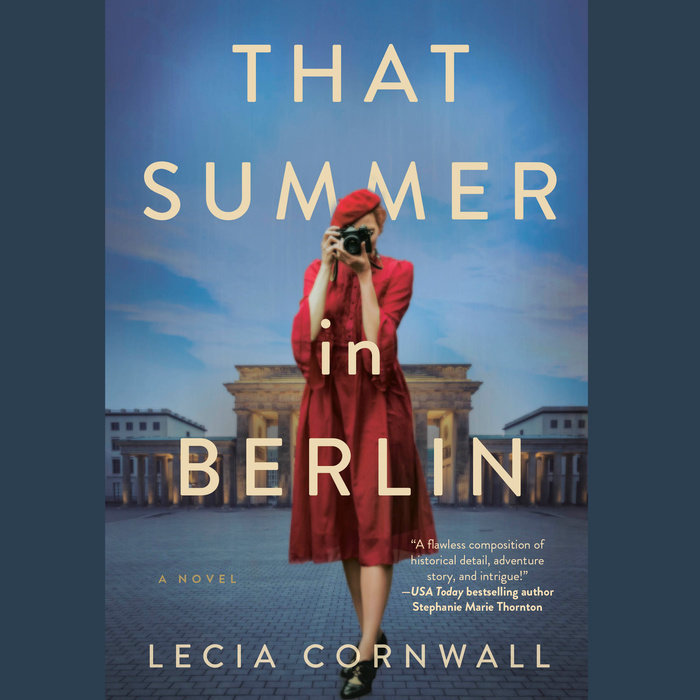 German power is rising again, threatening a war that will be even worse than the last one. The English aristocracy turns to an age-old institution to stave off war and strengthen political bonds—marriage. Debutantes flock to Germany, including Viviane Alden. On holiday with her sister during the 1936 Berlin Olympics, Viviane’s true purpose is more clandestine. While many in England want to appease Hitler, others seek to prove Germany is rearming. But they need evidence, photographs to tell the tale, and Viviane is a genius with her trusty Leica. And who would suspect a pretty, young tourist taking holiday snaps of being a spy?

Viviane expects to find hatred and injustice, but during the Olympics, with the world watching, Germany is on its best behavior, graciously welcoming tourists to a festival of peace and goodwill. But first impressions can be deceiving, and it’s up to Viviane and the journalist she’s paired with—a daring man with a guarded heart—to reveal the truth.

But others have their own reasons for befriending Viviane, and her adventure takes a darker turn. Suddenly Viviane finds herself caught in a web of far more deadly games—and closer than she ever imagined to the brink of war.
Read More
Praise for That Summer in Berlin

“Adventure, romance, danger, and intrigue – That Summer in Berlin is the story of one woman’s courageous use of her talents in photography to peel back the glamorous veneer of pre-war Germany and expose the atrocities of the Nazi regime. Set during the Olympics of 1936 in Berlin, Lecia Cornwall’s research shows itself perfectly in this gripping tale.” —Madeline Martin, New York Times bestselling author of The Last Bookshop in London

“This book has it all! Intrigue, drama, and romance, and all seamlessly woven into transportive settings graced with unforgettable characters. And if that’s not enough the writing is absolutely delicious. I was hooked from page one.”—Susan Meissner, bestselling author of The Nature of Fragile Things

"As the world tiptoes closer to war, an intrepid photographer travels to Germany to expose the dark underbelly of Hitler's picture-perfect 1936 Olympics. That Summer in Berlin is a flawless composition of historical detail, adventure story, and intrigue, with a dash of romance thrown in for good measure!"—Stephanie Marie Thornton, USA Today bestselling author of A Most Clever Girl

“That Summer in Berlin is an enthralling and terrifying journey through pre-WWII Germany, where staggering beauty and congeniality are meant to distract Olympic tourists from the machines of war, growing in the shadows. Readers will adore the plucky, courageous heroine who sees beyond the façade and risks everything for the truth. Prepare to lose sleep.”—Erika Robuck, national bestselling author of Sisters of Night and Fog

“This story about an English debutante who agrees to spy for her country during the 1936 Berlin Olympics is a tense and thrilling read that sweeps you from castles and country estates to the glittering enticements of high society in Nazi Germany. Gripping action, political intrigue, and conflicted relationships guarantee you’ll read this in one sitting.”—Janie Chang, national bestselling author of The Library of Legends

“With That Summer In Berlin, Lecia Cornwall brilliantly captures the unsettling paranoia and blind idolatry that characterized Hitler’s Germany. Set against the glittering spectacle of the 1936 Summer Games, her latest novel tightens the tension page by delicious page while giving us a heroine who exemplified the everyday courage of those who dared to expose the truth.”—Alix Rickloff, author of The Way to London

“Viviane Alden, an English debutant and amateur photojournalist-turned spy, struggles to expose the ugliness of Nazism behind the shining façade Germany presents to the world during the 1936 Berlin Olympics. Filled with intrigue, danger and love, That Summer in Berlin is a vivid depiction of the stunning beauty of Germany and the contrasting horror of Hitler’s regime. Gripping historical fiction you can’t put down!”—Christine Wells, author of Sisters of the Resistance
Read More 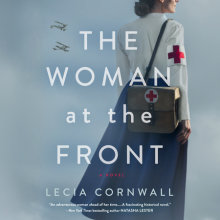