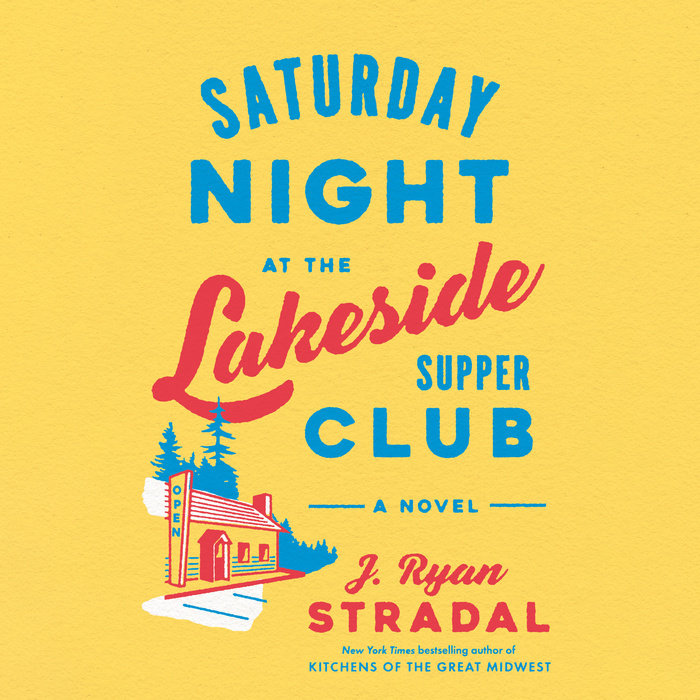 Mariel Prager needs a break. Her husband Ned is having an identity crisis, her spunky, beloved restaurant is bleeding money by the day, and her mother Florence is stubbornly refusing to leave the church where she’s been holed up for more than a week. The Lakeside Supper Club has been in her family for decades, and while Mariel’s grandmother embraced the business, seeing it as a saving grace, Florence never took to it. When Mariel inherited the restaurant, skipping Florence, it created a rift between mother and daughter that never quite healed.
Ned is also an heir—to a chain of home-style diners—and while he doesn't have a head for business, he knows his family's chain could provide a better future than his wife's fading restaurant. In the aftermath of a devastating tragedy, Ned and Mariel lose almost everything they hold dear, and the hard-won victories of each family hang in the balance. With their dreams dashed, can one fractured family find a way to rebuild despite their losses, and will the Lakeside Supper Club be their salvation?
In this colorful, vanishing world of relish trays and brandy Old Fashioneds, J. Ryan Stradal has once again given us a story full of his signature honest, lovable yet fallible Midwestern characters as they grapple with love, loss, and marriage; what we hold onto and what we leave behind; and what our legacy will be when we are gone.
Read More
Praise for Saturday Night at the Lakeside Supper Club:

“Stradal...displays his gift for writing female characters who are fully realized, sometimes unlikable, but always as flawed and compelling as real people. The Midwest setting is written with love and respect, and while the story is often heartbreakingly sad, there’s also real warmth and comfort in Stradal’s writing. A loving ode to supper clubs, the Midwest, and the people there who try their best to make life worth living.”
—Kirkus (starred)


Praise for The Lager Queen of Minnesota:

“This charmer of a tale is a loving ode to the Midwest, the power of persistence and, perhaps above all, beer. . . Warm, witty and--like any good craft beer--complex, the saga delivers a subtly feminist and wholly life-affirming message.”
—People

“This generous spirit makes The Lager Queen of Minnesota a pleasure to read and the perfect pick-me-up on a hot summer day.”
—Washington Post

“Delightfully intoxicating. . . will make you smile with its droll humor, and its poignant moments will stop you to reread and confirm that they are really that good. In beer-geek slang, Stradal’s novel is ‘crushable’ — easygoing, well-balanced, super-drinkable with tons of flavor … and will make you go back for more.”
—USA Today

“In Stradal’s follow-up to his best-selling debut, Kitchens of the Great Midwest, the Minnesota native’s energetic prose once again captures the optimism of the heartland.”
—Time Magazine

“Complex female characters, tragedies, and descriptions. . . will awaken all your senses. . . The book is The Lager Queen of Minnesota, but this release could cement J. Ryan Stradal as the King of Midwestern novels.”
—Entertainment Weekly

“I read J. Ryan Stradal’s Kitchens of the Great Midwest on a flight. I buckled my seatbelt, opened the book and when I looked up again, the flight attendant was asking if I needed assistance getting off the plane. I didn’t, but now you know the spell this author can cast. He does it again with The Lager Queen of Minnesota.”
—Elisabeth Egan for The New York Times

“The fortunes and foibles of a brewery mirror the relationship between two sisters tussling over a family farm in this quirky, enchanting novel reminiscent of Jane Smiley's A Thousand Acres.”
—O Magazine

“Everything about this book satisfies — from how the characters grow to how beer-making is described to Stradal's hilarious assessment of lagers vs. IPAs. You may never drink a beer in ignorance again.”
—The Minneapolis Star Tribune

“Wonderful. . . Stradal’s gift for getting the reader to invest in these lives is particularly profound.”
—The Chicago Tribune

“Stradal's second novel goes down easy. Imbued with Midwestern references and the importance of a 'can-do' attitude, this warm, witty novel willappeal to fans of Curtis Sittenfeld and Meg Wolitzer.”
—Booklist (starred)

“This book tastes great, is quite filling and never bitter.”
—BookPage (starred)

“Stradal’s writing is sharp and funny while still managing to treat each character with warmth and respect. . .  this is an ultimately hopeful and heartwarming story. . . . Readers will love watching these truly original characters overcome their challenges and take care of each other. An absolutely delightful read, perfect for a summer day with a good beer and a piece of pie.”
—Kirkus Reviews (starred)

“Refreshing. . .This story about how a family business succeeds with generations of strong and determined women at the helm makes for a sometimes sad, sometimes funny, but always winning novel.”
—Publishers Weekly

Praise for Kitchens of the Great Midwest:

"An impressive feat of narrative jujitsu. . . that keeps readers turning the pages too fast to realize just how ingenious they are."
—The New York Times Book Review, Editor's Pick

"This is a book that made me want to have a more full and colorful life, a life with cookbooks and a well-used kitchen, and to delight at all the goodness that can be put in front of us.”
—Los Angeles Review of Books

“A sweet and savory treat.”
—People

“The author's gentle skewering of foodie snobs (from county fair doyennes to the vegan/gluten-free/soy-free police) is spot on, and the blend of humor, warmth, and longing that he uses to portray family relationships make the book insightful and endearing. Savor it page by page.”
—Oprah.com

“Kitchens of the Great Midwest is a terrific reminder of what can be wrested from suffering and struggle – not only success, but also considerable irony, a fair amount of wisdom and a decent meal.”
—Jane Smiley, The Guardian

"Warning: this will make you hungry. . . . You won’t be able to put it down. And it will up your kitchen game."
—The Skimm

"Garrison Keillor’s got nothing on [J. Ryan Stradal]!"
—'Here and Now', NPR

“A tender coming-of-age story with a mix of finely rendered pathos and humor.”
—Washington Post

“Stradal’s debut novel tackles foodie culture with all the finesse of a pastry chef... Reading Kitchens is all pleasure.”
—LA Magazine

“Foodies and those who love contemporary literature will devour this novel that is being compared to Elizabeth Strout’s Olive Kitteridge. A standout.”
—Library Journal (starred review)

“[Kitchens of the Great Midwest is] the first novel about the emergence and current state of foodie culture… Fundamentally, [it’s] about what happens when opposing personalities coexist: those who bake with real butter versus those who don’t, those who obsess over heirloom tomatoes alongside those who don’t even know what they are. It uses these categories as a way to look at one of the most confusing, liberating truths there is, which is that often the people we think we’re the least like are the ones we end up needing the most.”
–Book Forum

“[A] delicious debut from Stradal.. . Food and family intertwine in this promising debut that features triumph, heartbreak, and even recipes.”
—Kirkus Reviews

“Stradal’s first novel is a refreshing and brisk read, with a sophisticated sense of such glories of foodie culture as open-pollinated heirloom corn, pan-seared Walleye and Caesar Cardini’s original Caesar Salad.”
—BBC.com

“Stradal’s debut is charming, rife with hardy, self-deprecating humor, but in Kitchens of the Great Midwest [Stradal] really proves his mettle as a novelist to look out for.”
—Bustle.com
Read More 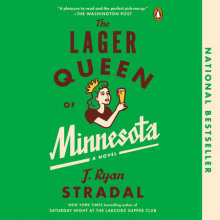 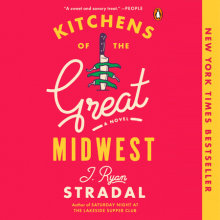