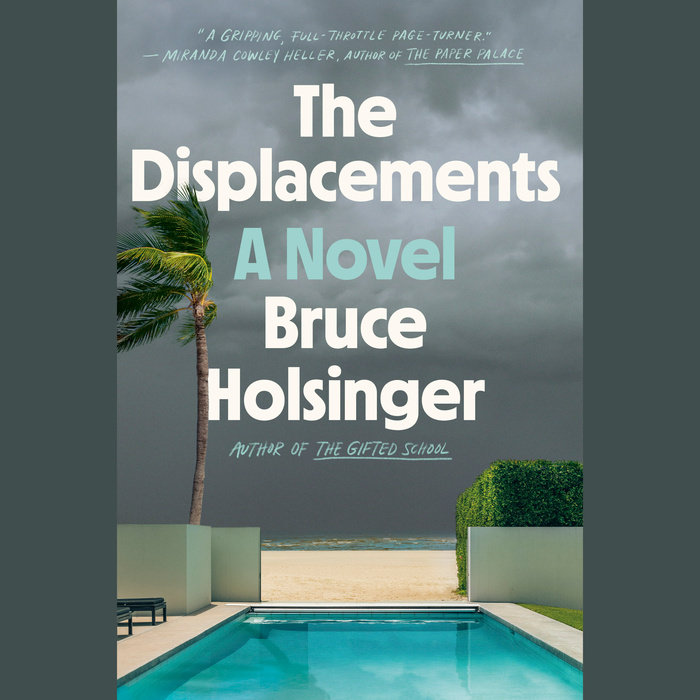 "I gripped the covers of this book as though it might be blown from my hands. . .powerful." - Ron Charles, The Washington Post

To all appearances, the Larsen-Hall family has everything: healthy children, a stable marriage, a lucrative career for Brantley, and the means for Daphne to pursue her art full-time. Their deluxe new Miami life has just clicked into place when Luna—the world’s first category 6 hurricane—upends everything they have taken for granted.

When the storm makes landfall, it triggers a descent of another sort. Their home destroyed, two of its members missing, and finances abruptly cut off, the family finds everything they assumed about their lives now up for grabs. Swept into a mass rush of evacuees from across the American South, they are transported hundreds of miles to a FEMA megashelter where their new community includes an insurance-agent-turned-drug dealer, a group of vulnerable children, and a dedicated relief worker trying to keep the peace. Will “normal” ever return?

A suspenseful read plotted on a vast national tapestry, The Displacements thrillingly explores what happens when privilege is lost and resilience is tested in a swiftly changing world.
Read More
Praise for The Displacements:

"Incredibly fast-paced and incredibly scary...I truly could not put it down...it's just one of those books that you'll pass along and recommend. Perfect for this time of year."—Elisabeth Egan, New York Times Book Review Podcast

“Holsinger has built an apocalyptic plot on ground more secure than the foundations of many Miami homes . . . Indeed, the disaster that The Displacements whips up isn’t just powerful enough to smear Miami off the map; it’s powerful enough to wipe away our naive confidence that such a disaster isn’t coming for us. . .”—The Washington Post

"The novel’s laser focus is on our present moment, and reading The Displacements is like bingeing a monthslong news cycle in six hours...a thorough translation to fiction of what it can feel like to live right now. It’s hypnotic."—New York Times Book Review

“Holsinger makes us aware of how precarious our lives are in this world of drastic climate change.” —San Francisco Chronicle

“In Bruce Holsinger’s cinematic new novel…readers are caught up in the epic sweep of hundreds of thousands of others who have also suffered the loss of homes, loved ones and finances… The Displacements shines when it portrays alliances and factions amid the mass of people so suddenly brought together…Holsinger delivers a nasty twist to the Larsen-Halls’s story that inserts a well-placed jolt of suspense… A book worth picking up.”—USA Today

“Brilliantly imagined and terrifyingly believable. Seems destined to be a blockbuster.”—Kirkus, STARRED review

“[A] harrowing novel of environmental disaster…This story of displacement and desperation packs a wallop.”–Publishers Weekly

“A riveting and humbling reminder of how precarious our lives are in comparison to the power of nature, and a profound glimpse into our near future.” – Mary Beth Keane, New York Times bestselling author of Ask Again, Yes

“Realistic and immediate, it puts the reader right in the eye of the emotional storm, alongside its characters. As much as this is a wake-up call about the unpredictable nature of weather and life, it is most powerfully a propulsive family drama and a provocative story of human dignity, human indignity, and the deeper meanings of home.” – Miranda Cowley Heller, author of the #1 New York Times bestseller The Paper Palace

“Bruce Holsinger has written a novel that succeeds in confronting the shocking realities of these times without being either apocalyptic or pessimistic. The Displacements is an urgent, powerful, unputdownable novel, filled with characters that are so vividly drawn that it is impossible not to care about them. A remarkable achievement.” – Amitav Ghosh, author of Sea of Poppies and The Great Derangement: Climate Change and the Unthinkable

“Tense, claustrophobic, and all too imaginable. A reminder that disaster doesn’t only happen to other people, that in a heartbeat each of us can be put to the test in a desperate search for physical and emotional survival. Holsinger's beautifully drawn characters are made even more human by their relatable vulnerability in this gripping, twisty drama.”– Diane Chamberlain, New York Times bestselling author of The Last House on the Street


Praise for The Gifted School:

"A page-turning meditation on what it means to be gifted — and how far parents will go to prove it."—NPR

"Wise and addictive... The Gifted School is the juiciest novel I've read in ages... a suspenseful, laugh-out-loud page-turner and an incisive inspection of privilege, race and class. . . .The book goes down as easy as a gin and tonic on a summer day, but the takeaway is damning. In their quest to give their offspring the best, these parents have committed, as one member of the group realizes too late, 'a collective crime against childhood.."—J. Courtney Sullivan in The New York Times 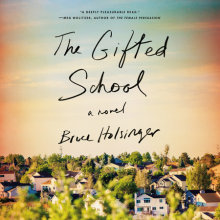