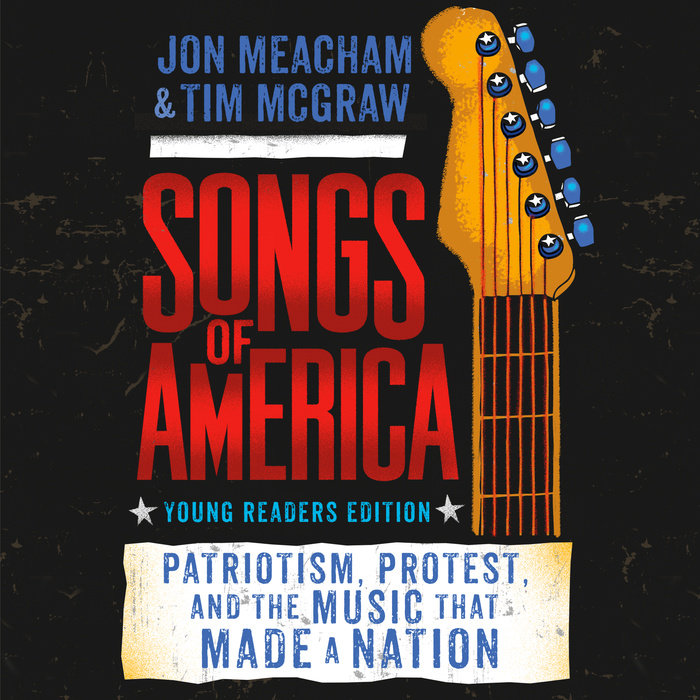 Songs of America explores the music of important times in our history—the stirring pro- and anti-war music of the Revolutionary and Civil Wars, World Wars I and II, and the Vietnam War; the folk songs and popular music of the Great Depression, the fight for women’s rights, and the Civil Rights movement; and the music of both beloved and lesser-known poets, musicians, and songwriters from Colonial times to the twenty-first century. Pulitzer Prize–winning author Jon Meacham and Grammy Award–winning artist Tim McGraw present the songs of patriotism and protest that gave voice to the politicians and activists who moved the country forward, seeking to fulfill America’s destiny as the land of liberty and justice for all.
Readers will recognize pages from the American songbook—examples include “The Star-Spangled Banner,” “The Battle Hymn of the Republic,”  “We Shall Overcome,” and “Born in the U.S.A.”—and will be introduced to lesser-known but equally important works that have inspired Americans to hold on to the tenets of freedom at the roots of our nation.
Adapted from the adult bestseller, Songs of America: Young Readers Edition highlights the unique role music has played in uniting and shaping a nation.
Read More