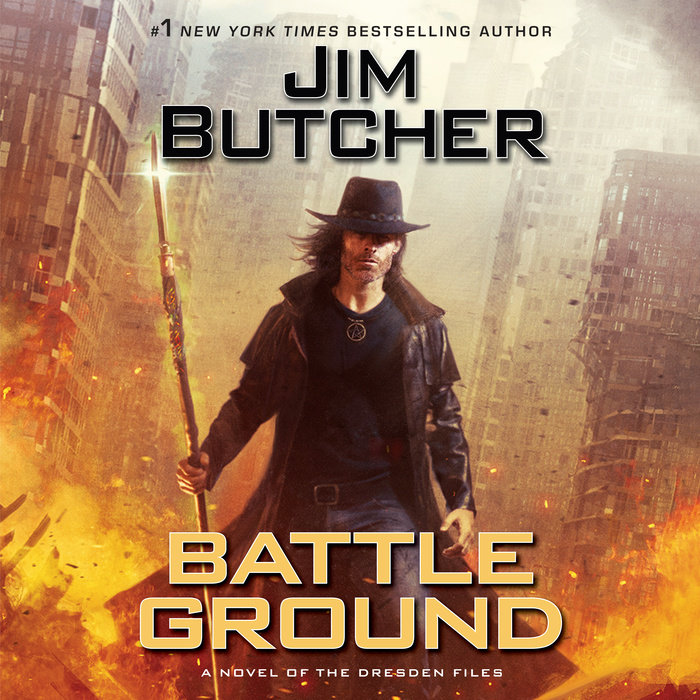 THINGS ARE ABOUT TO GET SERIOUS FOR HARRY DRESDEN, CHICAGO’S ONLY PROFESSIONAL WIZARD, in the next entry in the #1 New York Times bestselling Dresden Files.

Harry has faced terrible odds before. He has a long history of fighting enemies above his weight class. The Red Court of vampires. The fallen angels of the Order of the Blackened Denarius. The Outsiders.

But this time it’s different. A being more powerful and dangerous on an order of magnitude beyond what the world has seen in a millennium is coming. And she’s bringing an army. The Last Titan has declared war on the city of Chicago, and has come to subjugate humanity, obliterating any who stand in her way.

Harry’s mission is simple but impossible: Save the city by killing a Titan. And the attempt will change Harry’s life, Chicago, and the mortal world forever.
Read More
“Just when you think he can’t take it up a notch, Butcher proves once more that he is freaking amazing. Wicked cool.”—#1 New York Times bestselling author Patricia Briggs

“The arc begun in Peace Talks comes to a deadly, destructive finish in the 17th 'Dresden Files' book—and nothing will be the same again.”—Library Journal (starred review)

Praise for Jim Butcher and The Dresden Files
“Harry Dresden is a wholly original character in a wholly original world. Every book in the series is a great adventure.”—#1 New York Times bestselling author Charlaine Harris

“I've been reading the Dresden Files for more than a decade, and somehow, every book gets better. It's my favorite kind of story: delightful, deep, complicated, rare, and wonderful.”—#1 New York Times bestselling author Patrick Rothfuss

“Jim Butcher has long proven he can juggle multiple threads of political intrigue, personal drama, and threat with a masterful use of action and tension. . . . Harry’s hard-earned grit keeps his head above the magical waters and me on the edge of my seat.”—#1 New York Times bestselling author Kim Harrison

“Takes the best elements of urban fantasy, mixes it with some good old-fashioned noir mystery, tosses in a dash of romance and a lot of high-octane action, shakes, stirs, and serves.”—SF Site
Read More 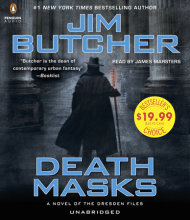