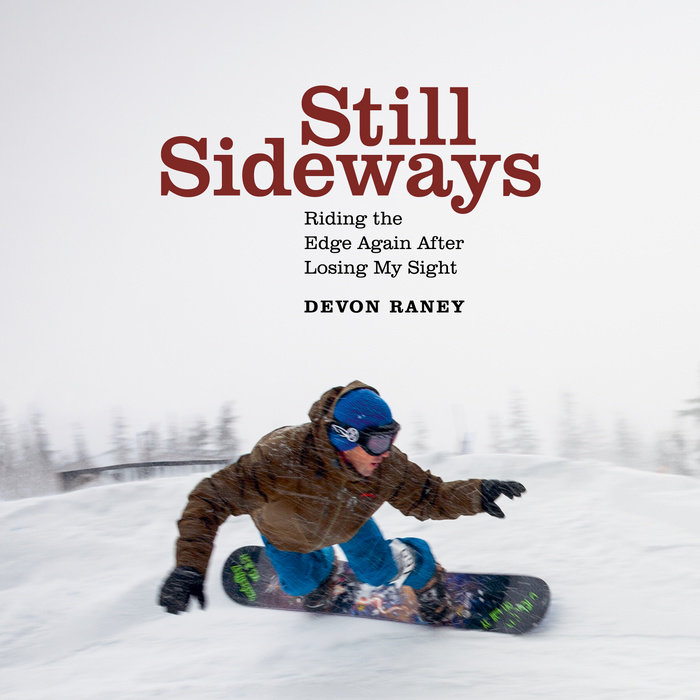 Written by: Devon Raney
Read by: Jesse Bernstein & Devon Raney
7 Hours and 58 Minutes Imprint: Random House Audio Genre: Biography & Autobiography - People with Disabilities Release Date: February 04, 2020
Before a surfing accident caused thirty-three-year-old Devon Raney to lose all but 15 percent of his vision, he had already lived an extraordinary life. Time and again he'd gone against the grain to maximize time for his passions--surfing, skateboarding, and snowboarding--bringing him into the direct path of colorful characters, unexpected adventures, and even the occasional brush with death. Through it all, Devon's commitment to outdoor adventure never wavered. If anything, he learned to approach the other commitments he would make in life--as a husband and as a father--with the same passion and dedication he'd applied to board sports.

So when facing a devastating mid-life challenge, Devon once again went against the grain -- sideways. Instead of retreating into a life made smaller by the things he could no longer do--drive, build houses, read to his young daughter--Devon resolved to keep his commitments to the same passions that had defined and sustained him. Using his remaining peripheral vision, he developed a style of tandem snowboarding, figured out how to read the waves, and carried himself through his daily life in such a way that few people other than his close friends and family were aware of his vision loss.

Still Sideways makes the case for the sustaining power of nature for a new generation of outdoor enthusiasts: the late Gen X / early millennial generation that has one foot firmly in adulthood and the other foot buckled into a binding. Readers will relate to Devon's stubborn refusal to organize his life around convention and will be inspired by how his dogged devotion to shredding brings him salvation, not comeuppance, when it all hits the fan. A must-read for any mid-life adventurer, Still Sideways intersperses a gripping narrative of Devon's incredible decade and flashbacks of formative experiences from his youth and young adulthood with humor, candor, and authenticity.
Read More