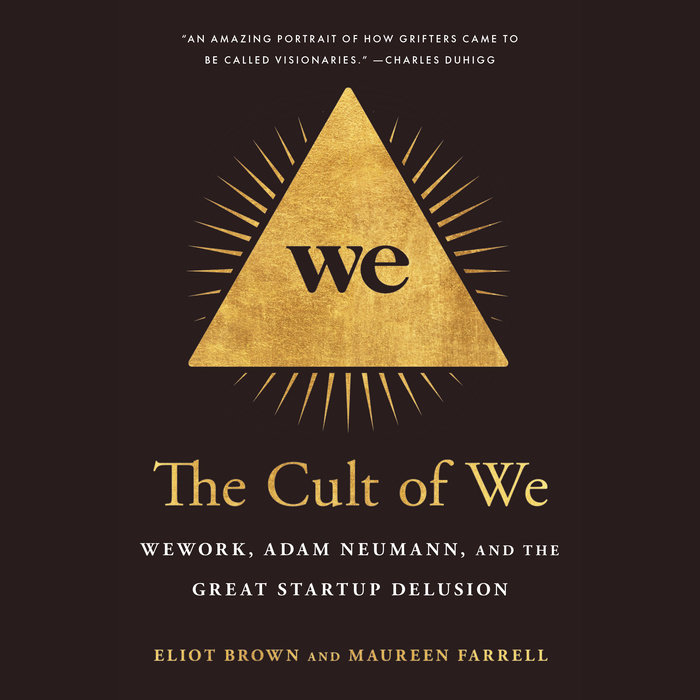 The definitive story of the rise and fall of WeWork (also depicted in the upcoming Apple TV+ series WeCrashed, starring Jared Leto and Anne Hathaway), by the real-life journalists whose Wall Street Journal reporting rocked the company and exposed a financial system drunk on the elixir of Silicon Valley innovation.

WeWork would be worth $10 trillion, more than any other company in the world. It wasn’t just an office space provider. It was a tech company—an AI startup, even. Its WeGrow schools and WeLive residences would revolutionize education and housing. One day, mused founder Adam Neumann, a Middle East peace accord would be signed in a WeWork. The company might help colonize Mars. And Neumann would become the world’s first trillionaire.

This was the vision of Neumann and his primary cheerleader, SoftBank’s Masayoshi Son. In hindsight, their ambition for the company, whose primary business was subletting desks in slickly designed offices, seems like madness. Why did so many intelligent people—from venture capitalists to Wall Street elite—fall for the hype? And how did WeWork go so wrong?

In little more than a decade, Neumann transformed himself from a struggling baby clothes salesman into the charismatic, hard-partying CEO of a company worth $47 billion—on paper. With his long hair and feel-good mantras, the six-foot-five Israeli transplant looked the part of a messianic truth teller. Investors swooned, and billions poured in.

Neumann dined with the CEOs of JPMorgan and Goldman Sachs, entertaining a parade of power brokers desperate to get a slice of what he was selling: the country’s most valuable startup, a once-in-a-lifetime opportunity and a generation-defining moment.

Soon, however, WeWork was burning through cash faster than Neumann could bring it in. From his private jet, sometimes clouded with marijuana smoke, he scoured the globe for more capital. Then, as WeWork readied a Hail Mary IPO, it all fell apart. Nearly $40 billion of value vaporized in one of corporate America’s most spectacular meltdowns.

Peppered with eye-popping, never-before-reported details, The Cult of We is the gripping story of careless and often absurd people—and the financial system they have made.
Read More
“[The] ultimate portrayal of . . . an empire built on sand.”—Newsweek

“Like Bad Blood . . . The Cult of We is novelistic in detail and often thrilling. . . . It’s like watching a car careening toward a wall at 90 miles an hour.”—The Washington Post

“If I had to make a list of top five business books of all time, this would be on it. It’s just so damn engrossing.”—Christopher Mims, Wall Street Journal tech columnist

“Absorbing . . . The Cult of We is both a ticktock of Neumann’s self-immolation and a primer on the ways and mores of a start-up culture populated by visionaries, grifters and moneymen. . . . Like Bad Blood . . . The Cult of We is novelistic in detail and often thrilling. . . . It’s like watching a car careening toward a wall at 90 miles an hour.” —Allison Stewart, The Washington Post

“Only a handful of books capture the zeitgeist of a business era. Add this one, a wild saga that caps a decade when founder-worshipping investors threw billions at well-spun visions—even those of a megalomaniac whose new-age real estate enterprise’s losses piled up as fast as its valuation climbed. The duo who broke the story of WeWork’s rise and fall have now artfully fleshed it out in a book whose colorful narrative is undergirded by deep context about the times, and enablers, that made Adam Neumann possible.”—John Helyar, #1 New York Times bestselling co-author of Barbarians at the Gate

“Eliot Brown and Maureen Farrell owned the WeWork story as it was unfolding. And now, with The Cult of We, we finally get the chronicle we deserve of a madness that consumed venture capital, corporate America, and the world.”—Charles Duhigg, New York Times bestselling author of The Power of Habit

“The lines between vision, bullshit, and fraud are narrow, and if you tell a thirty-year-old male that he is Jesus Christ, he’s inclined to believe you. The idolatry of founders in Silicon Valley will rage until the music stops playing. The Cult of We is a cautionary tale and a crisp page-turner.”—Scott Galloway, New York Times bestselling author of The Four and professor of marketing at NYU Stern School of Business

“Whether you know a lot or a little about the fall of WeWork, you won’t be able to put down The Cult of We by Wall Street Journal reporters Eliot Brown and Maureen Farrell. Their book is teeming with incredible details. While heroes are in short supply, the schadenfreude you’ll feel about the spectacular downfall of those who deserve it is delightful.”—Bethany McLean, New York Times bestselling co-author of The Smartest Guys in the Room
Read More 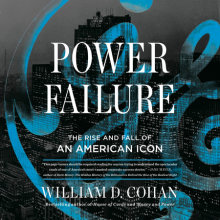