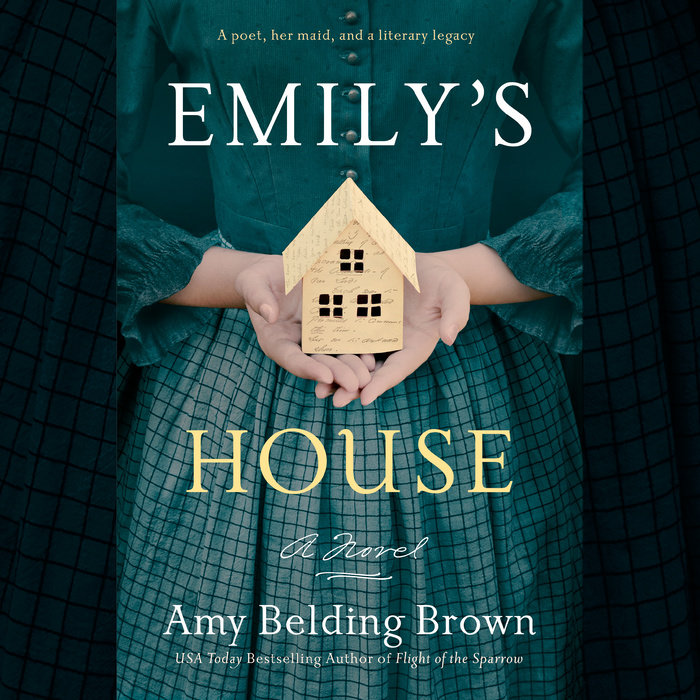 An evocative new novel about Emily Dickinson's longtime maid, Irish immigrant Margaret Maher, whose bond with the poet ensured Dickinson's work would live on, from the USA Today bestselling author of Flight of the Sparrow, Amy Belding Brown.

Massachusetts, 1869. Margaret Maher has never been one to settle down. At twenty-seven, she's never met a man who has tempted her enough to relinquish her independence to a matrimonial fate, and she hasn't stayed in one place for long since her family fled the potato famine a decade ago.

When Maggie accepts a temporary position at the illustrious Dickinson family home in Amherst, it's only to save money for her upcoming trip West to join her brothers in California. Maggie never imagines she will form a life-altering friendship with the eccentric, brilliant Miss Emily or that she'll stay at the Homestead for the next thirty years.

In this richly drawn novel, Amy Belding Brown explores what it is to be an outsider looking in, and she sheds light on one of Dickinson's closest confidantes—perhaps the person who knew the mysterious poet best—whose quiet act changed history and continues to influence literature to this very day.
Read More
“With lyrical prose and an irresistible narrative voice, Brown gives the reader a scrappy and little-known literary heroine to root for—the Irish maid-servant who helped rescue Emily Dickinson's poems. The immigrant experience is lovingly rendered against the backdrop of family drama, the historical details are immersive, and Dickinson fans will love this novel!”—Stephanie Dray, New York Times bestselling author of The Women of Chateau Lafayette

"Amy Belding Brown brings us a warm, intimate, and rich portrayal of Irish immigrant Margaret Maher, maid and confidante to Emily Dickinson. Margaret's story gives us a fascinating glimpse into another time while placing us directly inside the Dickinson household. I was captivated by this story and I know you will be too."—Kathleen Grissom, New York Times bestselling author of The Kitchen House

“What a joy it is to once again revel in Amy Belding Brown’s incomparable voice. In Emily’s House, Brown introduces us to the remarkable Irish maid who saved Emily Dickinson’s unpublished oeuvre from certain destruction after her death. Margaret Maher’s own disappointments mirrored her mistress’s many, but the two women formed a bond so deep that if not for Maher’s abiding determination, Dickinson’s legacy would have been lost to us forever. Do we call Maggie Maher an American treasure? I think we must, and Amy Belding Brown, too.”—Robin Oliveira, bestselling author of My Name is Mary Sutter

"At once an outsider and a woman intimately immersed in the Dickinson household, Margaret paints a shrewd picture of the family’s personalities, customs, and complexities. Brown once again shows a gift for shedding light on historical women."—Publishers Weekly

"Fans of Marie Benedict and Kate Quinn will delight in this moving story that sheds light on the life of one of literature’s most influential, yet mysterious poets.” —Library Journal

"The voice, the setting, the details of the house all feel authentic, which means a reader can just sink into the story, observing the eccentric Dickinson family through the eyes of an outsider right there in the kitchen."—Minneapolis Star-Tribune

"By the end of this gratifying, intelligent tale, a variety of readers – from Emily Dickinson neophytes to students of her work – will leave with a more nuanced understanding of 'the myth of Amherst,' as well as a deep appreciation for the 'wild and warm and mighty' woman who stood by her side in life, enabling a legacy."—The Christian Science Monitor
Read More