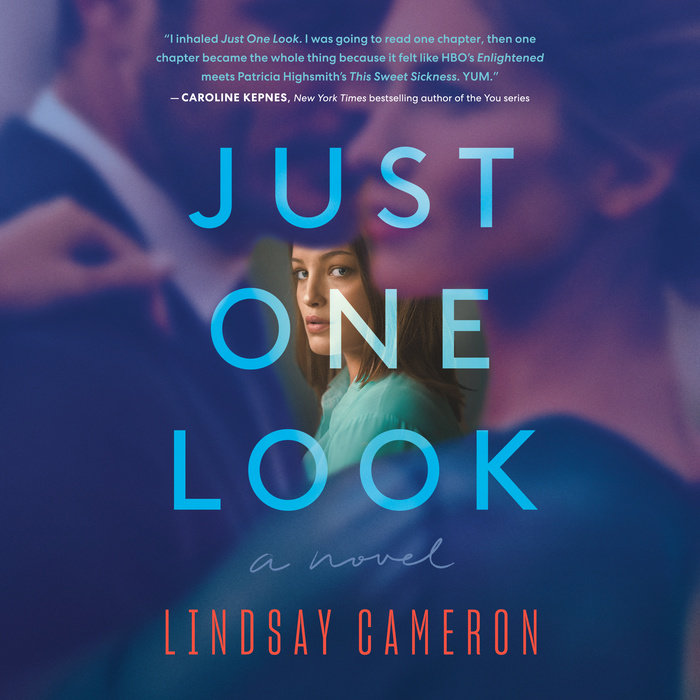 Eyes aren’t the windows to the soul. Emails are.

Cassie Woodson is adrift. After suffering an epic tumble down the corporate ladder, Cassie finds the only way she can pay her bills is to take a thankless temp job reviewing correspondence for a large-scale fraud suit. The daily drudgery amplifies all that her life is lacking—love, friends, stability—and leaves her with too much time on her hands, which she spends fixating on the mistakes that brought her to this point.

While sorting through a relentless deluge of emails, something catches her eye: the tender (and totally private) exchanges between a partner at the firm, Forest Watts, and his enchanting wife, Annabelle. Cassie knows she shouldn’t read them. But it’s just one look. And once that door opens, she finds she can’t look away.

Every day, twenty floors below Forest’s corner office, Cassie dissects their emails from her dingy workstation. A few clicks of her mouse and she can see every adoring word they write to each other. By peeking into their apparently perfect life, Cassie finds renewed purpose and happiness, reveling in their penchant for vintage wines, morning juice presses, and lavish dinner parties thrown in their stately Westchester home. There are no secrets from her. Or so she thinks.

Her admiration quickly escalates into all-out mimicry, because she wants this life more than anything. Maybe if she plays make-believe long enough, it will become real for her. But when Cassie orchestrates a “chance” meeting with Forest in the real world and sees something that throws the state of his marriage into question, the fantasy she’s been carefully cultivating shatters. Suddenly, she doesn’t simply admire Annabelle—she wants to take her place. And she’s armed with the tools to make that happen.
Read More
“Fresh, fun, and totally wicked . . . a sharp, modern thrill ride with a witty heroine.”—Entertainment Weekly

“Lindsay Cameron’s thriller will appeal to fans of You, in that readers get a glimpse inside the head of someone willing to go to extreme lengths for what they want. . . . Nothing and no one are as they seem in this thriller about envy, obsession, class, stalking, and revenge.”—Oprah Daily

“I inhaled Just One Look. I was going to read one chapter, then one chapter became the whole thing. YUM.”—Caroline Kepnes, New York Times bestselling author of the You series

“A brilliantly addictive exploration of modern loneliness and obsession, with hints of The Girl on the Train.”—Helen Monks Takar, author of Precious You

“[A] wild ride of a novel . . . one of the most viscerally accurate renderings of corporate law in recent fiction. It’s also a delicious and marvelously controlled portrayal of one woman’s delusions, and how they undo her, but also create something new and whole.”—Sarah Weinman, The New York Times Book Review

“A relentlessly gripping and cunning tale of the new Pandora’s box—the  inbox. Just One Look had me promising myself just one more chapter, just one more page, just one, until—oops—I was done.”—Chandler Baker, New York Times bestselling author of Whisper Network

“Will leave you chilled to the bone.”—PopSugar

“You will be obsessed after the first paragraph. Lindsay Cameron has created an unforgettable character who beckons from the pages until you’ve devoured her every last word. Just One Look is a delicious and irresistible read!”—Liv Constantine, internationally bestselling author of The Last Mrs. Parrish

“Lindsay Cameron takes obsession to a whole new level and I am here for it! With each twist, Just One Look becomes more intriguing, more shocking, and more fascinating.”—Samantha Downing, bestselling author of My Lovely Wife

“Clear your diary, because once you start reading it, you won’t want to put it down.”—Emma Rous, author of The Au Pair

“Bitingly modern and totally addictive, Just One Look is a juicy entry into the unhinged-women canon. With wry prose and deliciously wicked twists, Lindsay Cameron’s suspense debut is the freshest take on stalker fiction since You.”—Andrea Bartz, author of We Were Never Here

“Gripping, darkly funny, and razor-sharp . . . a brilliant suspense debut, with a multifaceted, sympathetic heroine to root for (no matter how devious she may seem), and a perfectly paced sinister plotline.”—Samantha M. Bailey, author of Woman on the Edge

“A highly entertaining narrative that positively sparkles with wit and insight . . . This is the author’s suspense debut, and it succeeds wildly. Highly recommended for all collections.”—Booklist (starred review) 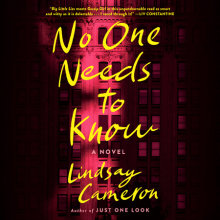