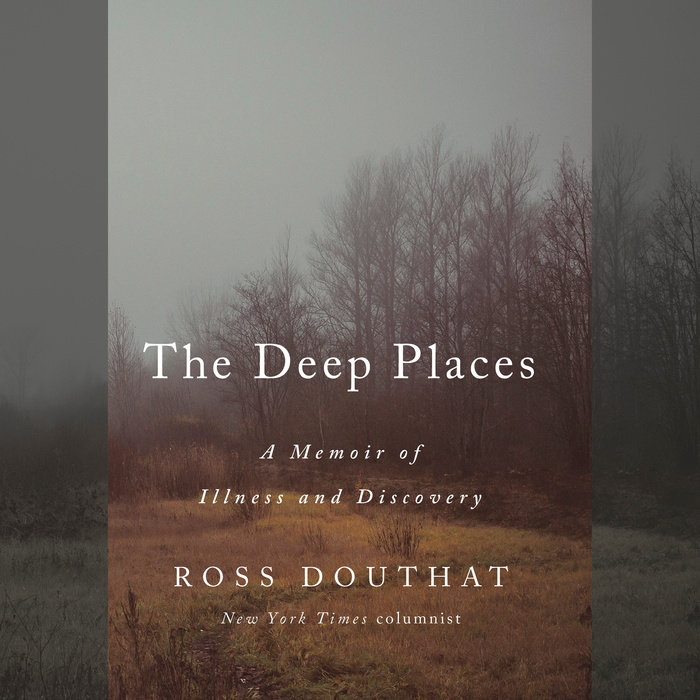 Written by: Ross Douthat
Read by: Ross Douthat
6 Hours and 3 Minutes Imprint: Random House Audio Genre: Biography & Autobiography - Personal Memoirs Release Date: October 26, 2021
NEW YORK TIMES EDITORS’ CHOICE • In this vulnerable, insightful memoir, the New York Times columnist tells the story of his five-year struggle with a disease that officially doesn’t exist, exploring the limits of modern medicine, the stories that we unexpectedly fall into, and the secrets that only suffering reveals.

“A powerful memoir about our fragile hopes in the face of chronic illness.”—Kate Bowler, bestselling author of Everything Happens for a Reason

In the summer of 2015, Ross Douthat was moving his family, with two young daughters and a pregnant wife, from Washington, D.C., to a sprawling farmhouse in a picturesque Connecticut town when he acquired a mysterious and devastating sickness. It left him sleepless, crippled, wracked with pain--a shell of himself. After months of seeing doctors and descending deeper into a physical inferno, he discovered that he had a disease which according to CDC definitions does not actually exist: the chronic form of Lyme disease, a hotly contested condition that devastates the lives of tens of thousands of people but has no official recognition--and no medically approved cure.

From a rural dream house that now felt like a prison, Douthat's search for help takes him off the map of official medicine, into territory where cranks and conspiracies abound and patients are forced to take control of their own treatment and experiment on themselves. Slowly, against his instincts and assumptions, he realizes that many of the cranks and weirdos are right, that many supposed "hypochondriacs" are victims of an indifferent medical establishment, and that all kinds of unexpected experiences and revelations lurk beneath the surface of normal existence, in the places underneath.

The Deep Places is a story about what happens when you are terribly sick and realize that even the doctors who are willing to treat you can only do so much. Along the way, Douthat describes his struggle back toward health with wit and candor, portraying sickness as the most terrible of gifts. It teaches you to appreciate the grace of ordinary life by taking that life away from you. It reveals the deep strangeness of the world, the possibility that the reasonable people might be wrong, and the necessity of figuring out things for yourself. And it proves, day by dreadful day, that you are stronger than you ever imagined, and that even in the depths there is always hope.
Read More
“A harrowing, and often profound, account of how one man’s life can be laid almost to waste by Fate.”—Wall Street Journal

“Douthat artfully weaves two stories together. The first is the story of his own illness, the increasingly outlandish treatments he is willing to try, and the havoc the affliction wreaks in his life. As he looks for a cure, he uncovers a second story: the strange tale of Lyme disease itself . . .  No two chronic illnesses are exactly alike, but even so this book will likely resonate with anyone who has suffered from a chronic condition or has cared for someone who has.”—Paul W. Gleason, LA Review of Books

“The Deep Places is a powerful memoir about our fragile hopes in the face of chronic illness. Ross Douthat is calling us all to courage and compassion: courage for those of us who suffer, and compassion to all those who walk alongside.”—Kate Bowler, New York Times bestselling author of Everything Happens for a Reason

“A vividly narrated account . . . Douthat manages a really remarkable thing here: to weave together his story of a body’s pain, a mind’s vacillations, and a spirit’s struggles with an account of how the medical establishment deals with, or simply refuses to deal with, conditions it does not understand. That Douthat can weave all this into a unity and even make the book a kind of page-turner—that’s something special.”—Alan Jacobs, author of How to Think and Breaking Bread with the Dead

“To call it a memoir about illness is to seriously underestimate this beautiful new book. Douthat brings a believer’s heart, a journalist’s curiosity, and a writer’s talent to tell an achingly human story that is, ultimately, about life.”—James Martin, SJ, New York Times bestselling author of Learning to Pray

“I read the book in one sitting. It is so profound and truthful about the human condition. I wanted it to go on and on. I had no idea that Douthat was such a poet of pain and hope.”—Rod Dreher, New York Times bestselling author of Live Not by Lies and The Benedict Option

“This is a great book and it’s going to be important and it’s about a lot more than Lyme disease; to this nonsufferer it made Lyme disease fascinating.”—Peggy Noonan, columnist, The Wall Street Journal
Read More 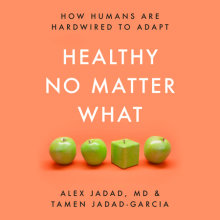 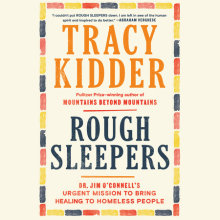