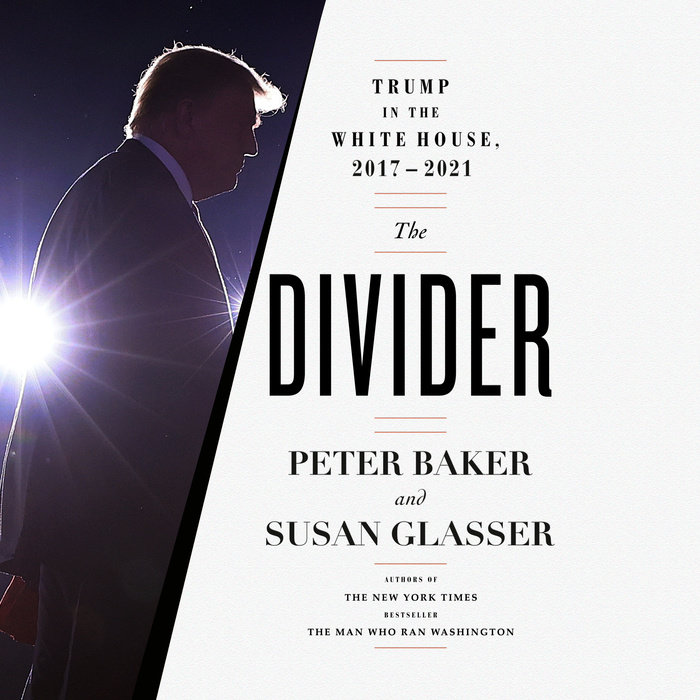 "A sumptuous feast of astonishing tales...The more one reads, the more one wishes to read."—NPR.com

The inside story of the four years when Donald Trump went to war with Washington, from the chaotic beginning to the violent finale, told by revered journalists Peter Baker of The New York Times and Susan Glasser of The New Yorker—an ambitious and lasting history of the full Trump presidency that also contains dozens of exclusive scoops and stories from behind the scenes in the White House, from the absurd to the deadly serious.

The bestselling authors of The Man Who Ran Washington argue that Trump was not just lurching from one controversy to another; he was learning to be more like the foreign autocrats he admired.

The Divider brings us into the Oval Office for countless scenes both tense and comical, revealing how close we got to nuclear war with North Korea, which cabinet members had a resignation pact, whether Trump asked Japan’s prime minister to nominate him for a Nobel Prize and much more. The book also explores the moral choices confronting those around Trump—how they justified working for a man they considered unfit for office, and where they drew their lines.

The Divider is based on unprecedented access to key players, from President Trump himself to cabinet officers, military generals, close advisers, Trump family members, congressional leaders, foreign officials and others, some of whom have never told their story until now.
Read More
A New Yorker Best Book of the Year

"Well-paced and engagingly written...the most comprehensive and detailed account of the Trump presidency yet published."
—The Washington Post

"[A] detail-rich history of the Trump administration...Comprehensively researched and briskly told...Squeezing the tumultuous events of the long national fever dream that was the Donald Trump presidency between two covers...would tax the skills of the nimblest journalist. Yet the husband-and-wife team of Baker and Glasser pull it off with assurance."
—The New York Times Book Review

"The book everyone is talking about"
—Politico

"As a sumptuous feast of astonishing tales, it may hold wonderments indeed for those first contemplating the enormity of the Trump phenomenon...But even a reader steeped in years of Trump coverage and well-versed in the precedent literature may be surprised at how compelling this narrative proves to be. The more one reads, the more one wishes to read."
—NPR.com

"A beautifully written, utterly dispiriting history of the man who attacked democracy."
—The Guardian

"A comprehensive and scathing chronicle of the Trump administration...The result is the most encyclopedic account of the Trump presidency yet published."
—Publishers Weekly *Starred Review*

"...The Divider is the definitive account of Trump’s White House years...The story continues, but Baker and Glasser give readers an indispensable starting point."
—Booklist *Starred Review*

"An insightful account of a chaotic president by two of the best journalists writing on Washington today."
—Anne Applebaum, Pulitzer Prize-winning author of Gulag and Twilight of Democracy

"Finally, the synthesis we need about the Trump presidency. Adding their own reporting and interpretive skills to the record – not to mention fine writing – Peter Baker and Susan Glasser’s The Divider is a book worth everyone’s serious attention."
—Carl Bernstein, Pulitzer Prize-winning author of Chasing History and co-author of All the President's Men
Read More 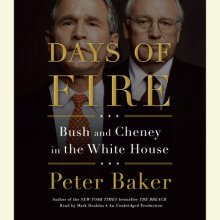