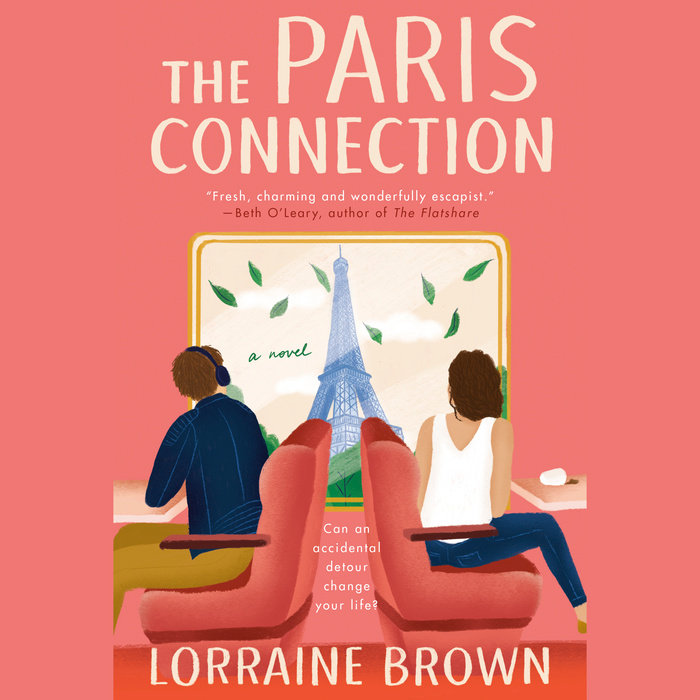 In this witty and heartfelt debut love story for fans of Josie Silver's One Day in December, a woman stranded in Paris for the day discovers that the wrong road can sometimes lead us in the right direction.

When Hannah and her boyfriend, Simon, set out to Amsterdam, they’re confident that they’ll make it to his sister’s wedding in time. However, unbeknownst to them, their train is scheduled to divide in the middle of the night. And when it does, half of it continues the route to Amsterdam. And the other half—the one with Hannah in it—heads three hundred miles away, to Paris.

Left without her belongings or hope of reuniting with Simon, Hannah has no choice but to spend the day in Paris before the next train out. Worse than being stranded in a foreign city alone? Being stuck with Léo, the handsome but infuriating Frenchman who blames Hannah for his own unwanted delay. The series of mishaps that sends them traipsing through the City of Light is only further proof that Hannah’s day has gone from bad to worse. But as she takes in the glorious sights of the city—and spends more time with Léo—Hannah discovers that the unexpected detour might actually be leading her to the life she was always meant to live . . .
Read More
“…Decadent fun in Brown's debut romcom. Fans of Sophie Kinsella’s Shopaholic series may also enjoy this.”—Booklist

"Fresh, charming and wonderfully escapist."—Beth O'Leary, author of The Flatshare

"A charming, romantic read, which gave me a real hankering for croissants!"—Sophie Cousens, author of This Time Next Year

"As effervescent as a glass of champagne, The Paris Connection sparkles with love and adventure, warmth and wit. Reading this book was like a holiday in Paris—exciting, romantic, and over much too quickly. Lorraine Brown’s emotional, heartwarming page-turner will transport you to Paris quicker than you can say Oui! Oui!"—Lori Nelson Spielman, author of The Star-Crossed Sisters of Tuscany

“Along with two lovable and believable characters, Brown’s delightful rom-com zips us through the streets of Paris with charming wit, a nail-biting adventure, and spot-on descriptions of the city of light. A truly sweet treat.”—Samantha Vérant, author of The Secret French Recipes of Sophie Valroux

"The Paris Connection is the romp through the City of Light that we all need! Witty, charming, adventurous—it was a pure delight traveling with Hannah as she takes a risk and discovers the life she is meant to live."—Jenn McKinlay, author of Paris is Always a Good Idea