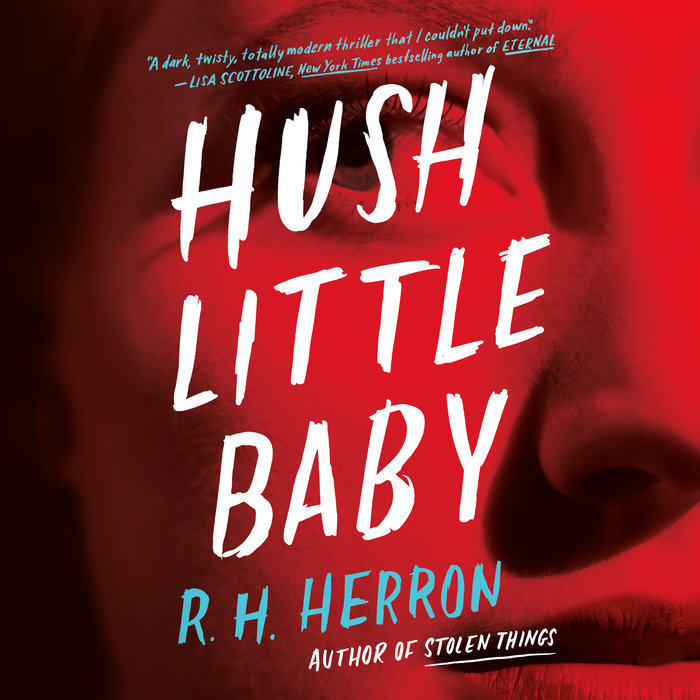 From the author of Stolen Things comes a twisty thriller that asks how tightly we are bound to our pasts, how much we can trust those around us, and how far a mother will go to protect her child.

Jillian Marsh is a survivor. She escaped her toxic upbringing at the hands of her religious zealot mother as a teenager, and after hitting rock bottom due to alcoholism in her twenties, she not only got sober, she built a successful marriage and medical career, even if she wasn’t able to make amends for all the mistakes she made during her drinking days. But nearly a decade later, things are once again going downhill for Jillian. Her wife, Rochelle, has left her while Jillian is pregnant with Rochelle’s biological child, and she feels constantly unsettled in her now-empty house—items missing from their usual place, burning candles she can’t remember lighting, the screen from her bedroom window removed. Even her mommies-to-be group isn’t the solace it once was. Bree, Camille, Maggie, and Jillian vowed to not only support one another in motherhood but in their sobriety, careers, and maintaining their independence after their babies are born . . . a sisterhood that begins to unravel when the secrets between the women come unwillingly to light.

As things in Jillian’s home begin to escalate, she’s forced to ask herself: Is one of her supposed friends not as trustworthy as she seems? Could Rochelle be gaslighting her in order to claim full custody of their daughter? Or, worst of all—is Jillian turning into her own mother, and imagining all of it in some sort of subconscious sabotage against her unborn child?

When the missing items turn into unambiguous threats, and as the circle of those she can trust continues to dwindle, Jillian knows only one thing for sure: she will do anything to protect her baby.
Read More
Praise for Hush Little Baby

"R. H. Herron’s Hush Little Baby is a dark, twisty, totally modern thriller that I couldn’t put down. Its heroine, Dr. Jillian Marsh, is the gutsy survivor of a troubled childhood and alcoholism, and when the novel opens, she’s carrying the biological child of her wife – who has just left her for another woman. Jillian relies on her circle of friends, The Ripleys, for support, but they can’t help when strange things start happening around her house. She begins to suspect someone is stalking her, then events turn harrowing and Jillian finds herself in the battle of her life, for her life - and for her baby. I’m new to R. H. Herron but this page-turner puts her on my must-read list!"
—Lisa Scottoline, New York Times bestselling author of Eternal

“A wild series of twists take center stage as Herron’s carefully crafted suspense turns into something else altogether, spinning the story in a terrifying new direction. Readers who are drawn to creepy tension and shocking consequences will revel in Hush Little Baby, even as they join the characters in taking a harder look at what pregnancy and motherhood offer to and demand from women.”
—BookPage

“A gripping, deftly plotted thriller, and so much more—R. H. Herron delivers an unflinching meditation on womanhood, motherhood and sisterhood. Hush Little Baby is a fiercely compelling must-read!”
—E.G. Scott, internationally bestselling author of In Case of Emergency

“Exciting storytelling and great characters make Stolen Things a powerhouse read. The writing is superb and I can’t wait for her next book!”
—Iris Johansen, New York Times bestselling author

"An addictive thriller that starts with a bang and only gets more twisted as you read."
—Hello Giggles on Stolen Things

"Herron has worked as a 911 dispatcher for many years, and her debut is infused with both the emotional truths and daily details of her life’s work. . . . A textbook study of tension and secrets in small-town America."
—CrimeReads on Stolen Things

“Herron treats us to a thriller that slowly peels back the layers of dirty secrets kept by all the people involved . . . An intense read. Perfect for fans of Karin Slaughter or Lisa Scottoline.”
—Library Journal on Stolen Things

"Riveting . . . Herron is definitely a writer to watch."
—Publishers Weekly on Stolen Things

“The book confronts a slew of today’s issues . . . with pathos and conviction. Chapters are short, emotional bursts of energy that fuel the quest for answers. . . . Stolen Things explores the lengths we go to recover what is lost.”
—Bookpage