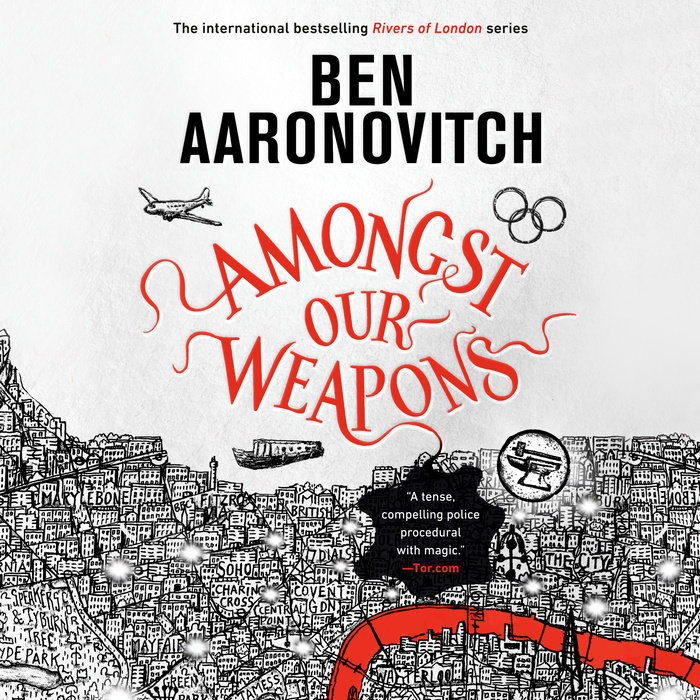 Written by: Ben Aaronovitch
Read by: Kobna Holdbrook-Smith
10 Hours and 36 Minutes Imprint: DAW Genre: Fiction - Fantasy - Urban Release Date: April 12, 2022
The ninth novel of the bestselling Rivers of London urban fantasy series returns to the adventures of Peter Grant, detective and apprentice wizard, as he solves magical crimes in the city of London.

There is a world hidden underneath this great city.

The London Silver Vaults—for well over a century, the largest collection of silver for sale in the world. It has more locks than the Bank of England and more cameras than a paparazzi convention.

Not somewhere you can murder someone and vanish without a trace—only that’s what happened.

The disappearing act, the reports of a blinding flash of light, and memory loss amongst the witnesses all make this a case for Detective Constable Peter Grant and the Special Assessment Unit.

Alongside their boss DCI Thomas Nightingale, the SAU find themselves embroiled in a mystery that encompasses London’s tangled history, foreign lands and, most terrifying of all, the North!

And Peter must solve this case soon, because back home his partner Beverley is expecting twins any day now. But what he doesn’t know is that he’s about to encounter something—and somebody—that nobody ever expects…

“A low-income housing tower gone awry, an old enemy with a bone to pick...and a shocker of an ending—Broken Homes is a delight.” —Charlaine Harris, #1 New York Times-bestselling author

“The most entertaining book that I have read in such a long time.... It’s very funny, it’s very clever, it’s very nicely written.... It’s such a treat.” —Nancy Pearl, bestselling author

“This series is a constant joy to read....I’ve been looking forward all year to find out what happened next, and the book did not disappoint.” —Genevieve Cogman, author of The Invisible Library

“The prose is witty, the plot clever, and the characters incredibly likeable.” —Time Out

“Amongst Our Weapons will clearly appeal to the legions of Aaronovitch fans, but those unfamiliar with the series will find a playful mix of the supernatural and the historical within in an intriguing murder mystery.” —The Canberra Times

“This book is, at its heart, a police procedural with an overlay of urban fantasy elements. The voice is persuasive and funny as all get-out, and the reader is engaged with the narrative from the very first page. Aaronovitch has written a diverse cast of characters who all feel like real people with their own specific motivations. This book is simply wonderful.” —RT Reviews (top pick)

“The Rivers of London series continues to shine as one of the best and most impressive urban fantasy series with Amongst our Weapons.” —The Unseen Library

“The Rivers of London is an incredibly addicting series of magic and wonder and mystery with snarky observations by Peter to liven things up.” —The Nameless Zine

“The most satisfying fantasy thriller to hit bookshelves in quite some time.” —SFX Magazine

“As always, Ben Aaronovitch takes the reader on an unforgettable ride into the fantastic.” —Starburst Magazine