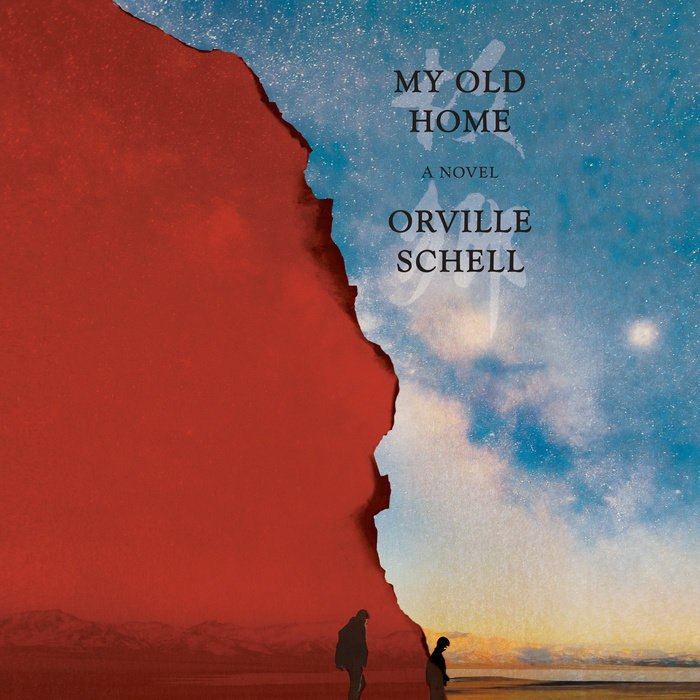 Written by: Orville Schell
Read by: James Lurie
24 Hours and 37 Minutes Imprint: Random House Audio Genre: Fiction - Asian American Release Date: March 09, 2021
A uniquely experienced observer of China gives us a sweeping historical novel that takes us on a journey from the rise of Mao Zedong in 1949 to the Tiananmen Square uprising in 1989, as a father and his son are swept away by a relentless series of devastating events.

It’s 1950, and pianist Li Tongshu is one of the few Chinese to have graduated from the San Francisco Conservatory of Music. Engaged to a Chinese-American violinist who is the daughter of a missionary father and a Shanghai-born mother, Li Tongshu is drawn not just by Mao’s grand promise to “build a new China” but also by the enthusiasm of many other Chinese artists and scientists living abroad, who take hope in Mao’s promise of a rejuvenated China. And so when the recently established Central Conservatory of Music in Beijing offers Li Tongshu a teaching position, he leaves San Francisco and returns home with his new wife.

But instead of being allowed to teach, Li Tongshu is plunged into Mao’s manic revolution, which becomes deeply distrustful of his Western education and his American wife. It’s not long before his son, Little Li, also gets caught up in the maelstrom of political and ideological upheaval that ends up not only savaging the Li family but, ultimately, destroying the essential fabric of Chinese society.
Read More
"Absorbing, perceptive, heartbreaking, Orville Schell’s epic novel is a devastatingly true and moving portrait of what two generations of educated Chinese have experienced through the ordeal of the revolution and throes of reform. It is also a meditation on exile that plumbed, with rueful humor, the existential dilemma of living “in-between” China and America, a paean to the “cultural mongrels” who, in their search and struggle for belonging and dignity, are aided by the transcendental power of music."—Jianying Zha, author of Tide Players

“Schell has put a lifetime of hope, sorrow, and wisdom about China into this remarkable book. The result is an epic and deeply moving story that few other people could have written.”—Adam Hochschild, author of Rebel Cinderella

“A dazzling novel that is sweeping in its historical canvas and intimate in its psychological insights. The gripping narrative paints a granular, searing portrait of China under Communist rule, lived through magnetic characters and indelible scenes. Schell is an elegant craftsman, renowned scholar, and a virtuoso. The result is a splendid mosaic which deeply moves and informs the reader, evoking both the distinct and the universal.”—Winston Lord, former US Ambassador to China

"Can the world understand China?  Intimately?  With a lifetime of diligent non-fiction to his credit, Orville Schell now joins Albert Camus in the faith that 'fiction is the lie through which we tell the truth.' The adventure succeeds, and we get some lovely original metaphors to boot."—Perry Link, author of An Anatomy of Chinese

"Enormously informative and illuminating, My Old Home vividly depicts the human impact of the Cultural Revolution and its aftermath. From the riveting first sentence, Schell through the experience of a young man torn beetween two cultures."—Elaine Pagels, author of The Gnostic Gospels

"Schell’s novel is a masterpiece. He has an amazing command of Chinese history, culture, daily life, as well as music and even downtown San Francisco!"—Ezra Vogel, author of Deng Xiaoping

“Schell astounds us with a novel of epic scope and pinpoint detail, revealing his depth of heart and the full heartbreak of the present moment.  Masterful . . . Writing with humor and startling sensuality, Schell invests his real-life and imagined personae with yearning, daring, and his own irrefutable integrity.”—Peter Sellars, director, Nixon in China

“Schell has spent a lengthy career immersed in Chinese history and culture, and it shows in his exacting depiction of the tumult that defined Chinese society in the late twentieth century. But his commitment to authenticity . . .  gives way to a universal tale of displacement and loss.”—Booklist (starred)