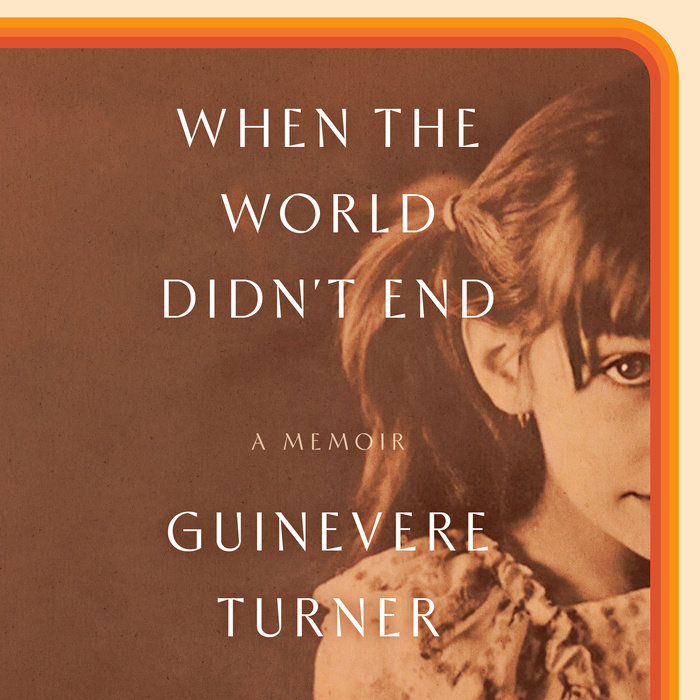 Written by: Guinevere Turner
Read by: Guinevere Turner
10 Hours Imprint: Random House Audio Genre: Biography & Autobiography - Women Release Date: May 23, 2023
In this immersive, spell-binding memoir, an acclaimed screenwriter tells the story of her childhood growing up with the infamous Lyman Family cult—and the complicated and unexpected pain of leaving the only home she’d ever known

On January 5, 1975, the world was supposed to end. Under strict instructions, six-year-old Guinevere Turner put on her best dress, grabbed her favorite toy, and waited with the rest of her community for salvation—a spaceship that would take them to live on Venus. But the spaceship never came.

Guinevere did not understand that her family was a cult. She spent most of her days on a compound in Kansas, living apart from her mother with dozens of other children who worked in the sorghum fields and roved freely through the surrounding pastures, eating mulberries and tending to farm animals. But there was a dark side to this bucolic existence. Guinevere was part of the Lyman Family, a secluded cult spearheaded by Mel Lyman, a self-proclaimed savior, committed to isolation from a World he declared had lost its way. When Guinevere caught the attention of Jessie, the woman everyone in the Family called the Queen, her status was elevated—suddenly she was traveling with the inner circle among communities in Los Angeles, Boston, and Martha’s Vineyard.

But before long, the life Guinevere had known ended. Her mother, from whom she had been separated since age three, left the Family with another disgraced member, and Guinevere and her four-year-old sister were forced to leave with them. Traveling outside the bounds of her cloistered existence, Guinevere was thrust into public school for the first time, a stranger in a strange land wearing homemade clothes, and clueless about social codes. Now out in the World she’d been raised to believe was evil, she faced challenges and horrors she couldn’t have imagined.

Drawing from the diaries that she kept throughout her youth, Guinevere Turner’s memoir is an intimate and heart-wrenching chronicle of a childhood touched with extraordinary beauty and unfathomable ugliness, the ache of yearning to return to a lost home—and the slow realization of how harmful that place really was.
Read More
“Turner’s mesmerizing, devastating account of growing up in the Lyman Family cult is a coming-of-age story like no other. Rendered in astounding detail from her childhood journals, her story reads like a novel and deserves wide attention in an age of fringe groups going mainstream.”—Jessica Bruder, author of Nomadland

“This compelling coming-of-age memoir, both harrowing and inspired, is written with candor and emotional clarity, and is marked by a wealth of surprises.”—Vivian Gornick, author of Fierce Attachments
Read More