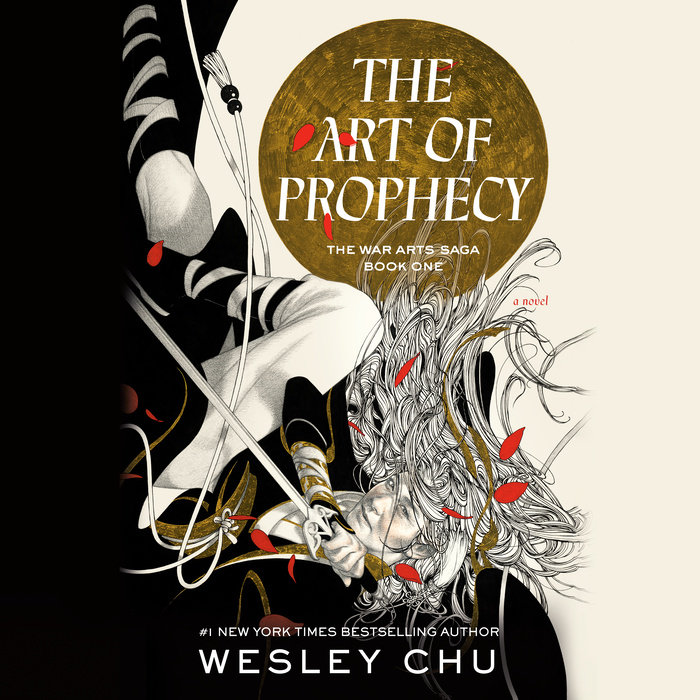 Written by: Wesley Chu
Read by: Natalie Naudus
18 Hours and 42 Minutes Imprint: Random House Audio Genre: Fiction - Fantasy - Action & Adventure Release Date: August 09, 2022
A “superb fantasy saga” (Helene Wecker) of martial arts and magic, about what happens when a prophesied hero is not the chosen one after all—but has to work with a band of unlikely allies to save the kingdom anyway, from the #1 New York Times bestselling author of The Lives of Tao

“An ambitious and touching exploration of disillusionment in faith, tradition, and family—a glorious reinvention of fantasy and wuxia tropes.”—Naomi Novik, New York Times bestselling author of A Deadly Education

So many stories begin the same way: With a prophecy. A chosen one. And the inevitable quest to slay a villain, save the kingdom, and fulfill a grand destiny.

But this is not that kind of story.

It does begin with a prophecy: A child will rise to defeat the Eternal Khan, a cruel immortal god-king, and save the kingdom.

And that prophecy did anoint a hero, Jian, raised since birth in luxury and splendor, and celebrated before he has won a single battle.

But that’s when the story hits its first twist: The prophecy is wrong.

What follows is a story more wondrous than any prophecy could foresee, and with many unexpected heroes: Taishi, an older woman who is the greatest grandmaster of magical martial arts in the kingdom but who thought her adventuring days were all behind her; Sali, a straitlaced warrior who learns the rules may no longer apply when the leader to whom she pledged her life is gone; and Qisami, a chaotic assassin who takes a little too much pleasure in the kill.

And Jian himself, who has to find a way to become what he no longer believes he can be—a hero after all.
Read More
“The Art of Prophecy is an ambitious and touching exploration of disillusionment in faith, tradition, and family, and but also unexpectedly funny. I loved following Wesley Chu’s intricate narrative through this sprawling universe full of glorious reinvention of fantasy and wuxia tropes.”—Naomi Novik, New York Times bestselling author of A Deadly Education

“In this superb fantasy saga of tough, old martial-arts masters and inexperienced young heroes, Wesley Chu has given us a richly inventive page-turner that delights on every page. The Art of Prophecy is Wesley Chu at the height of his imaginative powers, and I can’t wait for the next installment!”—Helene Wecker, author of The Golem and the Jinni and The Hidden Palace

“Electrifying, thrilling, and a glorious, romantic ride, The Art of Prophecy is a true delight. Readers won’t be able to put it down.”—Robert Jackson Bennett, author of The Founders Trilogy

“Wesley Chu has done it again—this time on an epic scale. The Art of Prophecy is a terrific and compelling story that plays off so many classic tales taken from our own world and reinvents them all in classic fashion.”—Terry Brooks, New York Times bestselling author of Child of Light

“Come for the awesome fight choreography, stay for the sly wit, worldbuilding, and a fresh and unexpected take on the hero’s journey!”—Jacqueline Carey, New York Times bestselling author of Kushiel’s Legacy

“A whirlwind tale rich with politics and fantastical martial arts . . . Chu tells a refreshing coming-of-age story with a ‘chosen one’ who faces real challenges to become a hero.”—Robin Hobb, author of the Fitz and the Fool Trilogy

“In The Art of Prophecy, Wesley Chu writes like a master war artist. The War Arts Saga introduces a lavish world of martial arts that transcends into the mystical, just as this grandiose epic fantasy adventure transcends the page and comes alive in your mind.”—Peter V. Brett, New York Times bestselling author of The Desert Prince

“[The Art of Prophecy] is squarely directed at kung fu, wuxia, and wire-fu fans who adore Crouching Tiger, Hidden Dragon; Hero; The Legend of Drunken Master; Kung Fu Hustle, and the like, providing a story with an epic sweep punctuated with dashes of humor and sharp-edged banter. . . . Dramatic, fun, thoughtful, clever, and (literally) punchy.”—Kirkus Reviews (starred review)

“Chu’s wry prose and characters are a delightful counterpoint to the physical and emotional demands undertaken by Jian and his allies, while the subplots build a vast panoramic view of this incredible world in the first of a new series.”—Library Journal
Read More

Dreamy Summer: Out of This World Fantasies on Audio 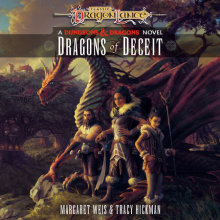 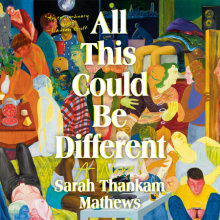 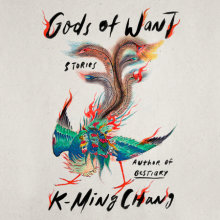