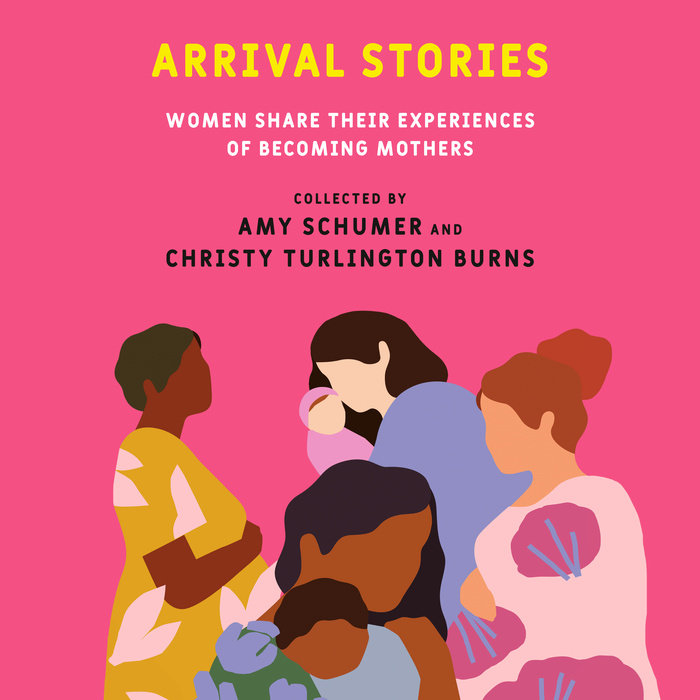 Two pink lines on a pregnancy test. The primal scream of a woman pushing through her thirty-fifth hour of labor. The moment a still-wet newborn is placed in his mother’s open arms after an unexpected C-section. The bottomless love reflected in the eyes of a father seeing his daughter for the first time. The moment a baby latches on to her mother’s breast. Or the moment that mother decides to switch to formula. Each of these, and so many more, are stories of entering motherhood.

Motherhood is an identity, a calling, a battle, a journey. By sharing their experiences, the contributors to Arrival Stories offer an informative and deeply affecting account of what it feels like when a woman first realizes she is a mother. This beautiful collection features essays by:

Throughout her difficult pregnancy and following her frightening labor experience, stand-up comedian, actress, writer, producer, and director Amy Schumer found camaraderie and empowerment in hearing birth stories from other women, including those of her friend, activist Christy Turlington Burns.

Turlington Burns’s work in maternal health began after she experienced a childbirth-related complication in 2003—an experience that would later inspire her to direct and produce the documentary feature film, No Woman, No Cry, about the challenges women face throughout pregnancy and childbirth around the world. Turlington Burns is the founder and CEO of Every Mother Counts, a nonprofit advocacy organization that has invested over $20 million in programs in Africa, Latin America, South Asia, and the United States. Every Mother Counts works to make pregnancy and childbirth safe, respectful, and equitable for every mother, everywhere.

It is through Schumer and Turlington Burns’s conversations that the idea for Arrival Stories was born. Intimate and urgent, Arrival Stories offers a panoramic view of motherhood and highlights the grave injustices that women of color face in maternal healthcare. It is the perfect book for any expectant or new mother, or for anyone who knows and loves one.
Read More