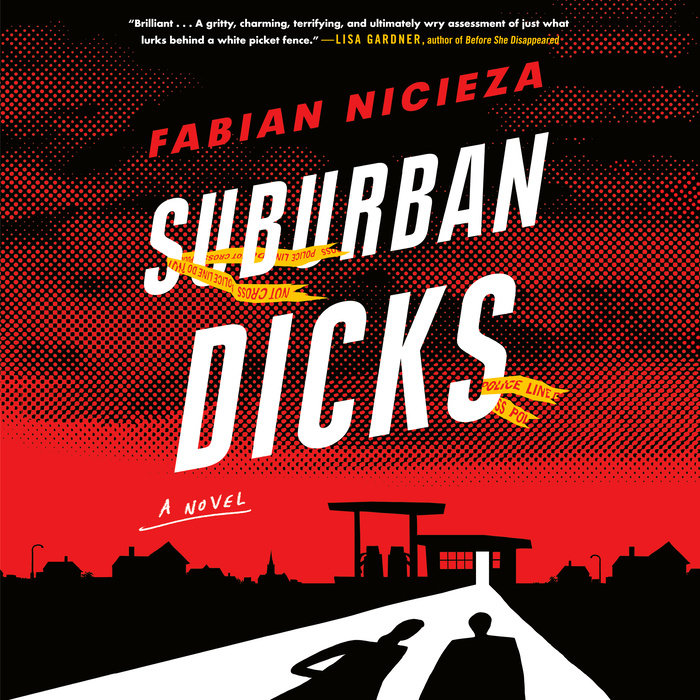 Andie Stern thought she'd solved her final homicide. Once a budding FBI profiler, she gave up her career to raise her four (soon to be five) children in West Windsor, New Jersey. But one day, between soccer games, recitals, and trips to the local pool, a very pregnant Andie pulls into a gas station--and stumbles across a murder scene. An attendant has been killed, and the bumbling local cops are in way over their heads. Suddenly, Andie is obsessed with the case, and back on the trail of a killer, this time with kids in tow.

She soon crosses paths with disgraced local journalist Kenneth Lee, who also has everything to prove in solving the case. A string of unusual occurrences--and, eventually, body parts--surface around town, and Andie and Kenneth uncover simmering racial tensions and a decades-old conspiracy. Hilarious, insightful, and a killer whodunit, Suburban Dicks is the one-of-a-kind mystery that readers will not be able to stop talking about.
Read More
“Satire is hard to establish and even harder to maintain, but Nicieza flawlessly critiques the pervasiveness of suburban racism, the challenge of stay-at-home motherhood, the toxic culture of White masculinity, and the self-aggrandizing role of the media, and he does it with a pair of completely flawed yet appealing characters and a diverse cast of voices. Delightfully irreverent and so very entertaining.”--Kirkus Reviews (starred review)

“A darkly comedic and timely detective novel with some serious grit.”--Popsugar (one of the "Best Books of June")

“[A] ceaselessly funny debut novel…Suburban Dicks is a well-oiled mystery, throughout which stereotypes fly from the mouths and pollute the minds of even well-meaning characters trying to get to the bottom of Sasmal's murder and the decades-old crime it points to. Nicieza, co-creator of Marvel's Deadpool, has set out to expose prejudice in all its hairy, shattering guises, and in so doing, he never fails to find a laugh where it hurts.”--Shelf Awareness

“Nicieza, a comics writer best known as co-creator of the wisecracking antihero Deadpool for Marvel, pivots to his first mystery here but keeps the comic-book energy and zaniness…Scathing and timely social commentary in a comic mystery.”--Booklist

“An engrossing and hilariously entertaining murder mystery featuring two unforgettable protagonists… Suburban Dicks, with its plot revolving around hate crimes, institutionalized racism, police corruption, and a far-reaching conspiracy, is a timely tale… This is a mystery with plenty of zing to it, one that’ll make audiences laugh out loud and gasp “Ooooh!” from page to page. If Anne Rule and the Coen Brothers had collaborated on a novel, it might be something like this.”--Criminal Element

"Hard to put down… There are unexpected twists and turns and characters who are vividly drawn, both their flaws and their good points… The storyline is also timely as it deals with racial injustice and divisiveness that radiates from the police department on down.”--Mystery and Suspense

"A brilliant, if not harrowing, send-up of suburban life.  From the frazzled soon-to-be mother of five who secretly channels Sherlock Holmes, to an epic battle over swimming pool permits which hides secrets far more dangerous than swimming pools or permits, Suburban Dicks offers a gritty, charming, terrifying, and ultimately wry assessment of just what lurks behind a white picket fence."--Lisa Gardner

"A surprising first novel with heart, humor, and an insightful look into the joys and miseries of picket-fence living. Beware. Suburban Dicks will keep you guessing, especially when it comes to this small town’s secrets."--Brad Meltzer

“Suburban Dicks is a can’t-miss romp that introduces two protagonists you won’t soon forget. Sharp, insightful, belly-laugh-inducing, and impossible to put down, Nicieza has crafted one hell of a debut - one that has the poise and charm of a tenth novel instead of a first. You won’t want to miss this unique and memorable crime novel.” --Alex Segura

“Strap yourself in for a wildly improbable and enormously fun ride… In mysteries there are some protagonists that just stand out by their force of personality and their likeability. Andie Stern is such a character. You may cringe at her maternal skills, but she is so entertaining that I became an instant fan… I can see Janet Evanovich fans flocking to this title.”--Deadly Pleasures 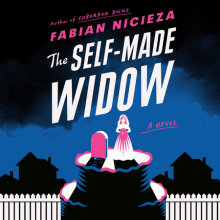 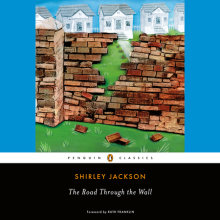 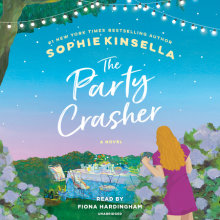