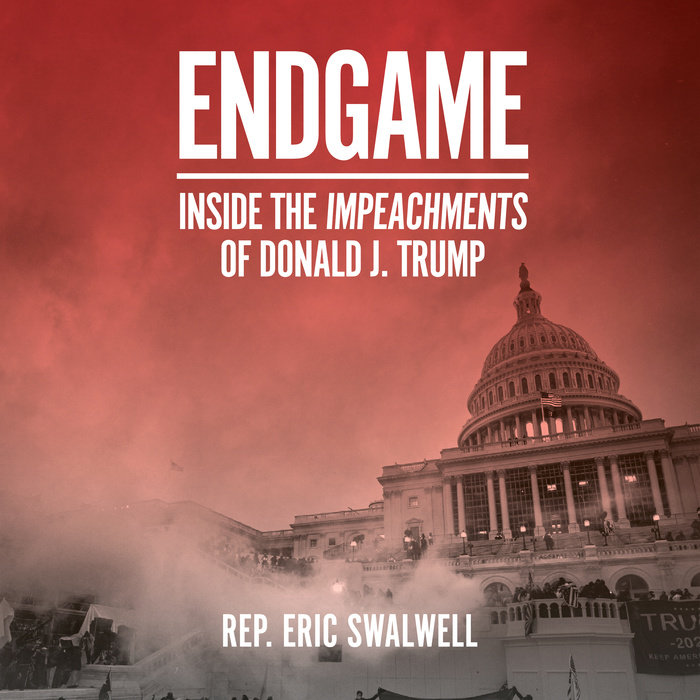 How do you stop a rogue president? How do you protect a country from a man who lies, who obstructs justice, and who seeks to cheat with foreign powers to get reelected? Our constitution offers one remedy: impeachment. On December 18, 2019, President Donald J. Trump became just the third president in US history to be impeached by the House of Representatives. And then, on January 13, 2021, he became the first president to be impeached twice.

In Endgame, Congressman Eric Swalwell offers his personal account of his path to office all the way to House impeachment manager, and how he and his colleagues resisted, investigated, and impeached a corrupt president. Swalwell takes readers inside Congress and through the impeachment process, from Trump’s disgraceful phone call with the Ukrainian president to depositions in the SCIF, and from caucus meetings and conversations with the Speaker to the bombshell public hearings and the historic vote, and then what followed—the 2020 election, the insurrection on January 6, 2021, the second impeachment and second trial. Endgame is fascinating, a gripping read by a unique witness to extraordinary events.
Read More