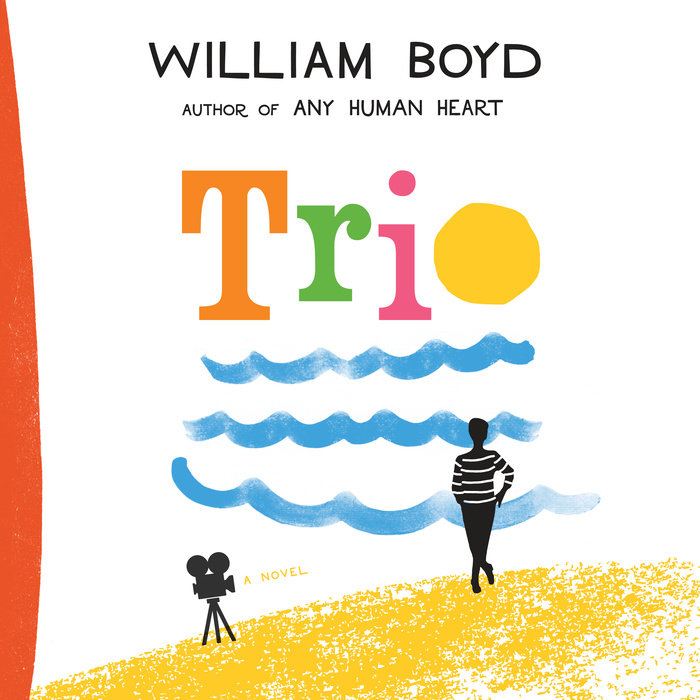 A producer. A novelist. An actress. It's summer 1968—a time of war and assassinations, protests and riots. While the world is reeling, our trio is involved in making a disaster-plagued, Swingin' Sixties British movie in sunny Brighton. All are leading secret lives. As the movie shoot zigs and zags, these layers of secrets become increasingly more untenable. Pressures build inexorably. The FBI and CIA get involved. Someone is going to crack—or maybe they all will. From one of Britain's best loved writers comes an exhilarating, tender novel—by turns hilarious and heartbreaking—that asks the vital questions: What makes life worth living? And what do you do if you find it isn't?
Read More
“A rollicking escape from today’s soul-crushing social and political turmoil.”
—Ellen Akins, Washington Post

“Boyd winks at the idiosyncrasies and vulgarities specific to each character’s métier, and at the precarious process of artistic creation . . . This novel proceeds at a brisk clip . . . With tart humor.”
—The New Yorker

“The characters are wonderfully written and I loved escaping to the gossipy world of the film set.”
—Good Housekeeping (Book of the Month)

“A ton of fun . . . Trio, with its wickedly accurate period detail and darkly wayward farce, is Boyd at his most entertaining.”
—Boston Globe

“A meticulously crafted tale . . . Boyd’s narrative gifts and film experience blend harmoniously in Trio . . . These include crisp pacing, cliffhanger chapter endings, colorful characters defined by action, and a narrative dominated by lively scenes . . . Among the richest of the novel’s many pleasures are [the] minor characters, including some irresistibly vain and grasping thespians . . . Boyd’s fast-paced blend of comedy and tragedy, written with his usual brio, is richly imagined, thick with physical and emotional detail, and deeply satisfying . . . The author’s skills are such that, when we finally fade to black, the audience regrets only that the show wasn’t longer.”
—Wall Street Journal

“It would be hard to think of a living novelist whose books encompass more history, more settings, more professions, more varieties of individual fate, than William Boyd—at least with anything like his assurance . . . For readers who go to fiction for the pleasures of panoramic sweep, elaborate plotting, and the company of a humane, genial intelligence, he has become one of the preferred masters . . . More than just a clever authorial performance, the structure underpins a sustained preoccupation with the tension between fate and chance, art and accident, script and improvisation. For every turn of events, the story ingeniously suggests a multitude of other outcomes that might have occurred instead.”
—New York Times Book Review

“A darkly hilarious novel of style and rapier wit . . . Fast-paced and expertly written, Trio is a brilliant comedy of manners that dances back and forth between the complicated inner and outer lives of its characters . . . The result is a story that instantly pulled this reader in and kept her there, delighted by Boyd’s ingenuity, sophistication, and unforgettable characters.”
—Avenue Magazine

“Boyd is an exquisite stylist, and his tragicomic novel is a sublime escape . . . Filled with outlandish and amusing characters . . .  Boyd expertly unfolds his characters’ stories.”
—Publishers Weekly

“Delicious . . . In addition to the [titular trio], a slew of other interesting characters fills out the corners of the novel, giving it the feel of one of Robert Altman’s high-spirited ensemble films of this era. Boyd deftly juggles serious and comedic elements.”
—Kirkus Reviews

“The most accomplished novel I have read in a long while . . . Superbly wry and wise and funny and truthful . . . Boyd is a highly accomplished writer and Trio is a masterclass in artistic technique . . . Boyd pays as much detailed attention to minor characters as Flaubert himself . . . The balance of plot movement and interiority is also perfectly calibrated . . . Meanwhile everything is laced with an understated but refreshingly sophisticated wit . . . There are many literary amusements to be found in these pages, too . . . No wonder Boyd’s reputation is assured.”
—The Guardian

“An elating read.”
—The Sunday Times

“Trio is a delight, one of Boyd’s best novels . . . What a pleasure it is to read a novel by an author who not only knows what he is doing and how to bring it off, but also remembers that people mostly read novels for enjoyment . . . Boyd is a master-craftsman . . . It is a juggling act and he doesn’t drop a single ball. Trio is a comic novel but one which is rich enough to admit sadness . . . Boyd moves from one register to another without striking a false note.”
—The Scotsman

“Boyd’s prose is as fluent as ever, but it’s the ideas pulsing beneath the surface of the story that distinguish Trio . . . Trio is affecting as a subtle exploration of the relationship between individuals and history and as a depiction of characters who are searching for the things that make life worth living.”
—Financial Times

“Boyd’s sublime gift for characterisation is given full flow in this pacy, utter treat of a novel.”
—Telegraph

“Boyd keeps the plot racing along, yet for all the twists, the real delight is in his wry portrait of a bygone age . . . Boyd’s usual sure touch is evident throughout this tender, gently comic work.”
—Independent

“Reading William Boyd’s Trio is like shrugging on a favourite worn leather jacket on the first brisk morning of autumn: cosy but cool.”
—The Times

“What could be more reassuring in troubling times than a new William Boyd? Boyd, one of Britain’s best-loved writers, is known for intelligent and elegant character-driven books. Trio is cast from the same mould—with added larkiness . . . Trio is immensely readable, its descriptions full of light and colour, its humour spot on, its mood a perfect mix of frolicsome and melancholy.”
—Sunday Telegraph

“Entertainingly vivid . . . William Boyd is one of our best contemporary storytellers . . . Trio embraces comedy, tragedy, and redemption. It succeeds impressively because of its dramatic, often sensational, revelations.”
—The Spectator

“Boyd has written comic novels, thrillers, thoughtful character studies, and fiction that ponders the 20th century’s great turning points. Now, with Trio, he combines all the above into a feast of storytelling crammed with delicious plots and subplots . . . Like the old pro he is, Boyd handles it with total aplomb, somehow keeping the pace both brisk and unhurried, as he heads towards a conclusion that binds the various threads together in a wholly satisfying way.”
—Reader’s Digest

“Boyd has always been a storyteller first and foremost and he gets to work on the characters’ stories with invisible skill and humour laced with poignancy.”
—New Statesman

“A novel as charming as it is satisfying, a pleasure to read . . . The whole thing purrs along with such effortlessness that you are barely aware of the engine working underneath. There is much attention to period detail, a lovely portrait of the ‘60s British film world, and Boyd’s characters live breathe, and bruise vividly . . . And it confirms, once again, that Boyd, long a consummate storyteller, still has it.”
—iNews

“The gentle, witty story includes genuinely heartbreaking moments and brilliantly captures the spirit of an era when change was in the air.”
—Sunday Mirror

“Engrossing . . . An intelligent, entertaining, and layered read.”
—The Arts Desk

“Absorbing . . . The story is made up of a series of dramas that can be read as separate if intertwined tales or as components in a satisfying whole. In Trio, in other words, three is never a crowd.”
—The Economist 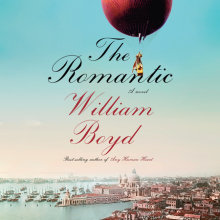 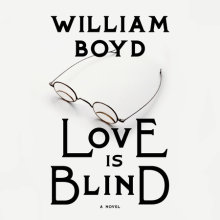