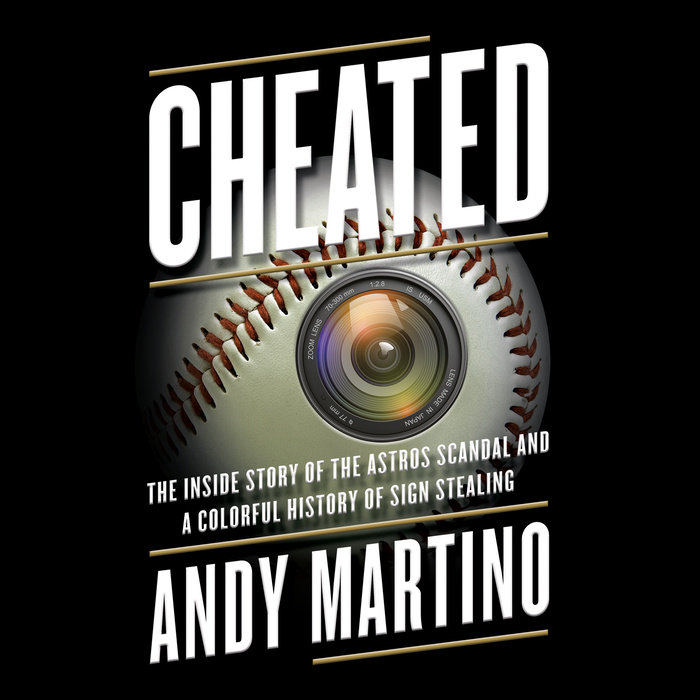 Written by: Andy Martino
Read by: Andy Martino
9 Hours and 2 Minutes Imprint: Random House Audio Genre: Sports & Recreation - Baseball - General Release Date: June 08, 2021
“A baseball book that reads like a spy novel—a story about cheaters and the cheated that has the power to forever change how we feel about the game.” —Brian Williams, MSNBC anchor and host of The 11th Hour

The definitive insider story of one of the biggest cheating scandals to ever rock Major League Baseball, bringing down high-profile coaches and players, and exposing a long-rumored "sign-stealing" dark side of baseball

The ensuing scandal rivaled that of the 1919 "Black Sox" and the more recent steroid era, and became one of the most significant that the game had ever seen. The fallout ensnared many other teams, either as victims, alleged cheaters or both. The Los Angeles Dodgers felt robbed of a World Series title, and fended off accusations about their organization. Same for the New York Yankees. The Boston Red Sox were soon under investigation themselves. The New York Mets lost a promising manager before he ever managed a game.

Andy Martino, an award-winning journalist who has covered Major League Baseball for more than a decade, has broken numerous stories about the Astros and sign-stealing in baseball. In Cheated, Martino takes readers behind the scenes and into the heart of the events that shocked the baseball world. With inside access to the people directly involved, Martino breaks down not only exactly what happened and when, but reveals the fascinating explanations of why it all came about. The nuance and detail of the scandal reads like a true sports whodunnit. How did otherwise good people like Astros' manager A.J. Hinch, bench coach Alex Cora and veteran leader Carlos Beltran find themselves on the wrong side of clear ethical lines? And did they even know when those lines had been crossed? Cheated is an explosive, electrifying read.
Read More
Finalist for the 2021 Casey Award for Best Baseball Book of the Year

“Andy Martino offers the definitive account of the sign-stealing scandal that brought low the 2017 World Series winners, undermining that victory and tarnishing the reputations of players and management alike. . . In forensic detail, Martino describes the execution of the Astros’ scheme and assesses the advantage it conveyed. More compelling, though, are his attempts to understand its perpetrators, especially Carlos Beltran, one of the ringleaders. . . Beltran’s descent down the slippery slope from all-but-sanctioned espionage to reprehensible cheating gives Martino’s narrative its compelling tragic arc.”
—The New York Times Book Review

"Andy Martino delves, dissects, and masterfully delivers the high drama of the sign-stealing scandal that has rocked the baseball world since 2017. Crisply told and densely packed with historical and psychological insights, this is one of the best books about American sports I have read in years."
—Paul Auster, author of The New York Trilogy and 4 3 2 1

"Listen up. Here’s a coded whistle, a bang on the nearest garbage can to let you know that a fastball is coming from Andy Martino with Cheated. This is a caper story about a plot to steal baseball’s most coveted prize, the World Series, an outlandish scheme that works…until it doesn’t. Fascinating, fascinating stuff."
—Leigh Montville, author of The Big Bam and Ted Williams

"Tinker, Tailor, Soldier…Trash Can? Andy Martino has given us a baseball book that reads like a spy novel—a story about cheaters and the cheated that has the power to forever change how we feel about the game."
—Brian Williams, MSNBC anchor and host of The 11th Hour

"Leave it to an old-school journalist like Andy Martino to get to the bottom of a modern-day baseball crime. With his intimate knowledge of clubhouse culture and ability to humanize the sport’s most recognizable figures, Martino explains how an accepted form of gamesmanship gradually transformed into blatant cheating. This story couldn’t be told in 280-character blocks
on Twitter and we are fortunate Martino took the time to detail the confluence of factors that resulted a scandal that damaged baseball’s credibility."
—Dylan Hernandez, Los Angeles Times sports columnist

"With the eye of a keen reporter and the touch of a gifted storyteller, Andy Martino exposes the shadowy subculture of sign-stealing in baseball. Through historical perspective, vivid details and textured character studies, Cheated is the definitive story of the biggest baseball scandal of this era: how it was done, how it unraveled, and how the culture of the Astros—and the game itself—unleashed a full-blown crisis of paranoia, moral compromise and broken trust on our national pastime."
—Tyler Kepner, author of K: A History of Baseball in Ten Pitches

"I feel Cheated by what the Astros did, as will anyone who reads this unbiased, fascinating, and detailed account of how an art form performed by the rarest of artists turned mechanical, forever tainting the internal beauty and magic of the greatest game in the world."
—MLB veteran Todd Zeile

"Sign stealing is as old as baseball and is viewed as either part of the game or a heinous infraction. The two viewpoints cross swords when they play out in the post-season, and for the national pastime, the Houston Astros cheating scandal became the game's biggest since the 1919 Black Sox. It's all worthy of a book, and Andy Martino delivers a high hard one here."
—Marty Appel, author of Munson, Casey Stengel, and Pinstripe Empire

"Combining his reporting on a modern baseball scandal with an acute knowledge of the history of the game, Andy Martino intelligently dissects the Houston Astros scandal. A remarkable read about how much the game we love has changed—and how, in some ways, it has always remained the same."
—Ron Darling, MLB veteran and award-winning analyst for Turner Sports and SportsNet New York
Read More 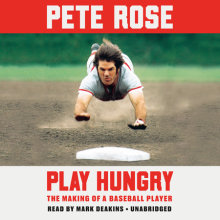