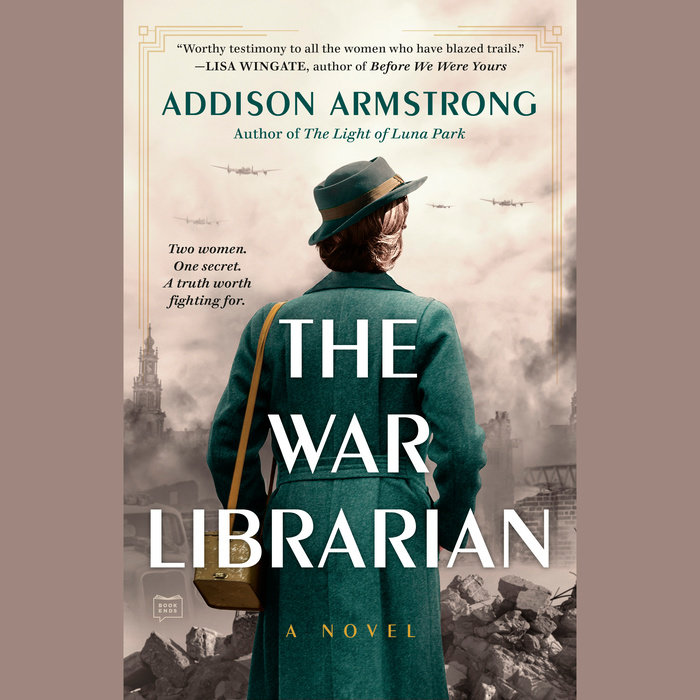 Written by: Addison Armstrong
Read by: Saskia Maarleveld & Lauren Ezzo
10 Hours Imprint: Penguin Audio Genre: Fiction - Historical - World War I Release Date: August 09, 2022
The Paris Library meets The Flight Girls in this captivating historical novel about the sacrifice and courage necessary to live a life of honor, inspired by the first female volunteer librarians during World War I and the first women accepted into the U.S. Naval Academy.

Two women. One secret. A truth worth fighting for.

1918. Timid and shy Emmaline Balakin lives more in books than her own life. That is, until an envelope crosses her desk at the Dead Letter Office bearing a name from her past, and Emmaline decides to finally embark on an adventure of her own—as a volunteer librarian on the frontlines in France. But when a romance blooms as she secretly participates in a book club for censored books, Emmaline will need to find more courage within herself than she ever thought possible in order to survive.

1976. Kathleen Carre is eager to prove to herself and to her nana that she deserves her acceptance into the first coed class at the United States Naval Academy. But not everyone wants female midshipmen at the Academy, and after tragedy strikes close to home, Kathleen becomes a target. To protect herself, Kathleen must learn to trust others even as she discovers a secret that could be her undoing.
Read More
"Shining light upon the work of the original war librarians, Addison Armstrong not only offers a tribute to the power of books and libraries, but also manifests the unconventional lives of two women separated by fifty years, both determined to defy society’s limitations and forge futures that break the mold. Emmaline and Kathleen stand as worthy testimony to all the women who have blazed trails where none existed before." —Lisa Wingate, author of Before We Were Yours and The Book of Lost Friends

“The War Librarian is a compelling and inspiring tribute to the courageous, groundbreaking women who risked their lives to pursue their heart’s desire even when—especially when—their ambitions led them into places where women were at best unexpected, and at worst, fiercely opposed.” —Jennifer Chiaverini, author of The Women’s March

"If one can measure a novel's success by the emotions it draws from readers, the sophomore work by Armstrong is very effective indeed. Romance and long-held secrets provide additional intrigue in this increasingly powerful story. The values of intellectual freedom, antiracist activism, and female friendship are illustrated within their historical contexts, yet these themes couldn't be timelier." —Booklist

"Armstrong's dark and disturbing tale of prejudice, discrimination, determination, and bravery will resonate with readers caught up in the same issues today." —Library Journal

“Dual story lines masterfully reflect how nominal moves toward institutional inclusion can belie the persistence of cultures of exclusion. Historical fans will devour this intimate story about fighting for dignity and respect during trying times.” —Publishers Weekly

“The War Librarian is a touching story of courage and female friendship, with two heroines who will win you over with their honesty, integrity, and resilience—I found myself cheering for them until the very last page!” —Ann Mah, author of The Lost Vintage

“The War Librarian shines a light on the courage and tenacity of women who blazed trails through male-dominated territory for future generations to follow. A vividly told story of female empowerment with humanity and heart.”—Christine Wells, author of Sisters of the Resistance

“The War Librarian is an empowering tale of sisterhood and sacrifice, reminding us of the importance of standing up for what is right in the world—even in the face of war and great peril. Timely and enlightening!” —Sara Ackerman, author of Radar Girls

“Meticulously researched, intricately woven, and deeply heartfelt, The War Librarian is a testament to the life-giving, life-affirming, and life-changing power of the written word—and of women. Highly recommend!" —Gabriella Saab, author of The Last Checkmate

“The War Librarian is a compelling story that reminds us how powerful one person’s voice, and actions, can be. Another powerful tribute to our military's female ‘firsts.’” —Kaia Alderson, author of Sisters In Arms

“In The War Librarian, Addison Armstrong has created both a compelling look at WWI war librarians and a love letter to books and the power of words. Readers will be kept turning pages as both Emmaline and Kathleen fight against prejudice and censorship in their eras. Secrets abound in both timelines, but it’s the strong friendships and courageous women that form the heart of this engaging look at forgotten history.” —Amy Lynn Green, author of The Blackout Book Club
Read More 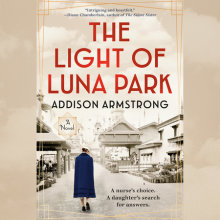