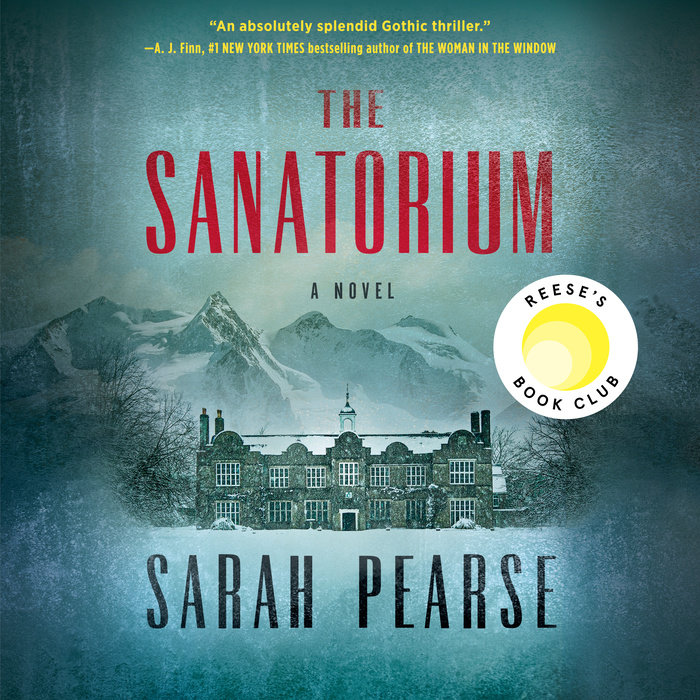 “An eerie, atmospheric novel that had me completely on the edge of my seat.” —Reese Witherspoon

Half-hidden by forest and overshadowed by threatening peaks, Le Sommet has always been a sinister place. Long plagued by troubling rumors, the former abandoned sanatorium has since been renovated into a five-star minimalist hotel.

An imposing, isolated getaway spot high up in the Swiss Alps is the last place Elin Warner wants to be. But Elin's taken time off from her job as a detective, so when her estranged brother, Isaac, and his fiancée, Laure, invite her to celebrate their engagement at the hotel, Elin really has no reason not to accept.

Arriving in the midst of a threatening storm, Elin immediately feels on edge--there's something about the hotel that makes her nervous. And when they wake the following morning to discover Laure is missing, Elin must trust her instincts if they hope to find her. With the storm closing off all access to the hotel, the longer Laure stays missing, the more the remaining guests start to panic.

Elin is under pressure to find Laure, but no one has realized yet that another woman has gone missing. And she's the only one who could have warned them just how much danger they are all in. . .
Read More
Praise for The Sanatorium:

“CHILLING! The Sanatorium by Sarah Pearse is an eerie, atmospheric novel that had me completely on the edge of my seat. Let’s set the mood. . . . You’re in a remote location—at a hotel—and there’s a snowstorm. The winds are howling, the snow is pelting in every direction, there’s a missing person, and a dead body shows up!”
—Reese Witherspoon

“When guests at a five-star resort in the Alps disappear mid-blizzard, vacation’s over for detective Elin Warner. It’s The Shining but with a full house.”
—People

“I devoured this in one sitting.”
—Parade

“Pearse’s engrossing debut boasts a highly atmospheric setting. . . . Readers will applaud as Elin, for all her anxieties, emerges as a competent sleuth. This dark tale of family dynamics is sure to please suspense fans.”
—Publishers Weekly

“Pearse not only creates believably fallible characters, she also vividly portrays the frigid landscape of Le Sommet buffeted by blizzards, and a chilling epilogue cries out for a sequel. Crime-fiction readers will want to keep an eye on Pearse.”
—Booklist (starred review)

“I absolutely loved The Sanatorium—it gave me all the wintry thrills and chills. It was just wonderful.”
—Lucy Foley, New York Times bestselling author of The Guest List

“The Sanatorium is an absolutely splendid Gothic thriller—gracious in its nods to the classic locked-room mystery, yet bold enough to burst out of that room through the window. Pearse writes prose fresh and crisp as Swiss Alp powder, and her characters fascinate even as their numbers dwindle.”
—A. J. Finn, #1 New York Times bestselling author of The Woman in the Window

“Pearse’s The Sanatorium will keep you checking over your shoulder. This spine-tingling, atmospheric thriller has it all: an eerie Alpine setting, sharp prose, and twists you’ll never see coming. A must-read.”
—Richard Osman, international bestselling author of The Thursday Murder Club

“Sarah Pearse’s The Sanatorium is a knockout. Mesmerizing, lyrical prose contrasts starkly with the dark story events in this debut thriller set at a remote luxury hotel in the Swiss Alps. Tense, claustrophobic, with a horrific connection between past and present that is utterly unpredictable—I loved this book!”
—Karen Dionne, #1 international bestselling author of The Wicked Sister

“It’s hard to believe this is a debut novel, given how masterfully Sarah Pearse writes. The setting is starkly chilling, the characters are smart and vulnerable, and as you turn the pages, the slow creep of claustrophobia sets in. . . . Highly recommended.”
—Sarah Pekkanen, #1 New York Times bestselling coauthor of The Wife Between Us

“A mix of whodunnit and psychological thriller with hints of horror, this fine debut . . . is smartly structured and often powerful.”
—The Sunday Times (London)

“Sarah Pearse’s chilling debut is making waves. . . . The Sanatorium certainly has an eerie, cinematic appeal. . . . Sinister scene well and truly set, unexplained disappearances commence, and dark family dynamics emerge, with quick chapters that keep pages turning. With whispers of The Shining in setting and The Girl on the Train in pace, it . . . will please fans of suspense. Either way, it’s crying out for a screen adaptation and provides a welcome, if unsettling, distraction from current events.”
—Vanity Fair (UK)

“This impressive debut is a twist on the classic locked-room mystery in a wonderfully eerie Gothic setting. Its sharp prose builds suspense through a series of twists that will send an Alpine chill up your spine, building to an unpredictable ﬁnale. This clever, compelling thriller deserves to be a bestseller and marks out Sarah Pearse as one to watch.”
—Sunday Express (London)

“A colorful and tense murder mystery with a chilling (in more ways than one) atmosphere . . . There is a pleasing pressure-cooker feel to proceedings, reminiscent of Agatha Christie’s classic And Then There Were None. Pearse uses clever red herrings—secrets, pills, affairs, mental illness—and the standoff scenes between Elin and the murderer are genuinely scary.”
—The Irish Times (UK)

“Slowly the dark secrets hidden in the sinister building emerge from the shadows. There are echoes of Hitchcock and du Maurier, but Pearse has her own distinctive, emotional voice—one to be admired.”
—Daily Mail (London)

“Dark, suspenseful, and downright chilling, Pearse’s debut, The Sanatorium, is a triumph. Vividly set against the backdrop of the Swiss Alps, it had me on the edge of my seat from the first page. Pearse’s writing is sublime. Pearse has a big future ahead of her.”
—Sally Hepworth, bestselling author of The Mother-in-Law

“The Sanatorium is definitely a debut novel to watch out for. What a chilling read! One of the creepiest thrillers I’ve ever read. So atmospheric, clever, and compulsive. LOVED it!”
—Claire Douglas, bestselling author of Last Seen Alive

“A superb debut offering an astonishingly creepy and isolated backdrop, great characters, tension, and twists. Hugely atmospheric with enough menace to keep you looking over your shoulder!”
—Sam Carrington, bestselling author of I Dare You

“A spine-tingling setting, an unnerving cast of characters, and so many incredibly creepy moments . . . This is not one to read before bed!”
—Elizabeth Kay, author of Seven Lies

“A superbly atmospheric crime debut. Deliciously creepy and clever, it’s everything you could want in a thriller. Very highly recommended!”
—Simon Lelic, author of The Search Party

“An atmospheric thriller with the perfect claustrophobic setting. This is equal parts creepy, suspenseful, and gruesome—everything you could want in a novel for this genre. This is a surefire hit guaranteed to keep you seeing shadows in the snow on those freezing winter nights. I loved it.”
—C. J. Skuse, author of Sweetpea

“I loved it—such a wonderful sense of location, and the tension is knife edge–sharp. I was up at 5:30 in the mornings to read it.”
—Michelle Adams, author of If You Knew My Sister 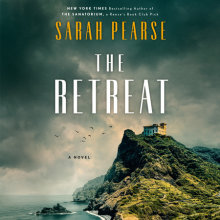