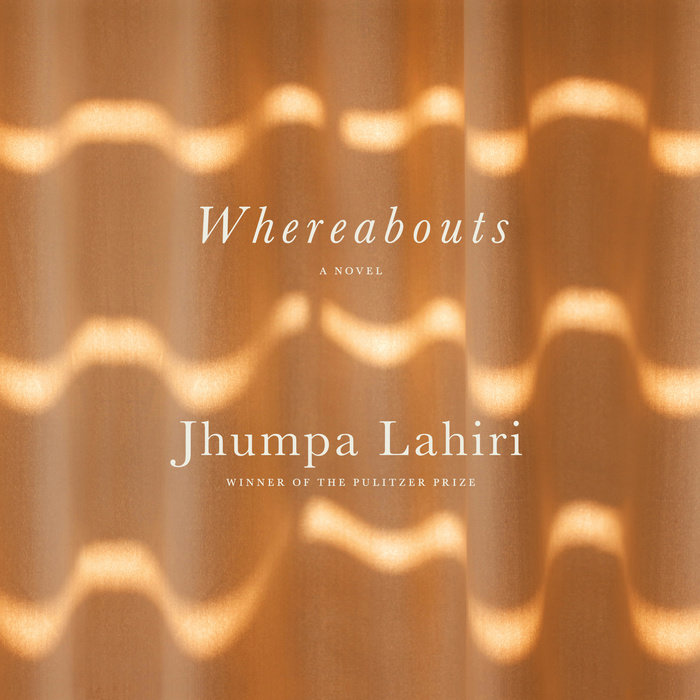 Written by: Jhumpa Lahiri
Read by: Susan Vinciotti Bonito
3 Hours and 24 Minutes Imprint: Random House Audio Genre: Fiction - Literary Release Date: April 27, 2021
NEW YORK TIMES BEST SELLER • A marvelous new novel from the Pulitzer Prize-winning author of The Lowland and Interpreter of Maladies—her first in nearly a decade—about a woman questioning her place in the world, wavering between stasis and movement, between the need to belong and the refusal to form lasting ties.

Exuberance and dread, attachment and estrangement: in this novel, Jhumpa Lahiri stretches her themes to the limit. In the arc of one year, an unnamed narrator in an unnamed city, in the middle of her life’s journey, realizes that she’s lost her way. The city she calls home acts as a companion and interlocutor: traversing the streets around her house, and in parks, piazzas, museums, stores, and coffee bars, she feels less alone.

We follow her to the pool she frequents, and to the train station that leads to her mother, who is mired in her own solitude after her husband’s untimely death. Among those who appear on this woman’s path are colleagues with whom she feels ill at ease, casual acquaintances, and “him,” a shadow who both consoles and unsettles her. Until one day at the sea, both overwhelmed and replenished by the sun’s vital heat, her perspective will abruptly change.

This is the first novel Lahiri has written in Italian and translated into English. The reader will find the qualities that make Lahiri’s work so beloved: deep intelligence and feeling, richly textured physical and emotional landscapes, and a poetics of dislocation. But Whereabouts, brimming with the impulse to cross barriers, also signals a bold shift of style and sensibility. By grafting herself onto a new literary language, Lahiri has pushed herself to a new level of artistic achievement.
Read More
A Most Anticipated Novel of the Year from: Buzzfeed • O, The Oprah Magazine • TIME • Vulture • Vogue • LitHub • Harper's Bazaar

“A quietly bracing work of fiction . . . This is arguably Lahiri’s most beautifully written novel.”
—Jennifer Wilson, The Nation

“A gorgeous, contemplative read . . . Poetic prose that invites you to linger over the words.”
—Real Simple, “Best Books of 2021 (so far)”

“Whereabouts is rendered in short, journal-like fragments so strongly and rightly voiced that other books sound wrong when you turn to them."
—Claire Dederer, The Atlantic

“Another masterstroke in a career already filled with them.”
—O, the Oprah Magazine

“Whereabouts signals a new mode for Lahiri, and a daring transformation . . . It feels true and wise to the core.”
—Anderson Tepper, Los Angeles Times

“Subtle and stirring . . . A fascinating departure in cadence and form for Lahiri. Whereabouts [is written with] the sort of deft hand so few can properly wield: it evokes the sort of slow thrum of despair and loneliness so few can manage well. But Lahiri is no ordinary writer. There’s a calming sense of comfort one finds in the solitude experienced by our main character, largely due to the exactness of Lahiri’s writing. Poetic as she is and always has been, seemingly innocuous turns of phrase cut to the core, while descriptions of light and darkness take you aback and make you swoon. Elegantly observed and often beautifully sad . . . Whereabouts will stay with you longer than you anticipate.”
—Alicia Lutes, USA Today

“Hypnotic…a book [whose] peculiar magnetism lies in its clash of candour and coyness.”
—Anthony Cummins, The Guardian

“Skillful… Lahiri's sentences are honed to minimalist beauty. A loose narrative emerges of an Italian woman at a crossroads in her life . . . The chapters detail encounters, but other humans are like passing shadows. The pain of the narrator’s isolation feels extremely real.”
—Madeleine Thien, The New York Times Book Review

“Lahiri’s prose shimmers with precise detail. Whether it’s an American-born son misunderstanding his Bengali father’s wishes in The Namesake or an Indian guide seeing dangers that American tourists cannot in Interpreter of Maladies, Lahiri has demonstrated that she is a master of cultural collisions. Whereabouts returns to her ever-present theme, now in an Italian setting, of the terrors and joys wrought by bridging worlds.”
—L.A. Taggart, San Francisco Chronicle

“Fresh, unique . . . Lahiri [has] stretched the form of the novel. Wandering through an anonymous life, seeing things through one person’s eyes, is enjoyable . . . At one point the narrator becomes as voyeuristic as her readers, following a stranger on the street and asking herself, ‘What’s her face like? Has she always lived here, like me?’ Each chapter floats by quickly, [with] sparse and lyrical prose.”
—Rob Merrill, Associated Press

“Some books leave you with a feeling for which there are no words, or at least no words in English that you know of. Jhumpa Lahiri’s Whereabouts is one of those books. The feeling closest to what is evoked by this beautifully crafted novel is a stroll during the blue hour on the first warm evening of spring. A jewel of a book.”
—Arlene McKanic, BookPage

"A meditative and aching snapshot of a life in suspension... Lahiri’s poetic flourishes and spare, conversational prose are on full display. This beautifully written portrait of a life in passage captures the hopes, frustrations, and longings of solitude and remembrance."
—Publishers Weekly [starred review]

“Painterly… exquisitely detailed… [Lahiri’s] language seems to have been sieved through a fine mesh, each word a gleaming gemstone. Such expressive refinement perfectly embodies Lahiri’s narrator, who lives alone in an unnamed Italian city [and] examines her life in first-person vignettes… There is melancholy here, but these concentrated, poignant, and rueful episodes also pulse with the narrator's devotion to observation and her pushing through depression to live on her terms. She exalts in her lively neighborhood, in the country beneath skies as moody as she is, and by the tempestuous sea, all while recording her stealthy battle against her tendency to burrow into her shell. An incisive and captivating evocation of the nature and nexus of place and self.”
—Donna Seaman, Booklist 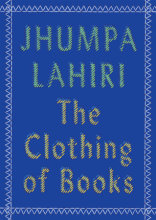 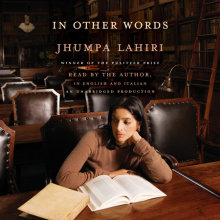 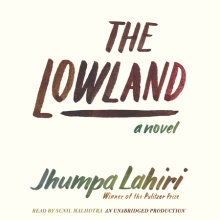 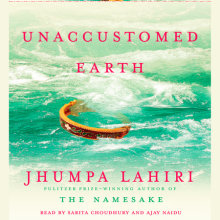