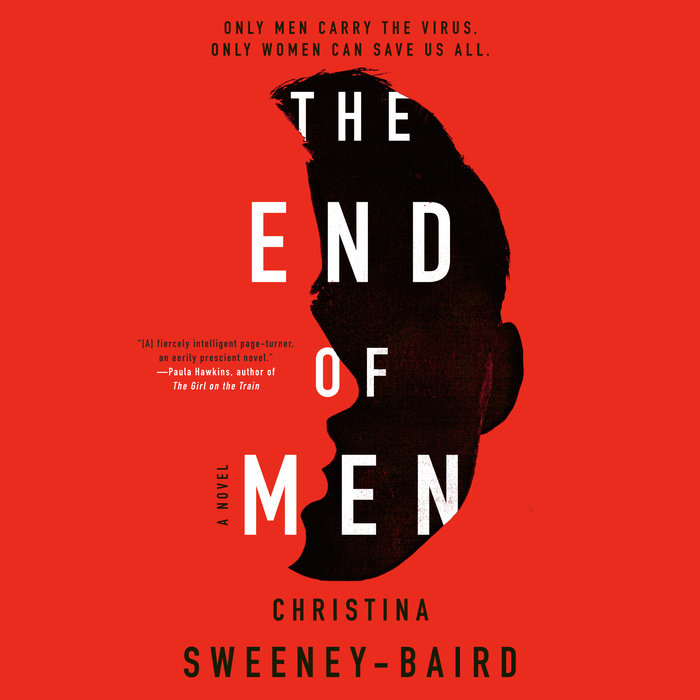 Set in a world where a virus stalks our male population, The End of Men is an electrifying and unforgettable debut from a remarkable new talent that asks: what would our world truly look like without men?

Only men carry the virus. Only women can save us all.

The year is 2025, and a mysterious virus has broken out in Scotland--a lethal illness that seems to affect only men. When Dr. Amanda MacLean reports this phenomenon, she is dismissed as hysterical. By the time her warning is heeded, it is too late. The virus becomes a global pandemic--and a political one. The victims are all men. The world becomes alien--a women's world.

What follows is the immersive account of the women who have been left to deal with the virus's consequences, told through first-person narratives. Dr. MacLean; Catherine, a social historian determined to document the human stories behind the "male plague"; intelligence analyst Dawn, tasked with helping the government forge a new society; and Elizabeth, one of many scientists desperately working to develop a vaccine. Through these women and others, we see the uncountable ways the absence of men has changed society, from the personal--the loss of husbands and sons--to the political--the changes in the workforce, fertility, and the meaning of family.

In The End of Men, Christina Sweeney-Baird turns the unimaginable into the unforgettable.
Read More
One of The Wall Street Journal's Best Science Fiction Books of the Year

“[A] chilling dystopian debut thriller. . . Sweeney-Baird’s look inside the heads of these and other shocked, desperate characters and her portrait of a bizarre new world are both thought- and fear-provoking. Readers will either wolf this down or elect to stay miles away from it, but controversy moves titles off the shelf. A top choice.”--Booklist (starred review)

"Philosophically sweeping and emotionally intimate. . . [The] personal politics and gender dynamics are spot-on, and readers will feel connected to the main characters’ struggles and resilience. Sweeney-Baird is a writer to watch.”--Publishers Weekly

"Gripping…beautifully written but also a page-turner. What a debut!"--Sarah Pearse, author of The Sanatorium

"So much speculative fiction amounts to nothing more than just that: idle what-iffing, spitballed at the reader with little conviction and even less imagination. But The End of Men, like only a very few novels published since The Handmaid's Tale—think Naomi Alderman's The Power, think Children of Men by P D James—builds an alternate reality so persuasive, so confident, that it soon evolves from intriguing fiction to you-are-there docudrama, as vivid as Max Brooks' World War Z. Part parable, part thriller, and altogether provocative, this is the stuff that classics are made of." —AJ Finn, New York Times bestselling author of The Woman in the Window

“Compelling and heartbreaking. A remarkable achievement.”—Abi Daré, author of The Girl With the Louding Voice

"A tour de force—a feminist reimagining of society but, really, a gripping story about real women. I could not think about anything else." —Gillian McAllister, author of Everything But the Truth

"‘I ripped through this. It’s pacey, devastating, prescient, compelling and confronting, not only because it’s the first thing I’ve read that even touches the sides of the very real pandemic we’re living through, but also because a world without men? It was uncomfortable and fascinating to read about. This is a sure-fire hit, and rightly so." —Laura Jane Williams

"Topical, timely, imaginative, and ultimately hopeful."--Katie Khan, author of Hold Back the Stars

"An incredible achievement--both a breath-taking feat of imagination and a wise, steady eye on the world as it is."--Jessica Moor, author of The Keeper

“Moving, thought-provoking and terrifyingly prescient.”—Tami Cohen, author of When She Was Bad

“A powerful, gripping book that has made me feel a little better about the world we are living in right now.”—Bryony Gordon, author of No Such Thing as Normal
Read More 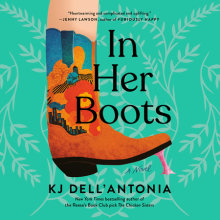 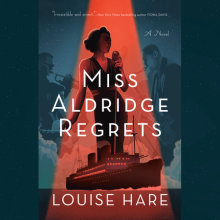 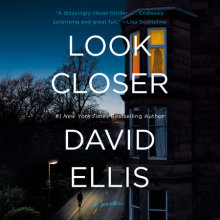