home
x
Subscribe
- Penguin Audio -
Written By: Michelle Hart
Read By: Barrie Kreinik
15
Unabridged Download
-9780593557211 -
*Manufacturerâ€™s Suggested Retail Price. See retailer for details.
We Do What We Do in the Dark
A Novel 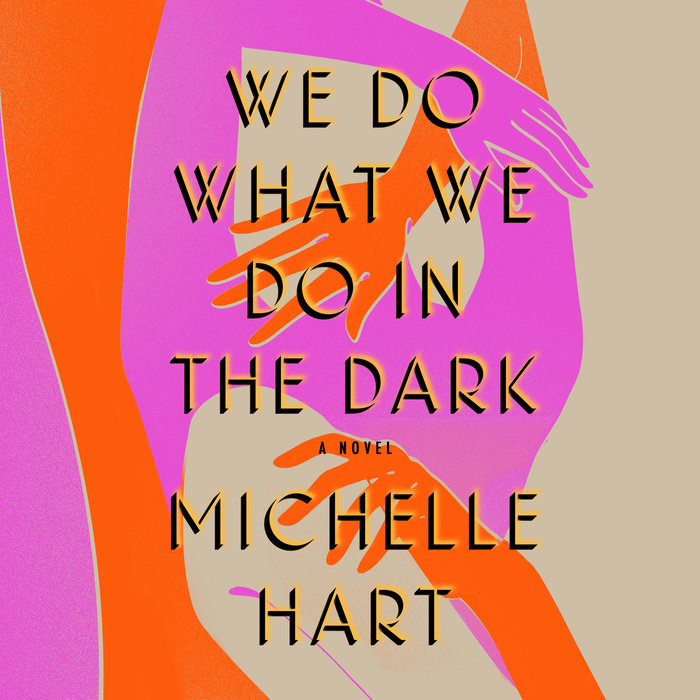 “An unforgettable account of a forbidden romance.” – Nicole Dennis-Benn, author of Patsy

“Moving and memorable.” – Meg Wolitzer, author of The Female Persuasion

“Sensual and wise.” – Tayari Jones, author of An American Marriage

A novel about a young woman’s life-altering affair with a much older, married woman.

Mallory is a freshman in college when she meets the woman. She sees her for the first time at the university’s gym, immediately entranced by this elegant, older person, whom she later learns is married and works at the school. Before long, they begin a clandestine affair. Self-possessed, successful, brilliant, and aloof, the woman absolutely consumes Mallory, who is still reeling from her mother’s death a few months earlier. Mallory retreats from the rest of the world and into a relationship with this melancholy, elusive woman she admires so much yet who can never be fully hers, solidifying a sense of solitude that has both haunted and soothed her as long as she can remember.

“Hart debuts with a transfixing queer coming-of-age novel about a woman’s affair with a much older professor….. Mallory’s intense interiority and self-consciousness will remind readers of Sally Rooney’s work, and Hart’s prose is delicate and piercing. This is auspicious and breathtaking.” – Publishers Weekly *STARRED review*

“Michelle Hart’s first novel is a haunting study of solitude and connection, moving and memorable.”
– Meg Wolitzer, author of The Female Persuasion and The Interestings

“Seductive and lyrical with poetic detail, this is an unforgettable account of a forbidden romance made extraordinary by Hart's precision and lyrical touch. A compulsive read that satisfies and haunts.”
– Nicole Dennis-Benn, author of Patsy and Here Comes the Sun

"It is a rare debut that exhibits the authority of voice and vision that Michelle Hart gives us in We Do What We Do In The Dark."
– Melissa Febos, author of Girlhood

“A gorgeous storyteller, Hart is gifted with a poet’s precision, blending image and idea. Sensual and wise, this novel channels the melancholic exhilaration of dangerous love.”
– Tayari Jones, author of An American Marriage

“A beautiful book so filled with sharp longing and perfectly phrased vulnerability that I read it in a reverent hush.”
– Torrey Peters, author of Detransition, Baby

“Reading this brilliant book is like holding a fierce yet trembling bird in your cupped hand, every page causes a tremble in your heart. You can’t put it down.”
– Akhil Sharma, author of Family Life
Read More