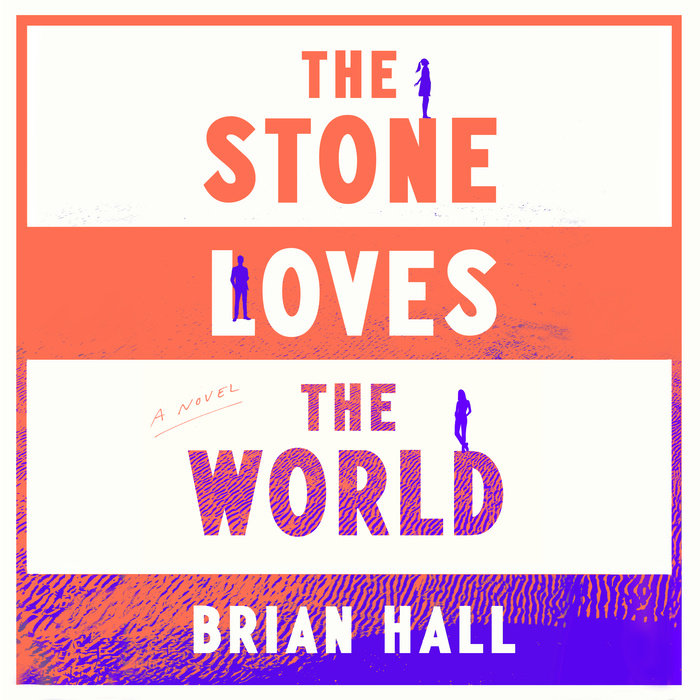 Written by: Brian Hall
Read by: Mark Bramhall, Jennifer Damon, Emma Galvin, Kaleo Griffith & Saskia Maarleveld
16 Hours and 17 Minutes Imprint: Penguin Audio Genre: Fiction - Literary Release Date: June 08, 2021
A warm, inventive, and multilayered novel about two families - one made up largely of scientists, and the other of artists and mystics - whose worlds collide in pursuit of a lost daughter

Mette, a twenty-year old programmer of visual effects for video games, lives with her mother, Saskia, an aspiring playwright, in Brooklyn. Mette is a private and socially awkward young woman, who finds something consoling in repetitive mathematical calculations. But she has been recently rejected in love, and feels stuck in an endless loop, no longer certain of her place in the world.

As Brian Hall's new novel opens, Mette has gone missing. Her disappearance forces Saskia to reunite with Mette's father, Mark, an emotionally distant astronomy professor in Ithaca, to embark on a journey together to find her. Mette's path will take her across America and then to a fateful visit with her charismatic grandfather, Thomas, who formerly ran the commune north of Ithaca where Saskia was raised, and who now lives as a hermit in a windmill on a remote Danish island.

Playing out over nine decades and three generations, and stitching together a dazzling array of subjects—from cosmology and classical music to number theory and  medieval mystery plays—The Stone Loves the World is a story of love, longing, and scientific wonder. It offers a moving reflection on the human search for truth, meaning, and connection in an often incomprehensible universe, and on the genuine surprises that the real world, and human society, can offer.
Read More
Praise for The Stone Loves the World:

“Expansive . . . Hall shows how the life of the mind offers a refuge from psychological distress and, in so doing, shapes our personalities.” —The New Yorker

“[A] strikingly original take on science, uncertainty, and the longing for connection to others and to the world . . . Hall takes a risk with sprawling, dense passages, and pulls it off by majestically drawing together the various threads of this consistently moving and entirely unconventional narrative. It’s a stellar achievement.” —Publishers Weekly (starred review)

“An expansive story that explores love and humanity through the binary of arts and sciences . . . charming . . . a lovely look at relationships and the different ways people see the world . . . The Stone Loves the World lays out the beautiful complexities of how generations can culminate in a person, as well as the strength and power of family even when you least expect it.” —The Harvard Crimson

“As the intersecting stories move back and forth in time, Saskia, Mark, and Mette put their everyday actions under the microscope of scientific, musical, theatrical, and mathematical principles, and the result is astonishing. [The Stone Loves the World] will lead readers on a glorious literary ride.” —Library Journal

“Hall does an impressive job channeling his characters’ intensely idiosyncratic personal monologues and their interests . . . while the novel touches on an almost unwieldy array of themes, one constant throughout is the impossibility of exerting logic and control on a fundamentally unpredictable world. A valiant attempt to encapsulate life, the universe, and everything.” —Kirkus Reviews

“A brilliant, brainy book about physics, astronomy, video games and the American Century. Hall’s intricate family saga charts vast social shifts even as it maps the emotional ups and downs of vivid individual lives. His characters' considerable smarts can’t save them from the mess of their emotional mistakes, but how they deal, and how they heal, gives the novel its irresistible narrative power.” —Geraldine Brooks, Pulitzer Prize-winning author of March and Horse

“In its patient, heartbreakingly comic evocation of loneliness across several generations, The Stone Loves the World recalls no novel so much as The Corrections.  Jam-packed with Boomer iconography and scientific arcana, this long-awaited new novel shows off Brian Hall’s immense talents. A deep and moving portrait of an unforgettable, very American family.” —Stewart O’Nan, author of Emily, Alone and Henry, Himself

“A detonation of a novel, breathtaking in its reach, brilliant in execution. I could say that in its verbal audacity and omnivorous curiosity it recalls Eugenides and Pynchon, or that in its fascination with the ways of science and music it’s reminiscent of Musil and Mann, but I’d be omitting worlds: its nimbleness, its contemporary flash, its courage, its irrepressible humor. In this extraordinary portrait of three generations of Americans burdened and blessed by genius, Hall has given us both a freeze-frame of our particular historical moment and a panoramic view of what used to be called ‘the human condition.’” —Mark Slouka, author of Nobody’s Son

“Brian Hall is brilliant, and he has written a wonderful, brainy, soulful novel that reaches wide and deep. Its characters are particular and achingly human. The Stone Loves the World is capacious, full of ideas as well as real heart.” —Dana Spiotta, author of Wayward and Innocents and Others

“I think Brian Hall is one of our greatest living authors and his latest reaffirms that status: it’s a sprawling, multigenerational drama that reintroduces both Hall’s exuberant genius and Saskia White, a protagonist that I first fell head-over-heels for twenty-five years ago in the pages of The Saskiad. The Stone Loves the World is a brilliant and entrancing follow-up and -- simply put -- it’s one of the best novels I’ve read in quite some time.” —Lauren Wilkinson, author of American Spy

“Beautiful . . . Saskia speaks in a pastiche of received languages, most of them—like the shards of the Odyssey that crop up everywhere—grandiose, stilted, and unexpectedly lovely.” —The New Yorker

“The Saskiad manages, magically, to attain mythic grandeur while remaining entirely true to its contemporary premise, simultaneously an adventure and a psychological portrait, simultaneously vast and meticulously, beautifully detailed and observed. The key to this breathtaking balancing act is Hall's passionate imagining of the inner life of his extraordinary protagonist; her coming-of-age is charted unsentimentally, with real insight, compassion and wit.” —Tony Kushner

“Some books open at the touch like an enchanted door. So it is with The Saskiad, [an] inspired coming-of-age story.” —The Washington Post

“Brian Hall is one of the quieter geniuses in American fiction. There’s not all that much noise made about him, but I love his work and it will last.” —Colum McCann

“No contemporary novelist I know of inhabits the minds and hearts of his characters more convincingly than Hall and, in a sense, we as readers live and die with them” —Howard Frank Mosher, The Denver Post 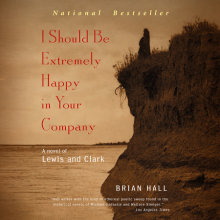