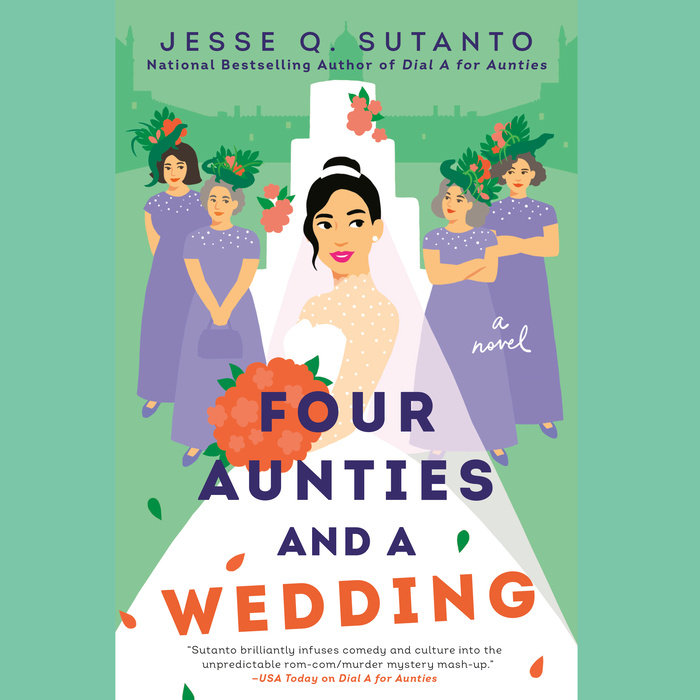 Written by: Jesse Q. Sutanto
Read by: Risa Mei
10 Hours and 20 Minutes Imprint: Penguin Audio Genre: Fiction - Mystery & Detective - General Release Date: March 29, 2022
The aunties are back, fiercer than ever and ready to handle any catastrophe—even the mafia—in this delightful and hilarious sequel by Jesse Q. Sutanto, author of Dial A for Aunties.

Meddy Chan has been to countless weddings, but she never imagined how her own would turn out. Now the day has arrived, and she can't wait to marry her college sweetheart, Nathan. Instead of having Ma and the aunts cater to her wedding, Meddy wants them to enjoy the day as guests. As a compromise, they find the perfect wedding vendors: a Chinese-Indonesian family-run company just like theirs. Meddy is hesitant at first, but she hits it off right away with the wedding photographer, Staphanie, who reminds Meddy of herself, down to the unfortunately misspelled name.

Meddy realizes that is where their similarities end, however, when she overhears Staphanie talking about taking out a target. Horrified, Meddy can’t believe Staphanie and her family aren’t just like her own, they are The Family—actual mafia, and they're using Meddy's wedding as a chance to conduct shady business. Her aunties and mother won’t let Meddy’s wedding ceremony become a murder scene—over their dead bodies—and will do whatever it takes to save her special day, even if it means taking on the mafia.
Read More
"Meddy Chan and her indomitable aunties are back in the hilarious Four Aunties and a Wedding by Jesse Q. Sutanto."—PopSugar

“Sutanto deftly blends preposterous humor (British slang, mafia posers) with enduring devotion to prove ‘there is no right or wrongway to ‘being Asian.’”—Booklist

“Charming, chaotic, and sometimes ridiculous, this tale will appeal to anyone who both adores and is embarrassed by their family, which is just about everyone.”—Publishers Weekly

“You can't help but get a kick out of the auntie’s outrageous stunts and their even bigger hearts. Keep your friends close and these four aunties closer.”—Kirkus

"Sutanto pushes you to the edge of your seat with this suspenseful rom-com that infuses humor and heritage."—USA Today

"There's a kind of magic to Sutanto's writing… She tackles complicated issues of culture and family ties while also creating convoluted plotlines that'll make you squeal with laughter."—The Wellesley News

"Heart, humor, and the mafia...this saga has it all!"—Woman's World
Read More 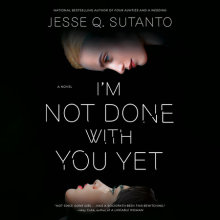 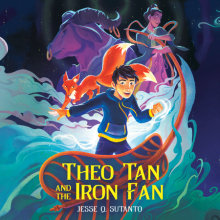 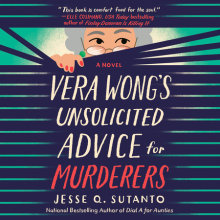 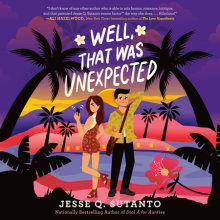