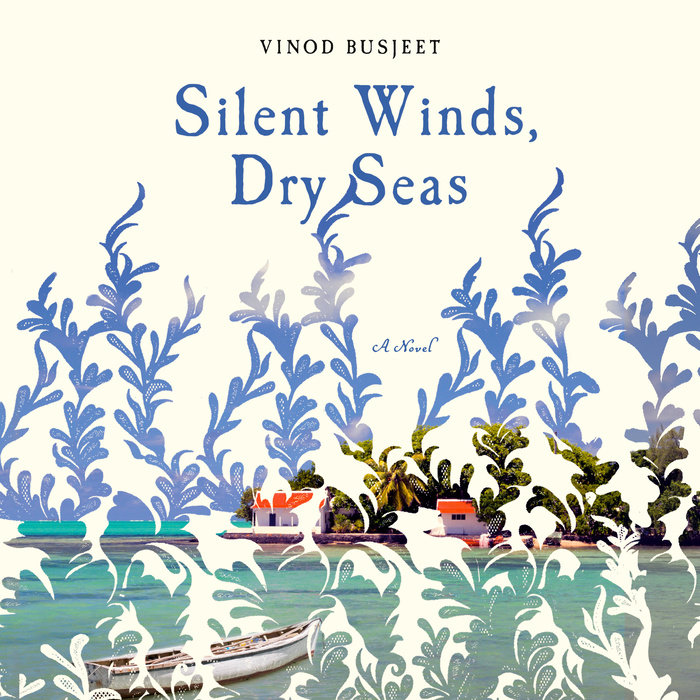 Written by: Vinod Busjeet
Read by: Mahesh Jadu
8 Hours and 33 Minutes Imprint: Random House Audio Genre: Fiction - Literary Release Date: August 17, 2021
ONE OF NPR'S BEST BOOKS OF THE YEAR • A sweeping debut novel that explores the intimate struggle for independence and success of a young descendant of Indian indentured laborers in Mauritius, a small multiracial island in the Indian Ocean.

"The beauty of Busjeet's splendid, often breathtaking book is, like the best stories of journeys to young adulthood, the precious and well-observed and heartbreaking details of day-to-day life." --Edward P. Jones, Pulitzer Prize winning author of The Known World

In the 1950s, Vishnu Bhushan is a young boy yet to learn the truth beyond the rumors of his family's fractured histories--an alliance, as his mother says, of two bankrupt families. In evocative chapters, the first two decades of Vishnu's life in Mauritius unfolds with heart wrenching closeness as he battles to experience the world beyond, and the cultural, political, and familial turmoil that hold on to him.

Through gorgeous and precise language, Silent Winds, Dry Seas conjures the spirit and rich life of Mauritius, even as its diverse peoples live under colonial rule. Weaving the soaring hopes, fierce love, and heart-breaking tragedies of Vishnu's proud Mauritian family together with his country's turbulent path to gain independence, Busjeet masterfully evokes the epic sweep of history in the intimate moments of a boy's life.

Silent Winds, Dry Seas is a poetic, powerful, and universal novel of identity and place, of the legacies of colonialism, of tradition, modernity, and emigration, and of what a family will sacrifice for its children to thrive.
Read More
ONE OF NPR'S BEST BOOKS OF THE YEAR • One of the Most Anticipated Books of the Summer by: The Millions, Paperback Paris, SheReads, and Book Culture

“Busjeet excels in vivid, tactile experiences and unforgettable Mauritian characters…Certainly, Silent Winds doesn't shy away from typical polarities: young versus old; tradition versus modernity; freedom versus repression; community versus individual. Yet, through the archetypal Vishnu, Busjeet charts the entire evolution of Mauritian society, grounded in its historical context, with sharp wit, poetic charm, and graceful insights…it is a much-needed addition to the small body of contemporary Mauritian literature.”
--NPR.com

"Migration and its opportunities are at the heart of Vinod Busjeet’s debut. . .The novel takes us through natural disasters, political upheaval, bureaucratic corruption and economic instability. For readers unfamiliar with Mauritius, this history is illuminating, the richness of detail showcasing some of the best writing in the book. . . A vivid rendering of a world unfamiliar to many."
--The New York Times

“The beauty of Busjeet’s splendid, often breathtaking book is, like the best stories of journeys to young adulthood, the precious and well-observed and heartbreaking details of day-to-day life.”
--Edward P. Jones, best-selling author of The Known World, winner of the Pulitzer Prize for Fiction

"Nearly half a million indentured workers landed in Mauritius, laboring for French Mauritian and British planters whose greed transformed the island into the world’s biggest sugar factory for a time. Busjeet’s novel offers a rare view of the society that evolved from this brutish system."
--The Paris Review

“Set primarily on the island nation of Mauritius, Busjeet’s inventive debut ping-pongs through time, combining poetic passages with linked tales to tell a story of family, politics, and yearning….Throughout, Busjeet consistently dazzles with Vishnu’s narration, conveying the character’s developing maturity, creativity—several poems by the narrator cover his early years—and deep feeling for people even tangentially in his orbit. This showcases a remarkable and confident writer.”
--Publishers Weekly, *starred* review

"Whether navigating the rigid caste society of Mauritius, where reputation and family honor mean everything, or learning the ropes of American academia and high finance, where money and power rule, Vishnu Bhushan is a picaresque hero worthy of Dickens. Silent Wind, Dry Seas is a complex, honest coming of age story."
--Stewart O’Nan, author of West of Sunset

"Most American readers of Silent Winds, Dry Seas are unlikely ever to travel to Mauritius, but Vinod Busjeet's evocation of the island a half century ago is so vivid and layered that they will feel, in the course of these remarkable pages, that they have made several extended and not-to-be-forgotten trips there. By turns tender and ironic, proud and self-deprecating, and written with superb clarity, this fine novel is replete with insights and pleasures.
--Thomas Mallon, author of Henry and Clara and Fellow Travelers

"This story of one young man's heart-wrenching—and often hilarious—journey from a colonial island steeped in ancient culture and customs to 1970's Connecticut, is rendered in a voice so wholly authentic—so wryly observant, so quietly intelligent and poetic, so intensely alive—that you cannot say at what point you have become completely addicted to it, only that you have. Busjeet's narrator, Vishnu, is a bona fide literary creation, and Silent Winds, Dry Seas feels like discovery: wonderfully fresh and new at the outset, profoundly accomplished and wise in the end. You will not forget the experience of the first time you read this brilliant novel."
--Tim Johnston, New York Times bestselling author of Descent and The Current

"Magnificent. . .With real talent, Busjeet leads you from hell to heaven, from the kingdom of childhood and innocence to an island world where narrow minds harbor petty hatreds and old secrets. . .A splendid song to courage and dignity, a human and poetic adventure.”
--Abdourahman Waberi, author of In the United States of Africa

“A pleasure to read; it has a terrific set of characters and situations, and the unknown landscape, for me, became part of the suspense of wondering what would happen next.”
--Antonya Nelson, author of Nothing Right: Short Stories and Bound

“I’ve never read anything quite like Vinod Busjeet’s poetic and dreamy novel Silent Winds, Dry Seas. A true original, rich in both comedy and heart, about a Mauritian man’s coming of age by a writer of great power."
--Jeff Parker, Where Bears Roam the Streets

“Silent Winds, Dry Seas is one of the first novels by a Mauritian author to be originally published in the United States. Deeply imbued with autobiographical elements, it is a coming-of-age story and a tale of emigration. But most of all, Silent Winds, Dry Seas is a love letter to Independence-era Mauritius. . .glowing encapsulations of a country’s conversation with itself that continue to linger in the reader’s mind long after the last page has been turned.” --World Literature Today