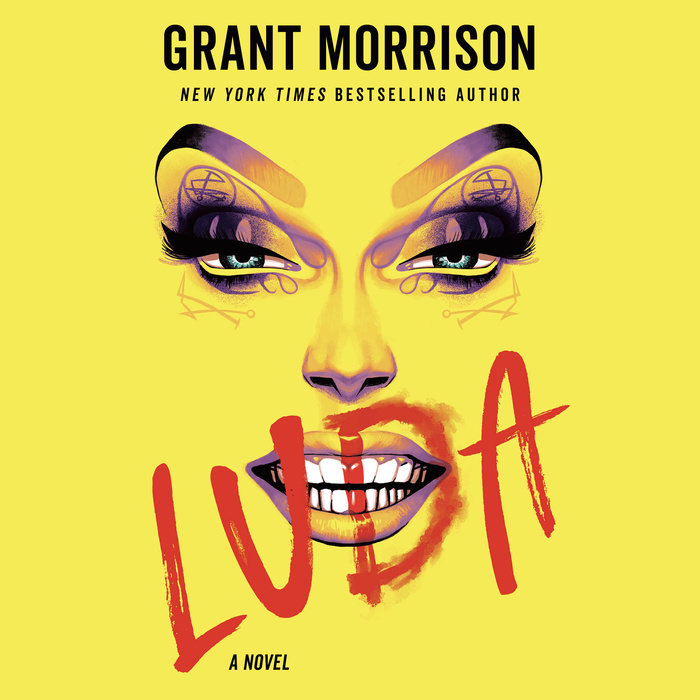 ONE OF THE BEST BOOKS OF THE YEAR: NPR

Luci LaBang is a star: For decades this flamboyant drag artist has cast a spell over screen and stage. Now she’s the leading lady in a smash hit musical. But as time takes its toll, Luci fears her star is beginning to dim.

When Luci’s co-star meets with a mysterious accident, a new ingenue shimmers onto the scene: Luda, whose fantastical beauty and sinister charm infatuate Luci immediately . . . and who bears a striking resemblance to Luci herself at a much younger age.

Luda begs Luci to share the secrets of her stardom and to reveal the hidden tricks of her trade. For Luci LaBang is a mistress of the Glamour, a mysterious discipline that draws on sex, drugs, and the occult for its trancelike, transformative effects.

But as Luci tutors her young protégée, their fellow actors and crew members begin meeting with untimely ends. Now Luci wonders if Luda has mastered the Glamour all too well . . . and exploited it to achieve her dark ambitions.

What follows is an intoxicating descent into the demimonde of Gasglow, a fantastical city of dreams, and into the nightmarish heart of Luda herself: a femme fatale, a phenomenon, a monster, and, perhaps, the brightest star of them all.
Read More
Praise for Luda

“Grant Morrison is a modern mythmaker—a once-in-a-lifetime storyteller who has crafted some of the most evocative sagas of our generation. With Luda, Morrison has created a mesmerizing, evocative, and unforgettable journey that still manages to be grounded and character driven. Luda discards the trappings of genre boundaries to concoct something wholly new and truly phenomenal.”—Alex Segura, bestselling author of Secret Identity

“Flamboyant and provocative, witty and incendiary, a delirious drag performance that alternates between spotlight bright and greasepaint sleazy. There are those who have been waiting their entire lives for Grant Morrison to write a novel. Some of those uninitiated will discover that, without knowing it, they were among their number all along.”—Kieron Gillen, co-creator of The Wicked + The Divine

“Morrison's debut novel twists genre and gender inside and out in a gonzo free fall through the world of drag theater.”—Gretchen Felker-Martin, author of Manhunt

“I suddenly realized that everything that I’m trying to say in my nonfiction work, and in some of my fiction work, has been so beautifully and so imaginatively expressed in the work of Grant Morrison.”—Deepak Chopra

“Morrison is a skilled word magician, seeking creativity in a cosmological dimension.”—Publishers Weekly

“Morrison possesses that trick of the best teachers—[they show] you how and why [they are] excited about these ideas, so you get excited by them as well.”—Austin American-Statesman
Read More