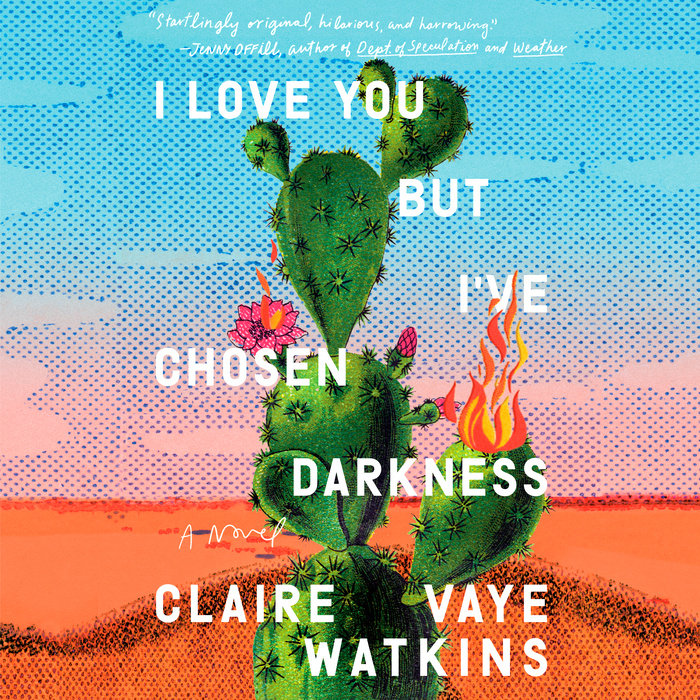 Named a Most Anticipated Book of Fall 2021 by The New York Times, USA Today, Vulture, The Week, and more!

“There’s some kind of genius sorcery in this novel. It’s startlingly original, hilarious and harrowing by turns, finally transcendent. Watkins writes like an avenging angel. It's thrilling and terrifying to stand in her wake.” —Jenny Offill, author of Dept. of Speculation and Weather

A darkly funny, soul-rending novel of love in an epoch of collapse—one woman’s furious revisiting of family, marriage, work, sex, and motherhood.

Since my baby was born, I have been able to laugh and see the funny side of things. a) As much as I ever did. b) Not quite as much now. c) Not so much now. d) Not at all. Leaving behind her husband and their baby daughter, a writer gets on a flight for a speaking engagement in Reno, not carrying much besides a breast pump and a spiraling case of postpartum depression. Her temporary escape from domestic duties and an opportunity to reconnect with old friends mutates into an extended romp away from the confines of marriage and motherhood, and a seemingly bottomless descent into the past. Deep in the Mojave Desert where she grew up, she meets her ghosts at every turn: the first love whose self-destruction still haunts her; her father, a member of the most famous cult in American history; her mother, whose native spark gutters with every passing year. She can’t go back in time to make any of it right, but what exactly is her way forward? Alone in the wilderness, at last she begins to make herself at home in the world.

“An audaciously candid story . . . . Watkins’s book sparks the same electric jolt that The Awakening must have sent juicing through Kate Chopin’s readers in 1899.” —The Washington Post

“A tour-de-force. . . . Much of motherhood literature can radiate a sort of wounded egotism, as if the greatest crime that society might commit against a woman were to think ill of her. Watkins, though, neither stews nor panders. She just follows her light.” —The New Yorker

“Unequivocally triumphant. . . . Watkins shows readers — and perhaps proves to herself — that one does not have to choose the lesser of two evils. A woman can want motherhood and the rest of her life.” —NPR

“[A] surreal autofiction masterpiece . . . .  written in sharp language that is both deeply funny and painful. Completely absent any navel-gazing or self-pity, it is a book that probes questions of family, feminism, ecology, and home, and refuses to settle on easy answers. . . . absolutely original.” –Los Angeles Review of Books

“Our most significant rising writer of the American West. . . . I Love You But I’ve Chosen Darkness is a road trip story gone wild. . . . It’s career-redefining and absolutely bonkers in all the best ways.” —Vulture

“The brutal, arid, electric terrain of remote California and Nevada crackles across almost every page. . . . trippy and beautiful, slippery and seductive—a unique psycho-geography of a region that is integral to the American vision and yet seems to have too few literary chroniclers.” —Vogue

“A beguiling, biting exploration of motherhood (and personhood) that weaves in rich biographical details and is set in the desert heat of her California and Nevada hometowns.” – Vanity Fair

“A beautifully arranged tackle box of everything Watkins does best — cut-through-the-bone narrative of family apocalypses; custom blending of the historical, the unimaginable and the impossible; enchanting, terrifying encounters with the American West.” –Los Angeles Times

“Daring . . . Boldly imagined and authoritatively told, this ambitious novel reminds us that Watkins is one of the most visionary writers working today.” —Esquire

“A wild, hilarious novel, told with a contagious, unchained ferocity. It's a wonderful book by an author who's quickly proven herself indispensable to American literature.” –Minneapolis Star Tribune

“Worth the wait. A bracing and reckless piece of autofiction set in the crackling terrain of the American West, it’s the work of a writer at the top of her game, her hand remaining steady even as her narrator’s life spirals exhilaratingly out of control.” –The Chicago Review of Books

“A dark, and darkly funny, work of autofiction from [a] gifted writer.” –USA Today

“A knockout of a book. Alternately funny and heartbreaking.” –Pop Sugar

“If the evocative name of the book doesn't grab you, Vaye Watkins' stylish prose likely will.” —Thrillist

“A simply incredible title, and the novel within definitely lives up to it. . . . a compelling portrait of a woman on the brink.” —Hey Alma

“[A] surreal, hilarious, and sneakily devastating hybrid of autobiography and fiction. . . . [with] a voice that blazes with ferocious wit and candor.” —Lit Hub

“A wily fusion of autobiography and imagination. . . . [Watkins is] reckless, infuriating, ribald, incisive, and hilarious. In the spirit of Edward Abbey, Hunter Thompson, and Joy Williams, Watkins has forged a desert tale of howling pain and a chaotic quest for healing mythic in its summoning of female power in a realm of double-wides, loaded dice, broken glass, and hot springs.” —Booklist (starred)

“There’s some kind of genius sorcery in this novel. It’s startlingly original, hilarious and harrowing by turns, finally transcendent. Watkins writes like an avenging angel. It's thrilling and terrifying to stand in her wake.” —Jenny Offill, author of Dept. of Speculation and Weather

“This book is stupendously good. It practically vibrates in its ferocious frankness, and is so funny too that one can’t help but fall for this voice, even in the pain, because of the pain, with the pain. A marvel.”—Aimee Bender, author of The Particular Sadness of Lemon Cake and The Butterfly Lampshade

"The most captivating voice to come out of the West since Annie Proulx -- though it's to early Joan Didion that [Watkins] bears comparison for her arid humor and cut-to-the-chase knowingness." —Vogue

"Watkins' vision . . . is mercilessly sharp. She's got a knife eye for details, a vicious talent for cutting to the throbbing vein of animal strangeness that scratches inside all of us." —NPR

"Watkins writes with a brutal kind of beauty. . . . [that] forces us to confront things we'd probably rather ignore, but because we're human, we can't." —Los Angeles Times

"The writing, with its tough sentimentality, is reminiscent of Denis Johnson's, but Watkins has a style of mordant observation all her own." —Harper's Bazaar

"Clear-eyed and nimble in parsing the lives of her Westerners, one of Watkins's strengths is not dodging that the simple fact that love can be tragic, involving, as it does, humans so flawed, so often tender and yet incapable." —The Boston Globe
Read More 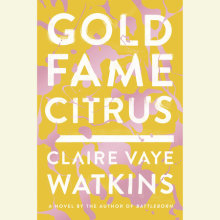