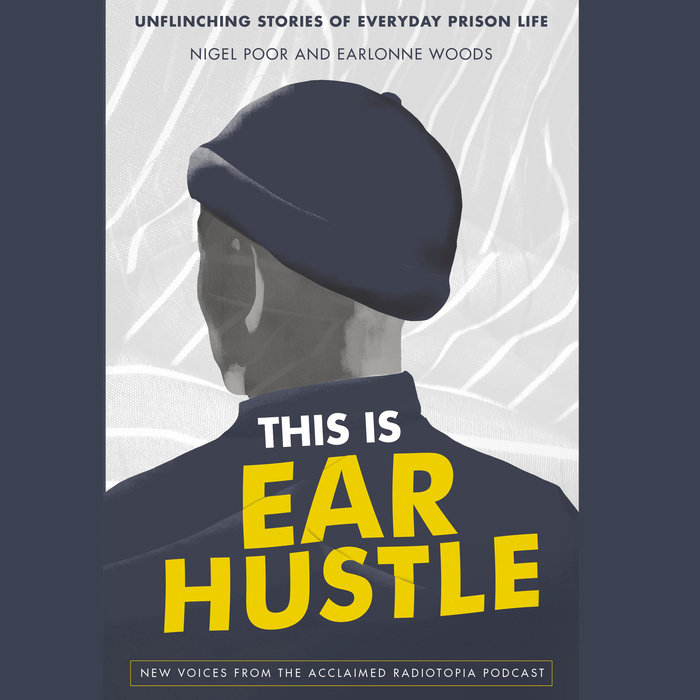 “A must-read for fans of the legendary podcast and all those who seek to understand crime, punishment, and mass incarceration in America.”—Piper Kerman, author of Orange Is the New Black

When Nigel Poor and Earlonne Woods met, Nigel was a photography professor volunteering with the Prison University Project and Earlonne was serving thirty-one years to life at California’s San Quentin State Prison. Initially drawn to each other by their shared interest in storytelling, neither had podcast production experience when they decided to enter Radiotopia’s contest for new shows . . . and won. Using the prize for seed money, Nigel and Earlonne launched Ear Hustle, named after the prison term for “eavesdropping.” It was the first podcast created and produced entirely within prison and would go on to be heard millions of times worldwide, garner Peabody and Pulitzer award nominations, and help earn Earlonne his freedom when his sentence was commuted in 2018.

In This Is Ear Hustle, Nigel and Earlonne share their own stories of how they came to San Quentin, how they created their phenomenally popular podcast amid extreme limitations, and what has kept them collaborating season after season. They present new stories, all with the same insight, balance, and rapport that distinguish the podcast. In an era when more than two million people are incarcerated across the United States—a number that grows by 600,000 annually—Nigel and Earlonne explore the full and often surprising realities of prison life. With characteristic candor and humor, their moving portrayals include unexpected moments of self-discovery, unlikely alliances, inspirational resilience, and ingenious work-arounds.

One personal narrative at a time, framed by Nigel’s and Earlonne’s distinct perspectives, This Is Ear Hustle reveals the complexity of life for incarcerated and formerly incarcerated people while illuminating the shared experiences of humanity that unite us all.
Read More
“A Prison University Project professor and a formerly incarcerated man bring together evocative first-person accounts from those who previously served in prison and those who remain there today in a starkly honest series of conversations.”—Newsweek

“In this unforgettable book, Nigel Poor, Earlonne Woods, and a range of fascinating people generously share their prison stories, inviting readers to understand human struggle in an inhumane system via humor, contemplation, and community.”—Piper Kerman, author of Orange Is the New Black

“This Is Ear Hustle is a jewel. Nigel Poor and Earlonne Woods are gifted storytellers, and their ability to draw intimate, authentic stories out of others is extraordinary. With grace and humor they walk through what life is really like behind bars, showing the humanity and depth of those they meet inside.”—Catherine Burns, artistic director, The Moth

“I listen to Ear Hustle because it doesn’t travel on the surface of the prison experience but dives deep into the humanity and transformation of those behind the walls with raw and authentic representation of the real San Quentin. Nigel and Earlonne find a way to take a world that is invisible to most and make it relatable to everyday life through stories of love, joy, family, and resilience—with a magical sense of hope.”—Scott Budnick, film producer and founder of the Anti-Recidivism Coalition

“The gift of the Ear Hustle podcast is that it’s just as revelatory for people who’ve done a bid as it is for those who have no idea what hearing a cell door closing really feels like. This Is Ear Hustle is the bildungsroman of one of the most influential pieces of art, broadcast journalism, and reportage to ever come out of a prison. Nigel and Earlonne have created a soundscape that is as inventive as it is provocative, and their book shows why we ear hustle, and why, somehow, sometimes, it makes us feel like we were there.”—Reginald Dwayne Betts, author of Felon

“I’m a big fan of these two angels of the radio, Earlonne and Nigel, whose dreamy collaboration, a conversation I love to listen in on, gives me joy and amusement, and also: hope.”—Rachel Kushner, author of The Hard Crowd and The Mars Room
Read More