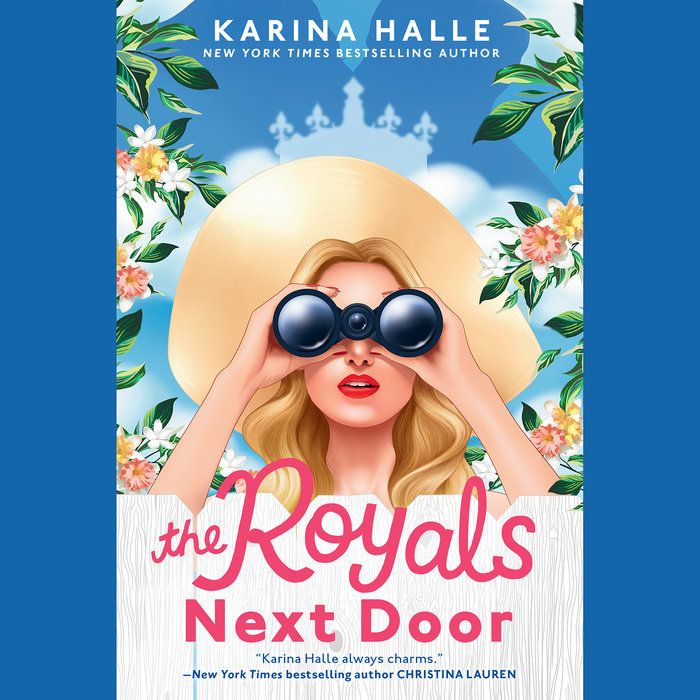 An ordinary summer goes royally awry when a prince and princess move next door, bringing their handsome bodyguard with them, from New York Times bestselling author Karina Halle.

Piper Evans: elementary school teacher by day--avid romance reader and anonymous podcaster by night. She has a quiet, reclusive life, taking care of her mother, who lives with mental illness, avoiding her regrettable ex, who bartends in town, and trying to make inroads in the tight-knit island community that still sees her, five years in, as an outsider.
And she's happy with how things are--really--until British royals rent the property next to hers and their brooding bodyguard decides she's a security threat. Piper quickly realizes that one person's fairy tale is an ordinary woman's nightmare as a media frenzy takes over the island and each run-in with Harrison Cole is hotter and more confusing than the last. But beneath Harrison's no-nonsense exterior lies a soft heart, one that could tempt a woman who's sworn off attachments into believing in white knights.

But when Piper finds herself smack in the middle of a royal scandal that rocks the island she'll need more than Harrison's strong arms to shield her--she'll have to do a little rescuing herself. With careers, hearts, and friendships on the line, Piper and Harrison will have to decide what they're willing to give up for a chance at their own happily ever after.
Read More
“Karina Halle always charms.”—Christina Lauren, New York Times bestselling author

"Prepare to fall hard for The Royals Next Door."—PopSugar

"A romance brimming with tension and fun, while putting mental health and trauma recovery at its center."—Library Journal
Read More