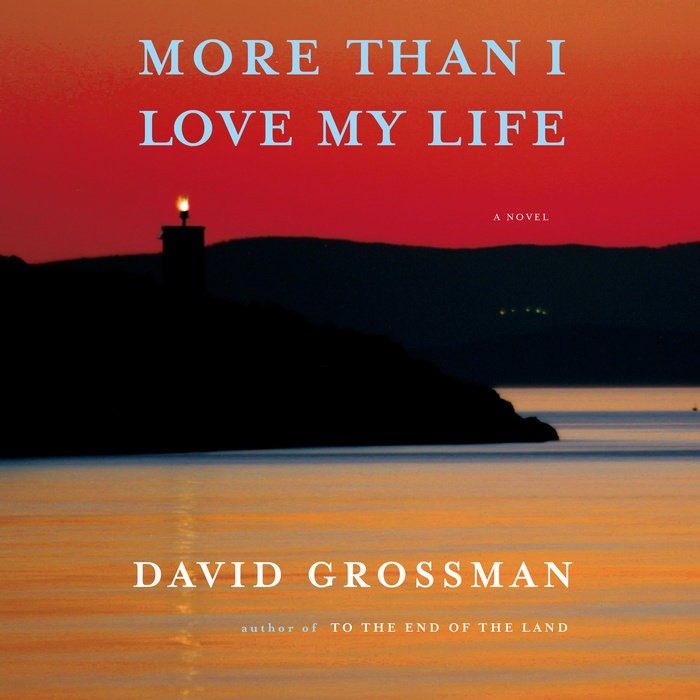 Written by: David Grossman
Read by: Gilli Messer
Translated by: Jessica Cohen
10 Hours and 48 Minutes Imprint: Random House Audio Genre: Fiction - Jewish Release Date: August 24, 2021
Man Booker International Prize
INTERNATIONAL BOOKER PRIZE NOMINEE • A remarkable novel of suffering, love, and healing—the story of three generations of women on an unlikely journey to a Croatian island and a secret that needs to be told—from the internationally best-selling author of To the End of the Land

“A magnificent book ... The way Grossman writes about these regions is unique, with a deep understanding of our experience.” —Josip Mlakić, Express (Croatia)

More Than I Love My Life is the story of three strong women: Vera, age ninety; her daughter, Nina; and her granddaughter, Gili, who at thirty-nine is a filmmaker and a wary consumer of affection. A bitter secret divides each mother and daughter pair, though Gili—abandoned by Nina when she was just three—has always been close to her grandmother.

With Gili making the arrangements, they travel together to Goli Otok, a barren island off the coast of Croatia, where Vera was imprisoned and tortured for three years as a young wife after she refused to betray her husband and denounce him as an enemy of the people. This unlikely journey—filtered through the lens of Gili’s camera, as she seeks to make a film that might help explain her life—lays bare the intertwining of fear, love, and mercy, and the complex overlapping demands of romantic and parental passion.

More Than I Love My Life was inspired by the true story of one of David Grossman’s longtime confidantes, a woman who, in the early 1950s, was held on the notorious Goli Otok (“the Adriatic Alcatraz”). With flashbacks to the stalwart Vera protecting what was most precious on the wretched rock where she was held, and Grossman’s fearless examination of the human heart, this swift novel is a thrilling addition to the oeuvre of one of our greatest living novelists, whose revered moral voice continues to resonate around the world.
Read More
INTERNATIONAL BOOKER PRIZE NOMINEE

“Cast[s] a spell that lingers . . . Grossman’s evocative gifts are in full force [and] his understanding of the opaque ways of love—sometimes subterranean, often unexpected or arbitrary—is unmatched . . . [His] novels have a cumulative power that subsumes mere plausibility. He succeeds in transcending the permutations of his plots and the localness of his settings—indeed, to make deliberate use of the Israeli template—to create themes of loss, the redemptive power of love, the immutable scars of history and the consoling effect of humor that resonate well beyond the world of the kibbutz or the background of the Holocaust . . . To read [Grossman] is to understand that there is a world beyond the political, even in these re-tribalized times, one in which there is room for recognition, however incomplete and often painful, of who we are in our own eyes and in one another’s.” —Daphne Merkin, The New York Times Book Reivew

“A somber and affecting tale without recourse to undue melodrama or psychobabble. This delicately crafted novel, crisply translated from the Hebrew by Jessica Cohen, is a fitting tribute to his friend.” —Houman Barekat, The Sunday Times (London)

“Another extraordinary novel from Grossman, a book as beautiful and sad as anything you’ll read this year . . . A book of secrets wrapped within secrets . . . It is a love story, a story about a family and their myriad individual tragedies. But it is also about the way that the personal can never be wholly separated from the political, about the lingering wounds of history, about how violence seeps into all the dark corners of a life. It is, in the end, about Israel.  . . . Immaculately translated by Jessica Cohen.” —Alex Preston, The Observer

“Concisely devastating . . . A powerful retelling of a Jewish woman’s extraordinary life . . . A story so emotionally, ideologically and morally complex that it takes all of Grossman’s considerable skills to render . . . He has demonstrated again that the novel—elastic, expansive, amenable to painful fragmentation—can provide a space for the most harrowing and resistant material.” —Alex Clark, The Guardian

“Tender and disquieting . . . Grossman shines a light on the victims of the violent split between Tito and Stalin, as well as on the stories people tell themselves to explain, survive, and forgive. And in Vera, who is nimble and sharp at 90, endlessly self-mythologizing, and possessed of a broken Hebrew that Cohen renders into idiosyncratic broken English, the author has created an unforgettable character. This adds another remarkable achievement to Grossman’s long list.” —Publishers Weekly (starred review)

“The undeniable moral strength of his voice is informed by a sharp awareness of the complex treacheries of the last century; it also accepts its responsibility to battle against attempts to forget or minimize those traumas.” —Susan Miron, The Arts Fuse

Praise from abroad for More Than I Love My Life

“To turn a ‘true story’ into a true story—universal and precise, haunted by destiny and graced with a complete humanity—requires the wisdom of a narrator like Grossman.” —Alessandro Zaccuri, Avvenire (Italy)

“A superb depiction of three generations of women in which the author fleshes out an absence.” —Florence Noiville, Le Monde (France)

“Captivating . . . David Grossman is a master of the literature of redemption.” —Volker Weidermann, Der Spiegel (Germany)

“To Grossman, it is something beyond politics and psychology that is important, something that is difficult to put into words, but which he nevertheless embodies: that life is, after all, better than death.” —Ingrid Elam, DN (Sweden)
Read More 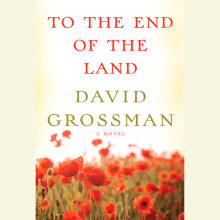