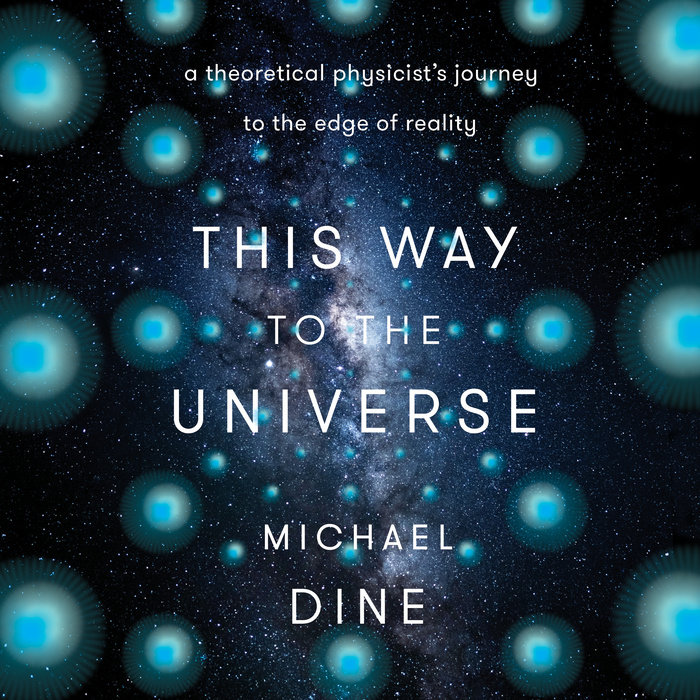 This Way to the Universe is a celebration of the astounding, ongoing scientific investigations that have revealed the nature of reality at its smallest, at its largest, and at the scale of our daily lives. The enigmas that Professor Michael Dine discusses are like landmarks on a fantastic journey to the edge of the universe.

Asked where to find out about the Big Bang, Dark Matter, the Higgs boson particle—the long cutting edge of physics right now—Dine had no single book he could recommend. This is his accessible, authoritative, and up-to-date answer. Comprehensible to anyone with a high-school level education, with almost no equations, there is no better author to take you on this amazing odyssey.

Dine is widely recognized as having made profound contributions to our understanding of matter, time, the Big Bang, and even what might have come before it. This Way to the Universe touches on many emotional, critical points in his extraordinary carreer while presenting mind-bending physics like his answer to the Dark Matter and Dark Energy mysteries as well as the ideas that explain why our universe consists of something rather than nothing. People assume String Theory can never be tested, but Dine intrepidly explores exactly how the theory might be tested experimentally, as well as the pitfalls of falling in love with math. This book reflects a lifetime pursuing the deepest mysteries of reality, by one of the most humble and warmly engaging voices you will ever read.
Read More
“This Way to the Universe is an accessible and impressively complete account of the history and current state of research in theoretical physics. Dine’s infectious enthusiasm about the quest for nature’s underlying truths is obvious on every page. Fellow science enthusiasts will enjoy this book and its unusual peek into the journey of a theoretical physicist.”
—Physics Today

This Way to the Universe an ideal primer for new graduate students who want to get a qualitative overview of the current state of fundamental physics, before delving into the more mathematical texts specific to their research. And even if you’re not an active physicist, the book will be perfect if you’re after some thought-provoking holiday reading.
—Physics World

“A comprehensive and uncompromising tour de force of literally all of fundamental physics.”
—BBC Sky At Night Magazine

“Renowned physicist Michael Dine takes us from the innards of the atom to the depths of black holes in this readable…celebration of science’s most mind-bending discipline. The text is conversational and full of delightful asides.”
—Scientific American

“Everything you wanted to know about physics but were afraid to ask. This Way to the Universe is a fascinating and sweeping tour of the history of ideas in modern physics and cosmology from a remarkable theoretical physicist and engaging storyteller. A riveting read, the book offers a ringside view to many of the latest theoretical and experimental developments from a key protagonist. A treat for the intellectually curious.”
—Priyamvada Natarajan, professor of astronomy and physics at Yale University and author of Mapping the Heavens

“Michael Dine takes the reader on a fascinating and wide-ranging tour of the world of physics, both theoretical and experimental, emphasizing the remarkable discoveries that make up modern physics and the daunting challenges that remain. Dine is a leader in theoretical physics and tells the story of the last few decades based on his own personal experiences and involvement.”
—Edward Witten, theoretical physicist and professor at the Institute for Advanced Study

“This book is a rare event: a grand overview of the leading ideas in modern fundamental physics, presented by someone who is a true master. Michael Dine has a well-deserved reputation for being a leading theorist who deeply cares about, and understands, the details of experiments and observations. This will be a rare combination of profound insight and empirical grounding that will delight a broad audience.”
—Sean Carroll, theoretical physicist at the California Institute of Technology; host of the Mindscape podcast; and author of From Eternity to Here, The Particle at the End of the Universe, and The Big Picture

“This book, written by one of the great masters of modern physics, is an extraordinary journey into what we know, what we hope to know, and what we don’t know, about the universe and the laws that govern it. Unlike other books on the subject, it does not try to sell you on the author’s pet theory. In a clear and honest way, it lays out all the most important problems, puzzles, and potential solutions that modern physics faces.”
—Leonard Susskind, professor of theoretical physics at Stanford University, and author of The Cosmic Landscape, The Black Hole War, and The Theoretical Minimum book series 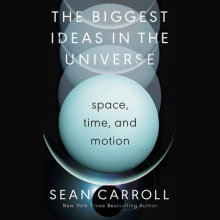