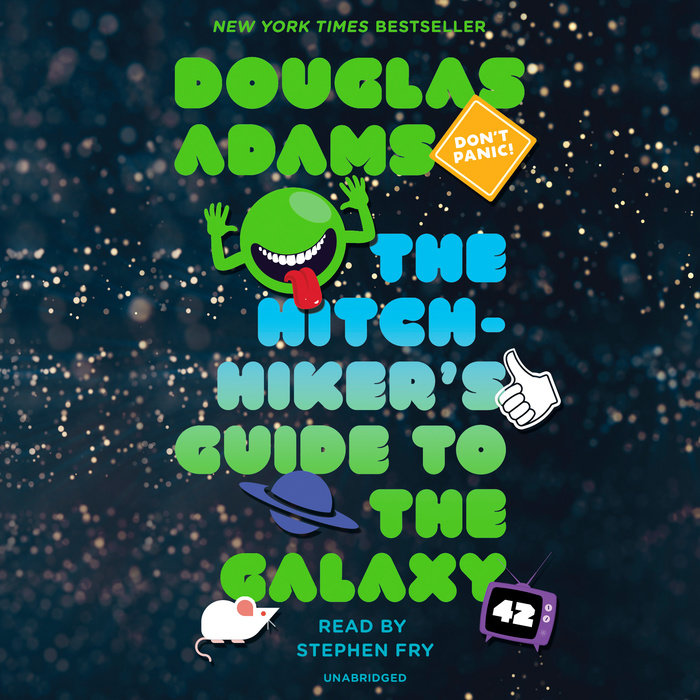 SOON TO BE A HULU SERIES • Now celebrating the pivotal 42nd anniversary of The Hitchhiker’s Guide to the Galaxy!

It’s an ordinary Thursday morning for Arthur Dent . . . until his house gets demolished. The Earth follows shortly after to make way for a new hyperspace express route, and Arthur’s best friend has just announced that he’s an alien.

After that, things get much, much worse.

With just a towel, a small yellow fish, and a book, Arthur has to navigate through a very hostile universe in the company of a gang of unreliable aliens. Luckily the fish is quite good at languages. And the book is The Hitchhiker’s Guide to the Galaxy . . . which helpfully has the words DON’T PANIC inscribed in large, friendly letters on its cover.

Douglas Adams’s mega-selling pop-culture classic sends logic into orbit, plays havoc with both time and physics, offers up pithy commentary on such things as ballpoint pens, potted plants, and digital watches . . . and, most important, reveals the ultimate answer to life, the universe, and everything.

Now, if you could only figure out the question. . . .
Read More
Don't panic! Here are words of praise for The Hitchhiker's Guide to the Galaxy!

"The feckless protagonist, Arthur Dent, is reminiscent of Vonnegut heroes, and his travels afford a wild satire of present institutions."

"Very simply, the book is one of the funniest SF spoofs ever written, with hyperbolic ideas folding in on themselves."

"As parody, it's marvelous: It contains just about every science fiction cliche you can think of. As humor, it's, well, hysterical."
Read More 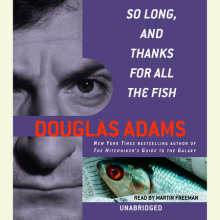 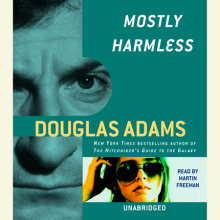 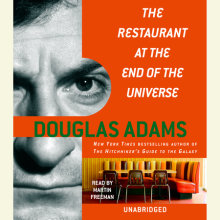 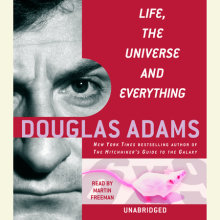