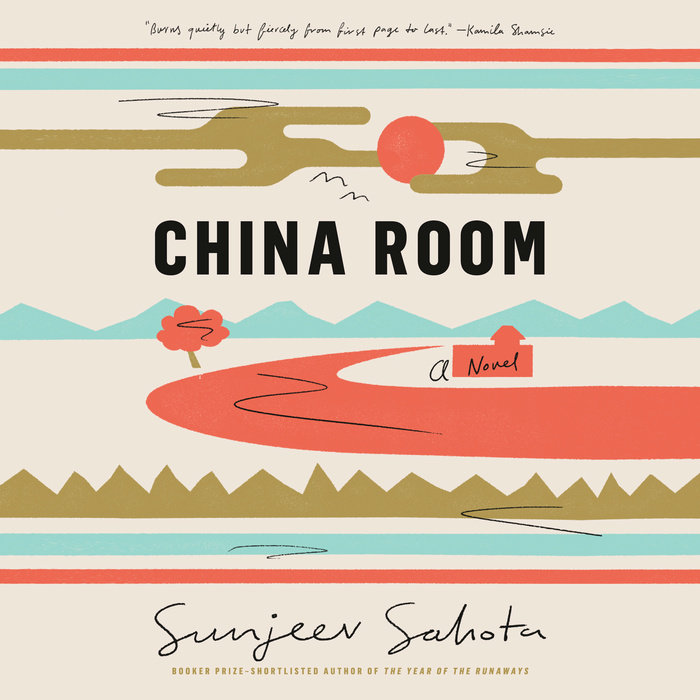 “An intimate page-turner with a deeper resonance as a tale of oppression, independence and resilience.” —San Francisco Chronicle

A transfixing, "powerfully imaged" (USA Today) novel about two unforgettable characters seeking to free themselves—one from the expectations of women in early twentieth-century Punjab, and the other from the weight of life in the contemporary Indian diaspora

Mehar, a young bride in rural 1929 Punjab, is trying to discover the identity of her new husband. Married to three brothers in a single ceremony, she and her now-sisters spend their days hard at work in the family’s “china room,” sequestered from contact with the men—except when their domineering mother-in-law, Mai, summons them to a darkened chamber at night. Curious and strong willed, Mehar tries to piece together what Mai doesn’t want her to know. From beneath her veil, she studies the sounds of the men’s voices, the calluses on their fingers as she serves them tea. Soon she glimpses something that seems to confirm which of the brothers is her husband, and a series of events is set in motion that will put more than one life at risk. As the early stirrings of the Indian independence movement rise around her, Mehar must weigh her own desires against the reality—and danger—of her situation.

Spiraling around Mehar’s story is that of a young man who arrives at his uncle’s house in Punjab in the summer of 1999, hoping to shake an addiction that has held him in its grip for more than two years. Growing up in small-town England as the son of an immigrant shopkeeper, his experiences of racism, violence, and estrangement from the culture of his birth led him to seek a dangerous form of escape. As he rides out his withdrawal at his family’s ancestral home—an abandoned farmstead, its china room mysteriously locked and barred—he begins to knit himself back together, gathering strength for the journey home.

Partly inspired by award-winning author Sunjeev Sahota’s family history, China Room is both a deft exploration of how systems of power circumscribe individual lives and a deeply moving portrait of the unconquerable human capacity to resist them. At once sweeping and intimate, lush and propulsive, it is a stunning achievement from a contemporary master.
Read More
Named a best book of the summer by TIME, Lit Hub, Book Riot, and AARP

“Sahota is an enormously gifted writer . . . a bold storyteller who seems to have learned as many tricks from TV as from Tolstoy, and has a jeweller’s unillusioned eye for the goods . . . Lovely phrases glitter . . . Sahota’s ability to shine a phrase is not bought for the usual steep formalist price, at the expense of simplicity, intimate feeling, and solid representation. He’s both camera and painter, in a literary world that often separates those novelistic tasks.” —James Wood, The New Yorker

“[China Room] forges telling and skillful connections between the two very different eras, showing the ways that a place—a house, a room—can store up pieces of a remarkable past and release them, generations later, when someone comes looking.” —The Wall Street Journal

“A family saga both sweeping and granular . . . [that] examines agency, power and human connection.” —TIME

“[Sahota] is a restrained stylist whose details bloom in the imagination . . . [there is] respite, even solace, to be found in [his] precise and exhilarating observation.” —Claire Messud, Harper's Magazine

“In Mehar, Sahota has powerfully imagined a life under extreme constraint . . . Mehar’s great-grandson is a reminder that freedom is hard-won, but fear and anxiety can get passed down as heirlooms.” —USA Today

“[China Room] illuminates the lives of those hidden away by history and the passage of time . . . We all come from ancestors whose seemingly unendurable suffering enabled us to live our present lives. Sahota suggests that by unearthing their stories, we confront our individual and collective intergenerational pain.” —Washington Independent Review of Books

“With poise, restraint and deep intelligence . . . Sahota feeds us big, difficult themes—segregation and freedom, revolution and empire—in a form that is unsweetened, fresh and nourishing. Surely this, his third novel, will propel him up the shortlists to the prizewinning status he deserves.” —The Times (London)

“A lovely, dream-like novel . . . Sahota gives his period narrative the same effortless immediacy as his present-day one, yet his novel works by stealth, quietly beguiling the reader into an almost painful intimacy with his characters’ respective culturally circumscribed lives. I loved it.” —Daily Mail (London)

“Beautifully realized. . . Sahota is a truly original novelist, his prose sparingly precise in its beauty, steeped in kindness and deep humanity.” —The Times Literary Supplement (London)

“Themes of freedom and imprisonment are knitted through both stories, which, despite the historical setting, are resolutely inward-looking . . . Poised and poignant, China Room is a rare novel that makes you pause in its beauty.” —The Telegraph (London)

“Sahota’s beautifully crafted novel dovetails two stories from different eras… Both characters are prisoners of circumstance but, in their hunger for redemption, become emblematic of the human condition.” —The Mail on Sunday (UK)

“There is a scrupulous subtlety about that way that Sahota refuses to let his historical characters act as though they are in a historical novel . . . Sahota has demonstrated an ambitious need to adapt the specific and concrete to something less easy to pin down, complete with all the gaps and ruptures that life provides.” —The Guardian (London)

“[An] epic story about family secrets and the struggle to break free from the people and systems who try to hold others back.” —POPSUGAR

“An examination of power and gender, China Room will make you reexamine a culture across time.” —GoodMorningAmerica.com

“As beautiful as it is heart-shattering.” —Apartment Therapy

“Compelling and devastating . . . Through short chapters and sparse, tightly wrought prose, Sahota’s novel is both easy to read and difficult to put down. Something of a hometown hero, not only in the old steel town of Sheffield, where he currently resides, but also to British Indian and Asian writers, Sahota cements his place in a vibrant literary canon alongside Salman Rushdie, Kamila Shamsie, Mohsin Hamid, Hari Kunzru and others.” —BookPage

“Mesmerizing . . . Simultaneously visceral and breathless, this is one knockout of a novel.” —Booklist (starred review)

“Boisterous, emotional, and heartrending, China Room juggles questions of love, debt, and what it means to build a home alongside the history that carries us. Sahota navigates the worlds between where we believe we belong, where we end up, and the choices we make to close the distance along the way, with humanity, precision, and grace—China Room is a propulsive dream, intricately wrought, and Sahota is a maestro.” —Bryan Washington, author of Memorial

“China Room is a stunning novel, I'm blown away by it. It's so complex and yet lucid and easy, so perfectly achieved. I was gripped from the first page to the last.” —Tessa Hadley, author of The Past

“An intense drama of classic themes—love, family, survival, and betrayal—told with passion and precision in Sahota's economical, lyrical prose. China Room is a brilliant novel. I won't forget any of these characters.” —Adam Foulds, author of The Quickening Maze

“Such a thrilling combination of beauty and heartbreak. It's breathtaking.” —Charlotte Mendelson, author of When We Were Bad

“China Room, a multi-generational masterpiece based in part on Sahota’s family history, could well see him nominated [for the Booker] again.” —The Daily Mail (London), “Books to Look Out For 2021”
Read More